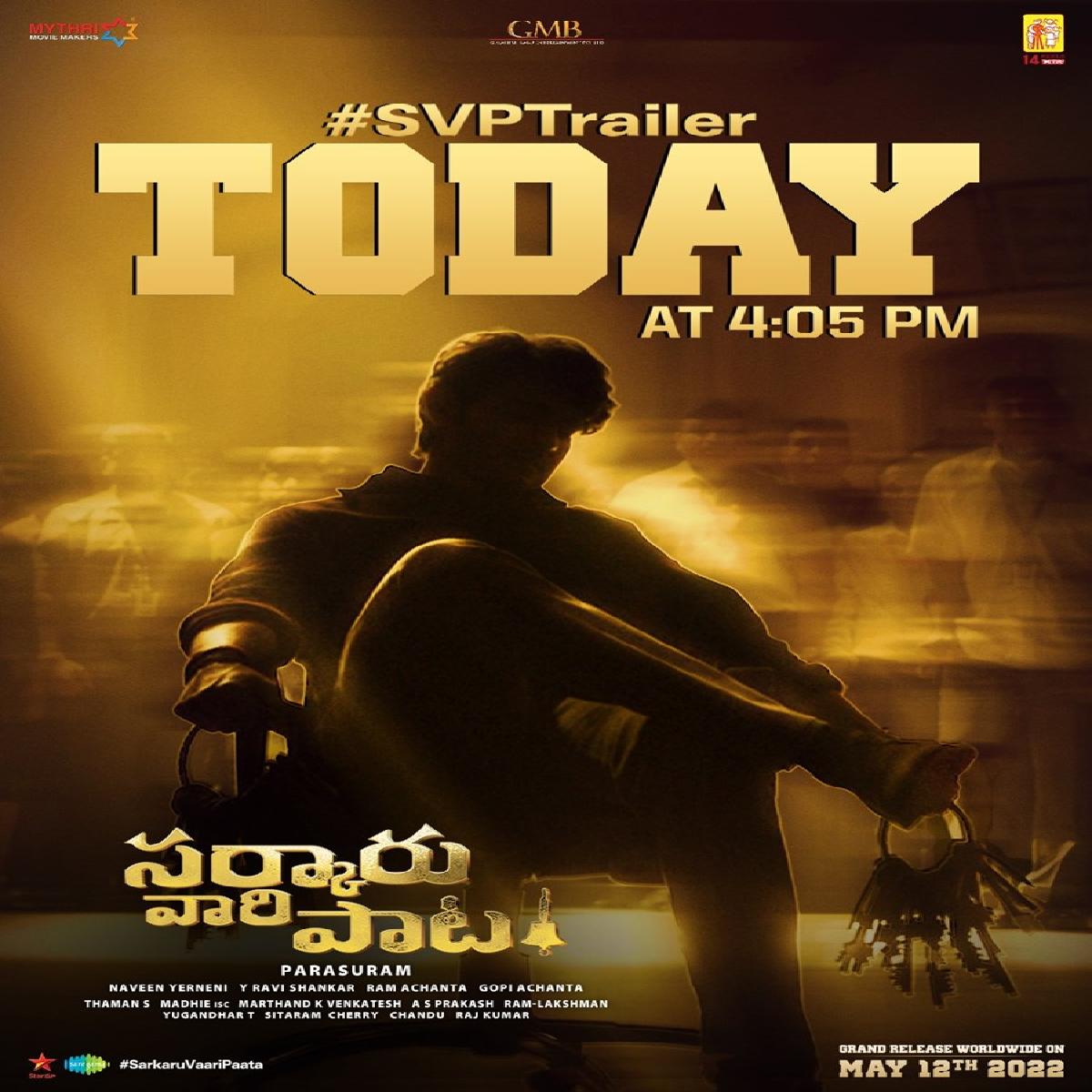 Finally the trailer for Mahesh Babu starrer much awaited action drama Sarkaru Vaari Paata will be out today.

The film's score and soundtrack is composed by S. Thaman with cinematography and editing performed by R. Madhi and Marthand K. Venkatesh respectively.

Sarkaru Vaari Paata was initially scheduled to release on 13 January 2022 but was deferred due to the pandemic and production delays. It is now scheduled to be theatrically released on 12 May 2022.