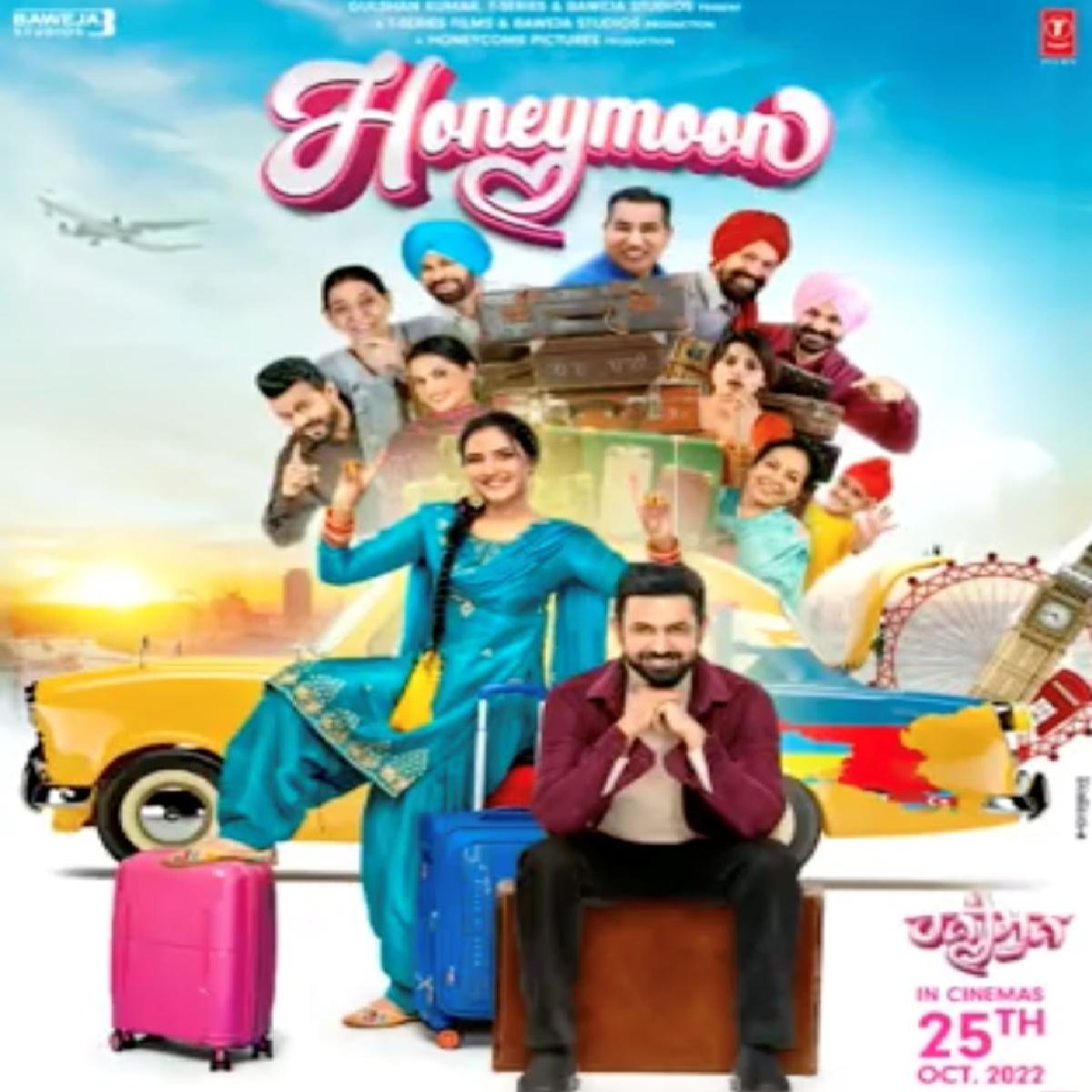 Actors Gippy Grewal and Jasmin Bhasin-starrer Punjabi film Honeymoon gets a stunning motion poster along with release date, the film will hit the cinema halls on 25th October 2022.

Helmed by Amarpreet G S Chhabra and jointly produced by Bhushan Kumar and Harman Baweja. The romantic comedy is penned by Naresh Kathooria, it revolves around a newly married couple, who want to go on their honeymoon.

But the groom is naïve and comes from a large family, he doesn’t know honeymoon actually means bonding with bride, rather than family vacation. Now, the bride and the groom are on honeymoon with 16 family members, which is only meant for the lovebirds.