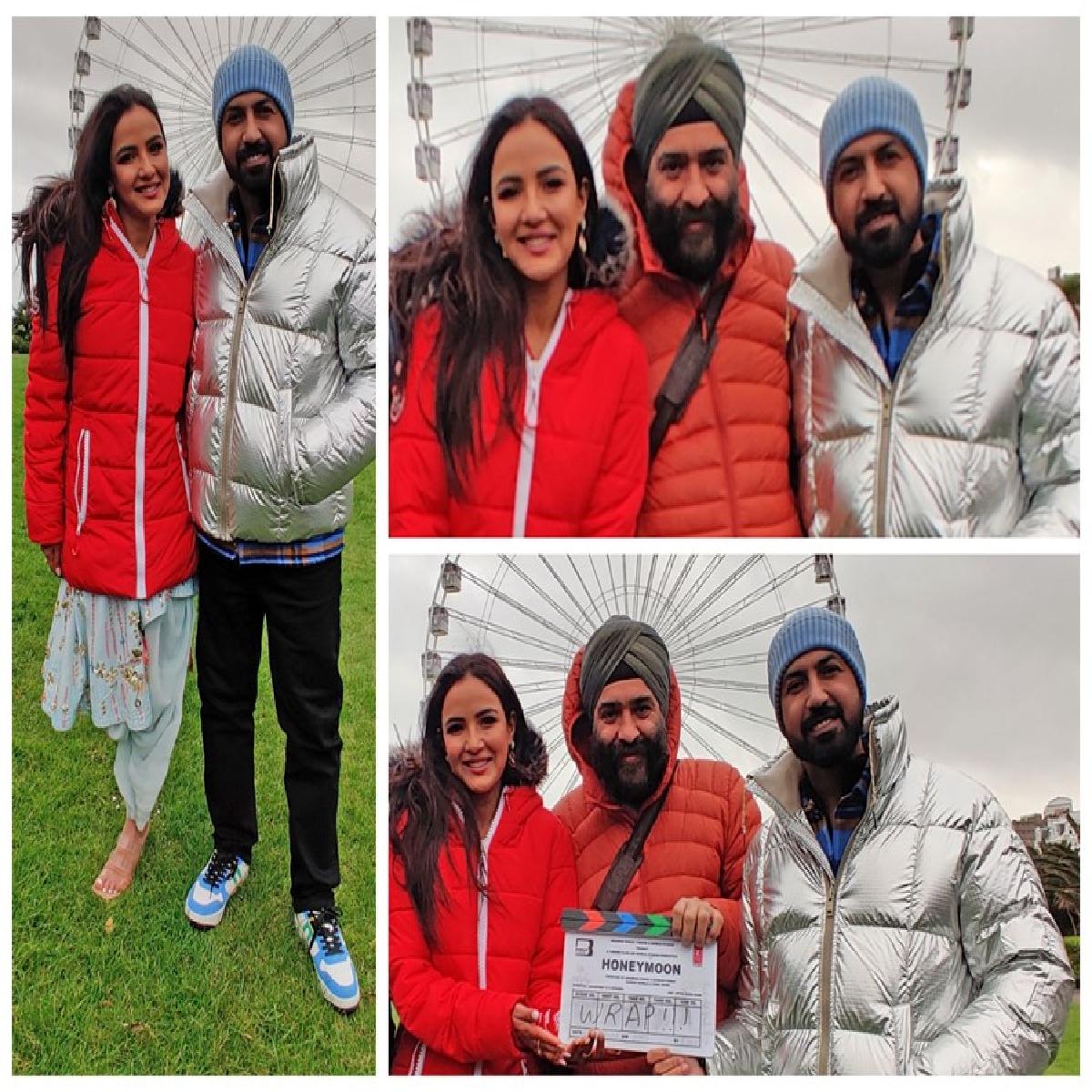 Honeymoon, starring Gippy Grewal and Jasmin Bhasin, wraps the shoot of the romantic comedy in the UK.

The romedy is written by Naresh Kathooria and directed by Amarpreet G S Chhabra. The shooting for the film started in Punjab and the team has wrapped up the final schedule in the United Kingdom.

Bankrolled by T-Series Films and Baweja Studios, Honeymoon revolves around the story of the just married couple- Deep & Sukh who want to go on their Honeymoon.

But Deep’s naive and extended family, blissfully unaware of what a honeymoon actually entails, tag along with the newlyweds, as they have never been out of their village. And thus begins a mad ride of 16 people traveling together on the honeymoon which is only meant for the lovebirds.

The makers of the film, have yet to unveil the release date.