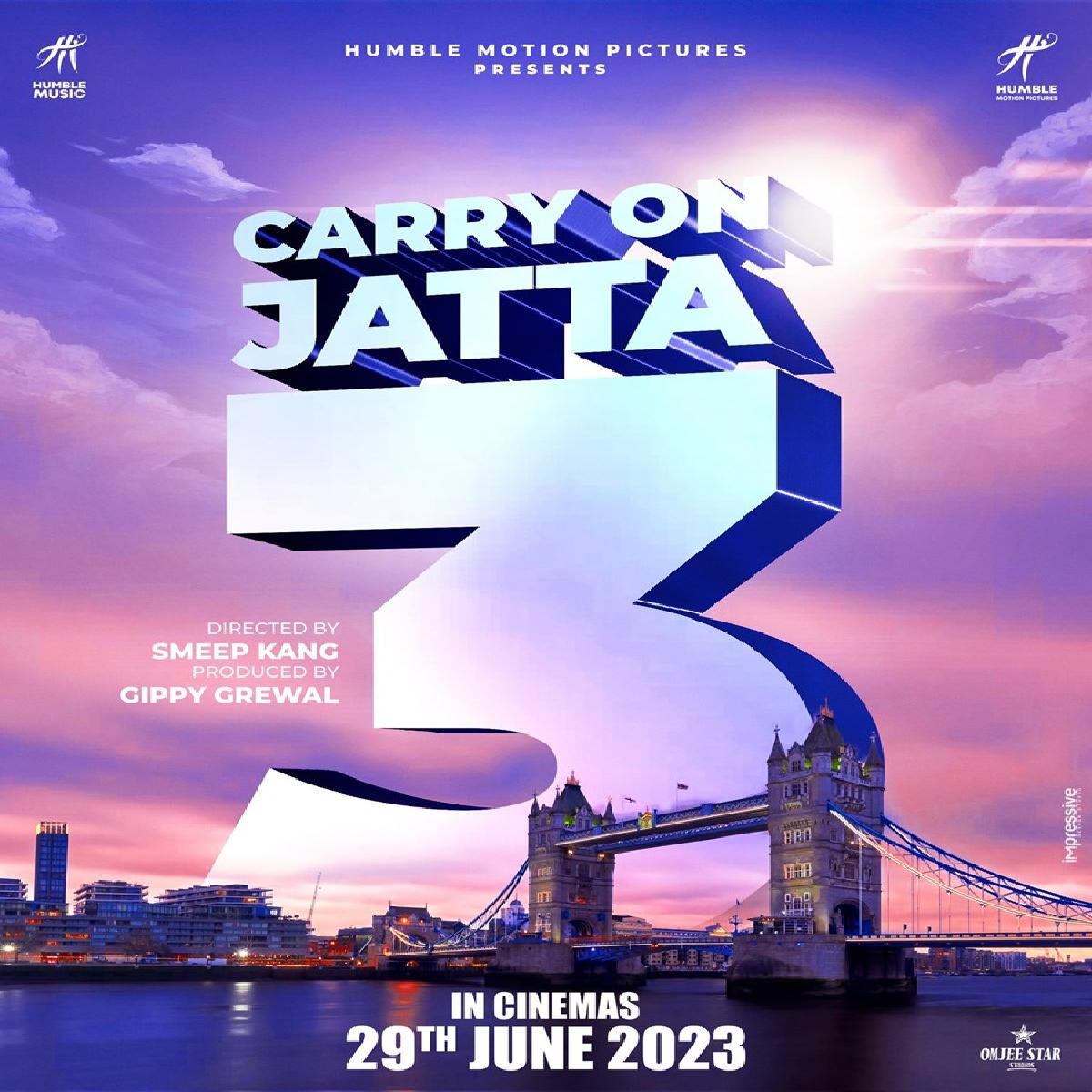 Punjabi sensation Gippy Grewal has announced the updates for his much-awaited movie 'Carry On Jatta 3.

Gippy took to his social media handle to announce the third part of his much-loved film franchise 'Carry On Jatta'. Sharing the announcement poster, he wrote, “Get Ready to go Rolling-on-Floor-Laughing, coz the Biggest Movie Legacy is Set to go back on Floors this October…#CarryOnJatta3 Coming to Cinemas on 29th June 2023…Director :- @SmeepKang, Producer:- @GippyGrewal, @GurpreetGhuggi @humblemotionpic @TheHumbleMusic”

Carry On Jatta' is a Punjabi comedy movie starring Gippy and Binnu Dhillon in prominent roles. It is a drama directed by Smeep Kang. The film is produced by Gippy Grewal's brother Sippy Grewal under his banner Sippy Grewal Productions.