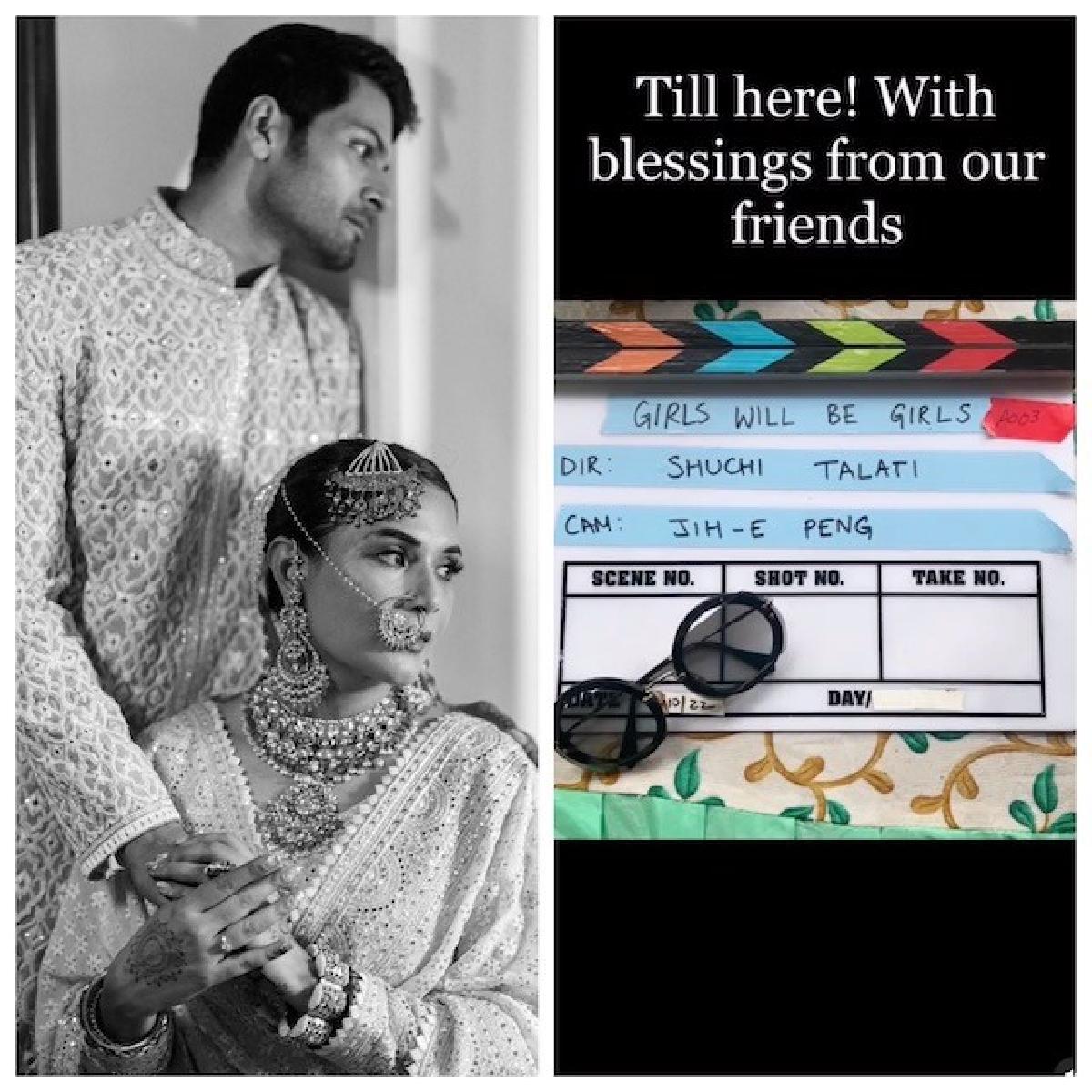 Newlywed Richa Chadha and Ali Fazal’s maiden production venture,  Girls will be Girls' has been started and it marks the Hindi debut of Malayalam actress Kani Kusruti.

Richa Chadha took to her social media and dropped a video post, confirming the movie, she captioned it, “A big thank you to providence ! Our little baby, our pipe-dream, our maiden production, ‘Girls Will Be Girls’ is on the floors in the beautiful state of Uttarakhand. It’s a co-production between @dolcevitafilmsfrance films, @chassagneclaire , @crawlingangelfilms, @sanjay__gulati and our humble @pushingbuttonsstudios! The film has been written and will be directed by Shuchi Talati”

“Remember this name, she will be a director to reckon with and stars the beautiful and very talented Kani Kusruti. Keep your eyes peeled for the rest of our spectacular cast , found by the living legend Dilip Shankar! Young actors, should you be so lucky as to get an opportunity to work with him, take it!!! Lots of love from us @alifazal9 and I to you #HumbleBeginnings #pushingbuttonsstudios #RiAli #GirlsWillBeGirls #ShuchiTalati” read the full note.

Girls will be Girls' went on the floors in Uttarakhand recently. The story is set in a boarding school in a small town in the Himalayan foothills and follows a 16-year-old Mira, whose rebellious coming of age is hijacked by her mother who never got to come of age.

The film is an Indo-French co-production being jointly produced by Pushing Buttons Studios, Crawling Angel Films and the French company, Dolce Vita Films.