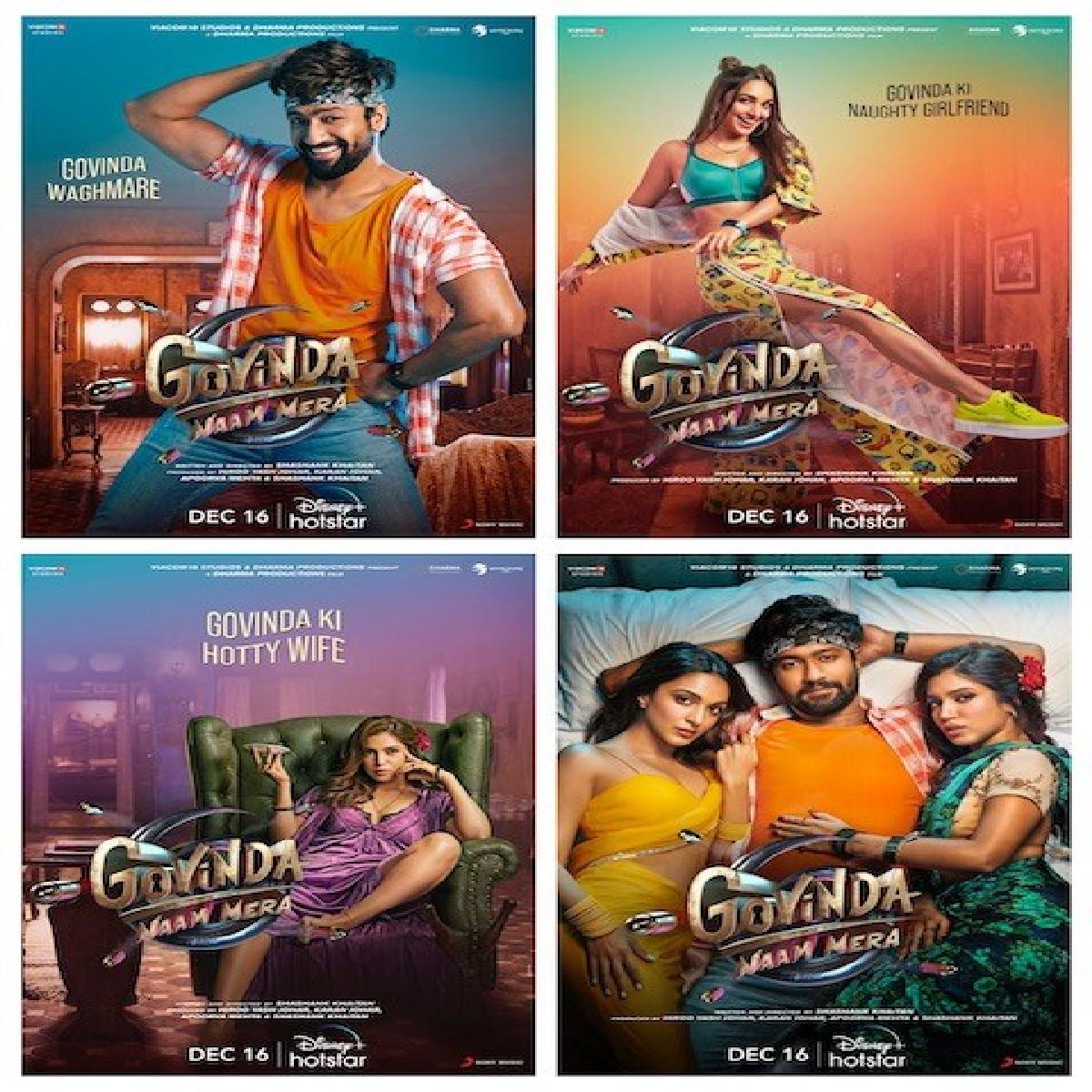 After unveiling an early promo about the film, the makers of Govinda Naam Mera, starring Vicky Kaushal, Kiara Advani and Bhumi Pednekar, finally gets first look poster and release date.

Helmed by Shashank Khaitan, and bankrolled by Dharma Productions, the comic caper will premiere on Disney+ Hotstar.

Govinda Naam Mera is a trippy and unique film, revolving around a street soldier Govinda, who is married but finds himself romancing a girlfriend as well.

The upcoming comedy crime thriller tells the tale of an underdog and the madness that surrounds his family.

Bankrolled by Dharma Productions in collaboration with Viacom18 Studios, the film will start streaming from 16th December only on Disney Plus Hotstar.