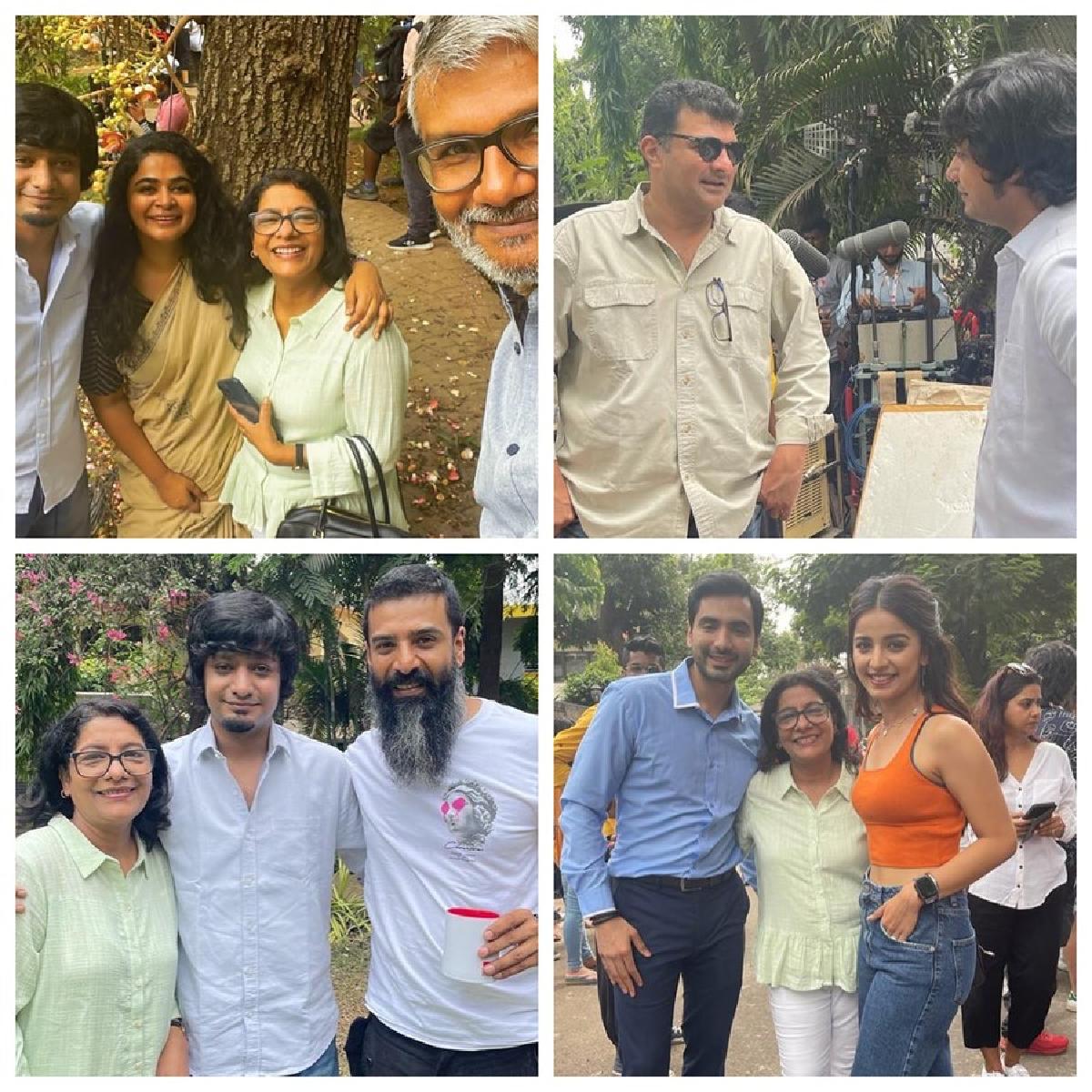 Author Varun Agarwal’s bestselling book, How I Braved Anu Aunty And Co-Founded A Million Dollar Company, is being adapted for a movie titled Bas Karo Aunty, and he is nothing but grateful, pens a heartfelt note on his social media.

Varun Agarwal took to his social media profile and shared pictures with entire ensemble and producers of the film and wrote, “Big Announcement : my book is getting made into a movie. And it’s all thanks to these wonderful and super nice people. In 2016 @ashwinyiyertiwari (director of Bareilly Ki Barfi) found my book and gave to @niteshtiwari22 (director of Dangal) and they decided to make a movie on it. Had Ashwiny not read my book probably none of this would have happened and I can’t thank the universe enough for throwing my book on her lap”

“Coincidentally I had met Siddharth Roy Kapur (producer Dangal) in 2014 when we were both giving lectures at IIM Lucknow. I had given him my book on his flight back to read. And life has such a funny way of coming a full circle. He founded @roykapurfilms in 2016 and he decided to produce the film under his banner along with Ronnie Screwvala (producer Uri)”

“I wrote this book in 2012 and I had no idea that one day a movie would get made on it. I still remember when I was writing the book I wondered who would read it and probably it’s a foolish thing to write the book. Once a great man said “stay hungry and stay foolish” and I assure you that every word of it is true. If a regular middle class boy from Bangalore can dream it then so can you. Stay hungry and stay foolish. Great things are just round the corner:) This is for you Mayank. I love you and I miss you :) @ashwinyiyertiwari @niteshtiwari22 @roykapurfilms @ronnie.screwvala @foxstarhindi @rsvpmovies @ishwaksingh @mahima_makwana @gauravpandey7697 @mehrotranikhil” read the full note.

The young-adult comedy drama stars Ishwak Singh and Mahima Makwana, the film has gone on the floors today.