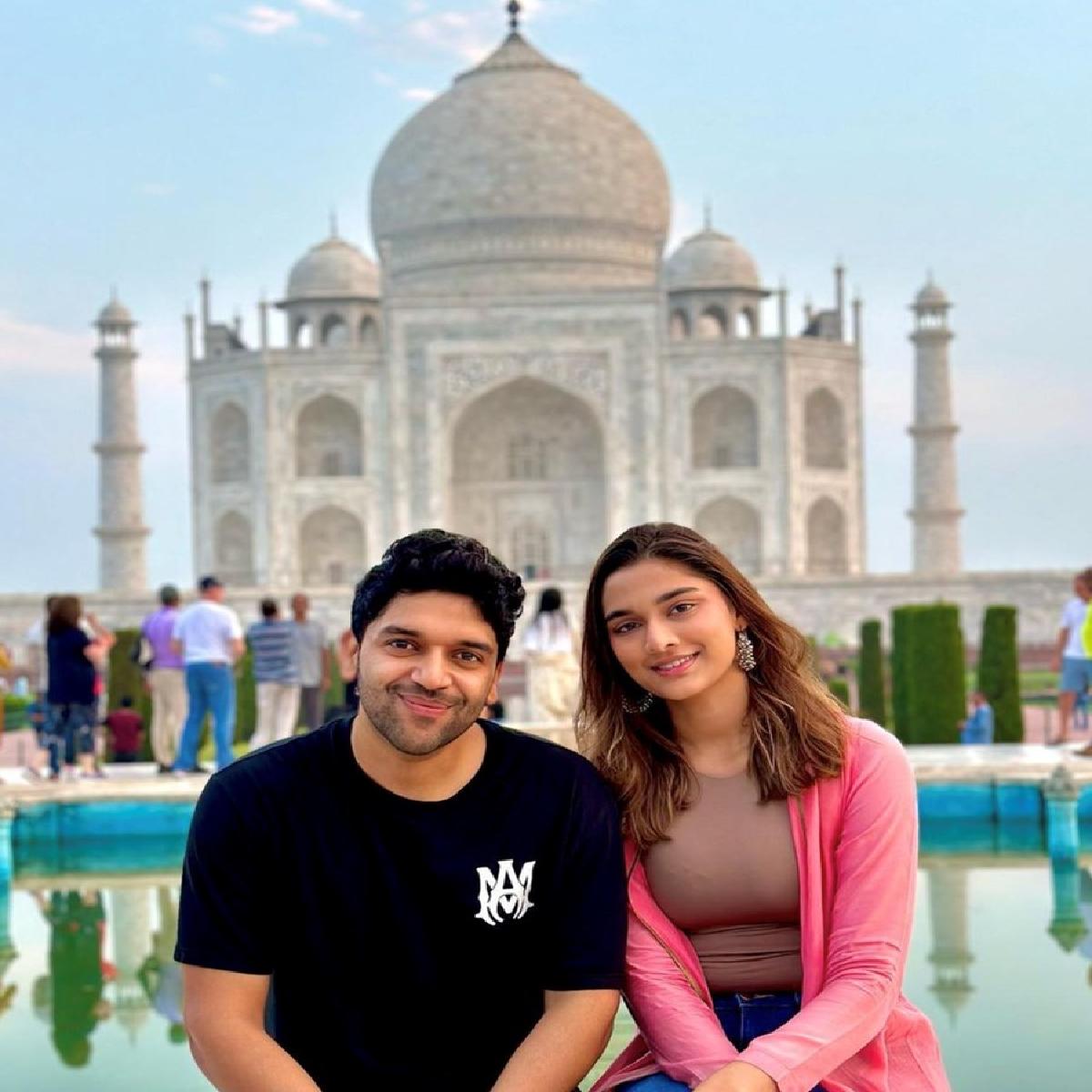 Popular singer Guru Randhawa is all set to make his acting debut with a romantic comedy titled Kuch Khatta Ho Jaay, and after unveiling the first look poster for the film, introduces his Heer.

The film pair Guru and Saiee for the first time, and sharing the deeds about Major actress character in the movie. Guru shared a picture with her in-front of Taj Mahal and wrote, “Heer Aur Iraa Ki Prem Kahani Aur Peeche Pyaar Ki Nishani #kuchkhattaahojaay, Meet my Iraa @saieemmanjrekar”