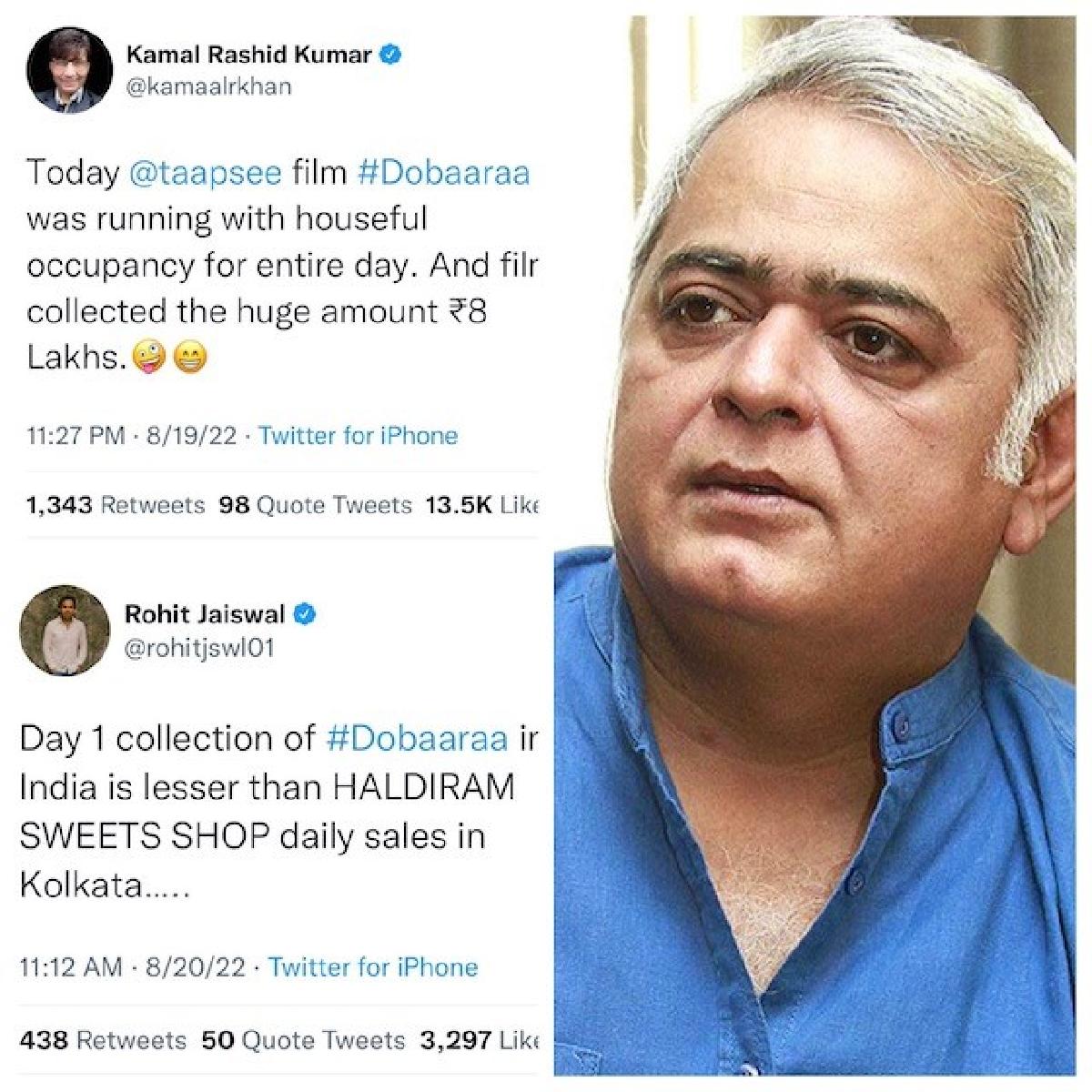 With boycott culture rampant on social media, self-proclaimed film critics and box-office experts has been hunting down movies and sharing uncalled information, some even cooking up stats to slam a film.

Defending the films collection on the opening day and slamming some of the film critics, Hansal Mehta wrote, “#Dobaaraa has done 72 lacs from 370 screens. Which is more than decent. It is these self-proclaimed experts/critics who are part of the malaise affecting us. The industry created these monsters by sucking up to them, paying them and now getting kicked in the back by them”

This is not the first time, Kamaal R Khan and his close cronies have been slammed on social media, but he refuses to let things be, and be more constructive.

We couldn’t agree more with Hansal Mehta, critics and reviewers needs to be little more careful and constructive with movies, not every single movie needs to be looked with disdain and slammed for no apparent reason. On the work front, Hansal Mehta is busy with Faraaz, Captain India, Scam 2003, Scoop and Dedh Bigha Zameen.