Hansika Motwani And Sohael Kathuriya Got Married In Jaipur 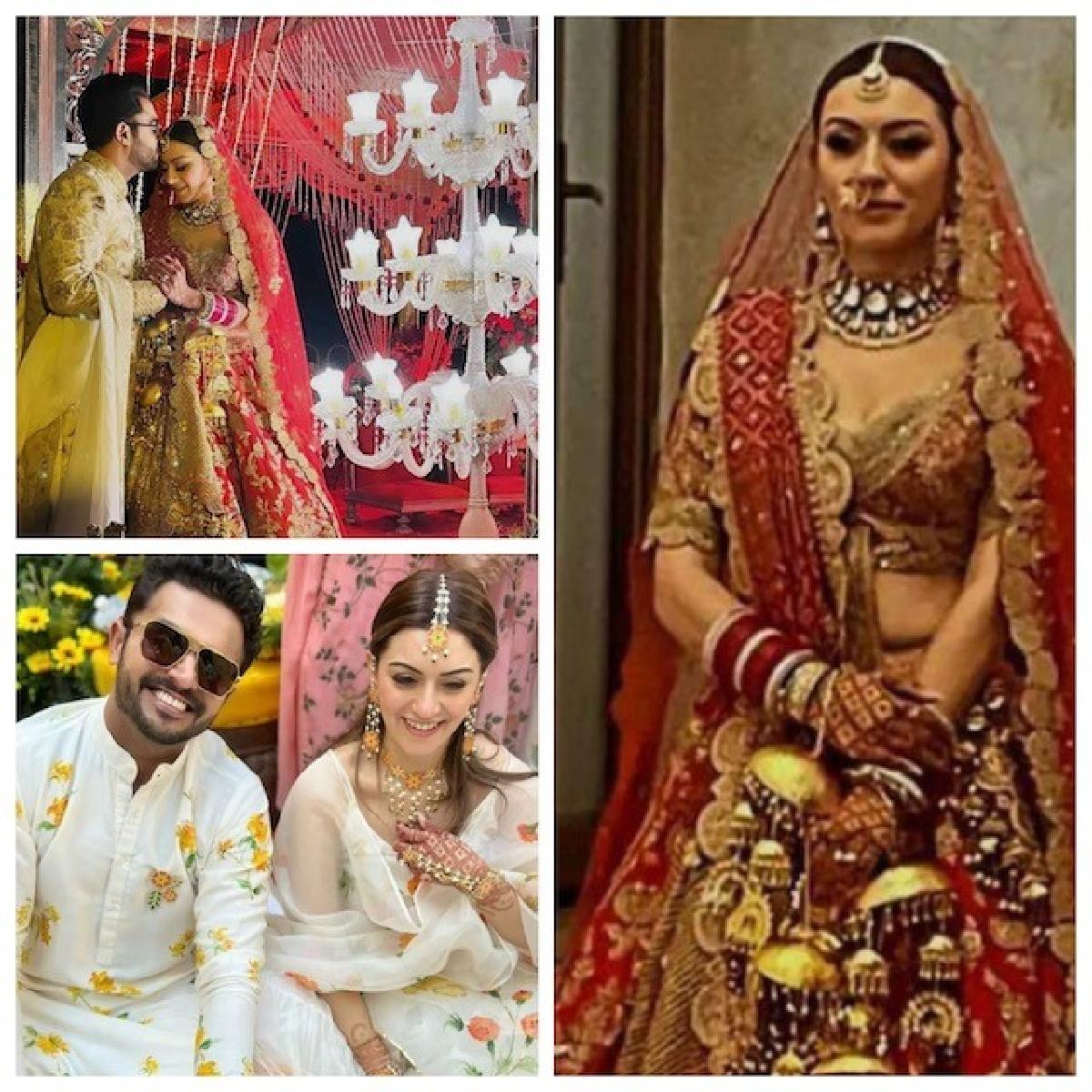 The actress announced her engagement to her close friend and business partner Sohael Kathuriya in October and finally got married in a traditional ceremony on December 4.

Hansika Motwani wore a traditional red lehenga while posing with her bride squad. Sohael wore an ivory sherwani for the ceremony. The theme of the wedding was derby and pastels.

She had a dream proposal in Paris in November, photos of which posted on the couple's social media handles had kept the fans' interest high. If reports are to be believed, Hansika and Sohael are childhood friends and have been dating for several years.

Hansika Motwani began her career as a child actor in Hindi TV shows and films like Shaka Laka Boom Boom and Koi Mil Gaya, respectively. She later went on to star in Telugu films including Desamuduru (2007), Kantri (2008) and Maska (2009).