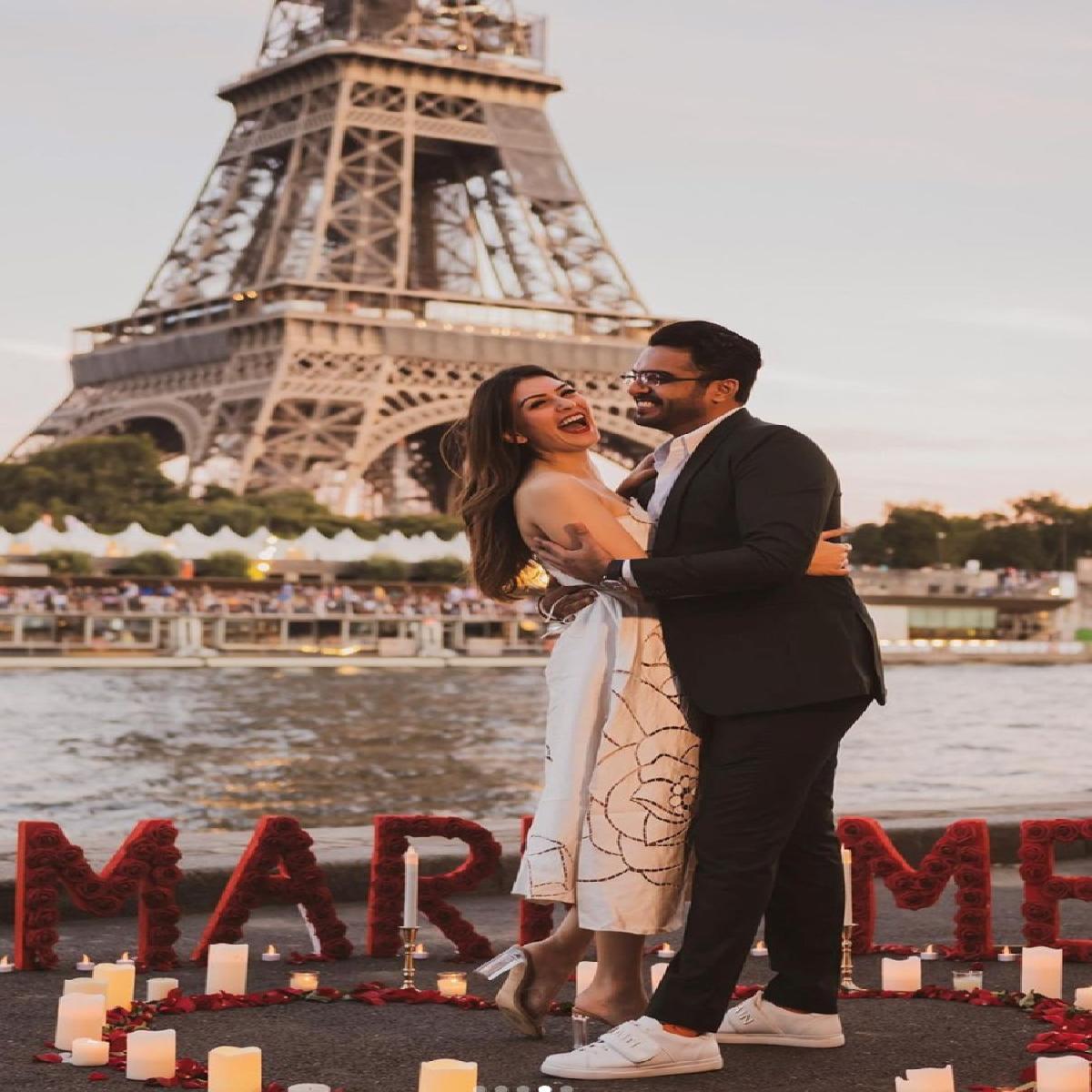 Sohael Khaturiya popped the question to Hansika in front of the Eiffel Tower in Paris. Actress took to her social media profile and shared a series of pictures from the proposal and her saying YES!

Hansika Motwani took to social media today to introduce her fiancé, Sohael, to the world. He is a Mumbai-based entrepreneur, who has collaborated with the actress on a business. She captioned her post, “Now&Forever”

Hansika Motwani and Sohael Khaturiya will reportedly tie the knot on December 4 at Mundota Fort and Palace in Jaipur, Rajasthan.

Hansika and Sohael will announce their wedding formally in the coming days. The pre-wedding festivities will begin on December 2 and will go on for three days.

Hansika Motwani’s father, Pradeep Motwani is a businessman and her mother, Mona Motwani is a dermatologist. Hansika began her television career with a serial called Shaka Laka Boom Boom. She later acted in the Indian serial Des Mein Niklla Hoga Chand and appeared as one of the children in Koi Mil Gaya with Preity Zinta and Hrithik Roshan.