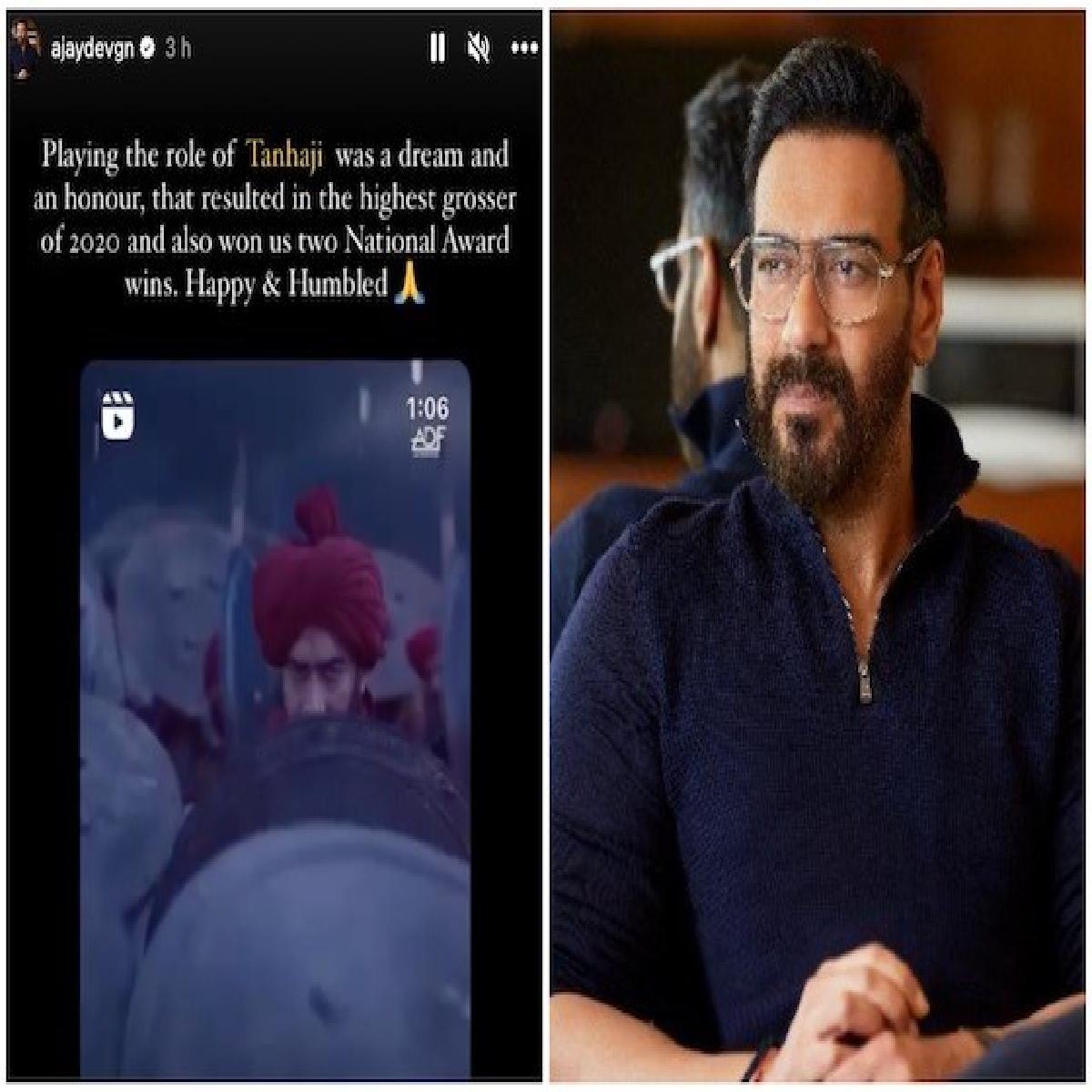 Ajay took to his social media and shared a story, it read, “Playing the role of Tanhaji was a dream and an honour, that resulted in the highest grosser of 2020 and also won us two National Award wins. Happy & Humbled"

The film involved Ajay in the role of Maratha warrior Taanaji Malusare, fighting for the principle of 'Bhagwa' (saffron) flag, 'Swaraj' (home-rule) and 'Satya' (truth).

Kajol essayed the role of the wife of Tanhaji -- Savitribai Malusare -- a strong character, who accompanied him in taking firm decisions. Saif played the antagonist, Uday Bhan, a Rajput official who works for Mughal Emperor Aurangzeb.

Meanwhile, Ajay will be next seen in an action thriller film 'Bholaa' along with actor Tabu, which is all set to hit the theatres on March 30, 2023.