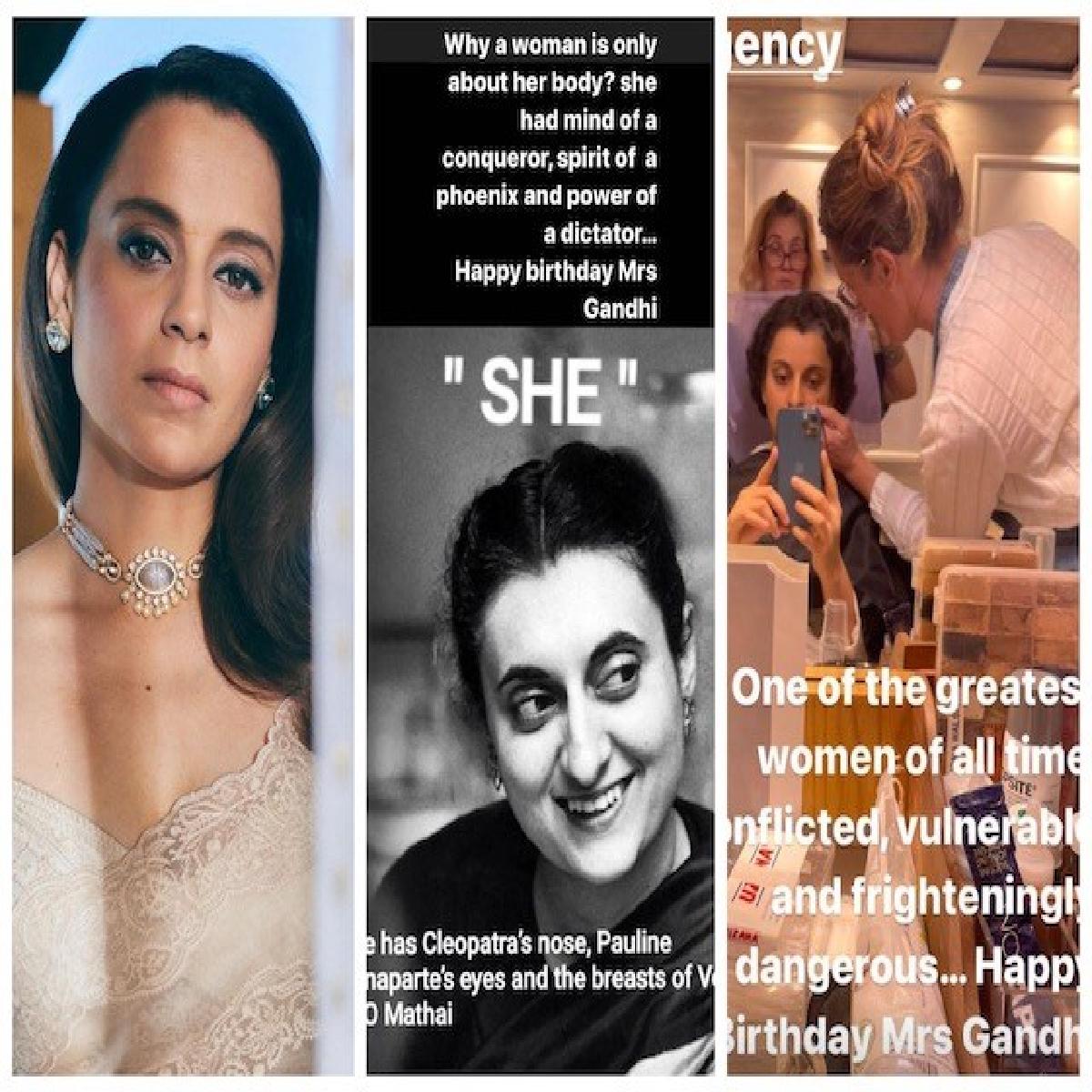 On Indira Gandhi's 105th birth anniversary, Kangana took to her social media and paid her a tribute.

Sharing a monochrome picture of Gandhi, she wrote, "Why a woman is only about her body' she had the mind of a conqueror, spirit of a phoenix and power of a dictator…Happy birthday Mrs Gandhi."

In a follow-up story, Kangana shared a BTS glimpse from the sets of ‘Emergency’, where she could be seen being decked up as the former PM. Continuing further she added, "One of the greatest women of all time, conflicted, vulnerable and frighteningly dangerous...Happy birthday Mrs Gandhi."

The film will tell the story of India's biggest political event when the Emergency was imposed in the country by Gandhi who was then Prime Minister. It lasted 21 months, from 1975 to 1977, it was withdrawn on March 21, 1977.

Besides 'Emergency', the 'Queen' actor also has director Sarwesh Mewara's 'Tejas' in her kitty, in which she will be seen portraying the role of an Indian Air force pilot. The official release date of the film is still awaited.