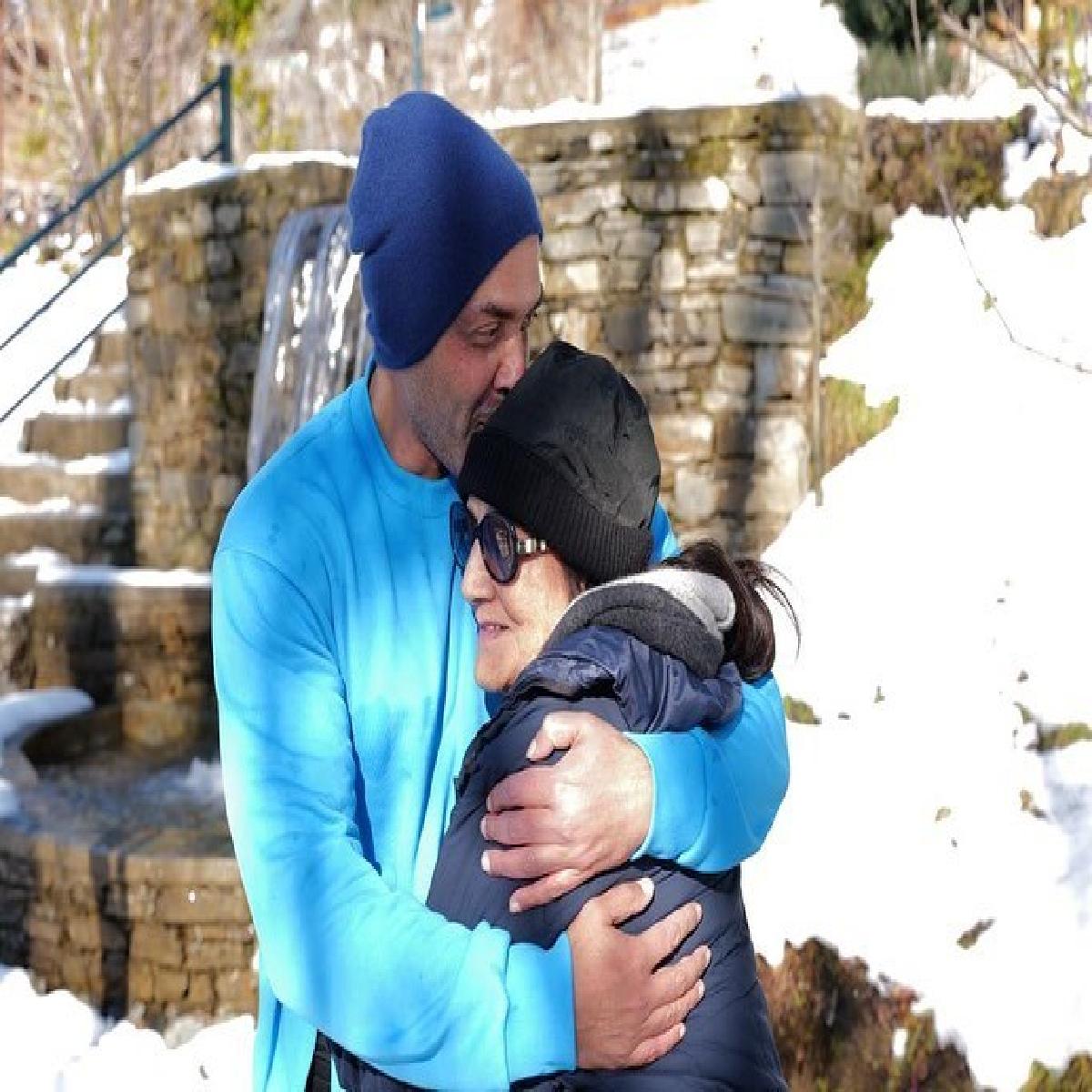 Bobby Deol wrote, "Happy birthday Maa. Love you".In one picture, Bobby is seen kissing his mother's forehead as she hugs him. The second image shows the mother-son duo happily posing against a wall covered in snow.

Dharmendra married Prakash Kaur in 1953 when he was yet to make his Bollywood debut. Apart from Bobby, Dharmendra also has a son Sunny Deol and daughters Vijeta and Ajeita with his first wife.

However, while working in films, Dharamendra's closeness with the famous actress Hema Malini started growing and in 1980 the two tied the knot. Dharmendra and Hema Malini have daughters Esha and Ahana together.

On the work front, Bobby and Sunny will be seen sharing screen space with their father in 'Apne 2', which is the sequel to their hit film 'Apne'. The new part will also star Dharmendra's grandson and Sunny's son Karan Deol.

Bobby is also busy with Abbas-Mustan’s Penthouse. A Netflix original also starring Arjun Rampal and Sharman Joshi, the slick and stylised whodunnit has been keenly anticipated since its announcement last March.