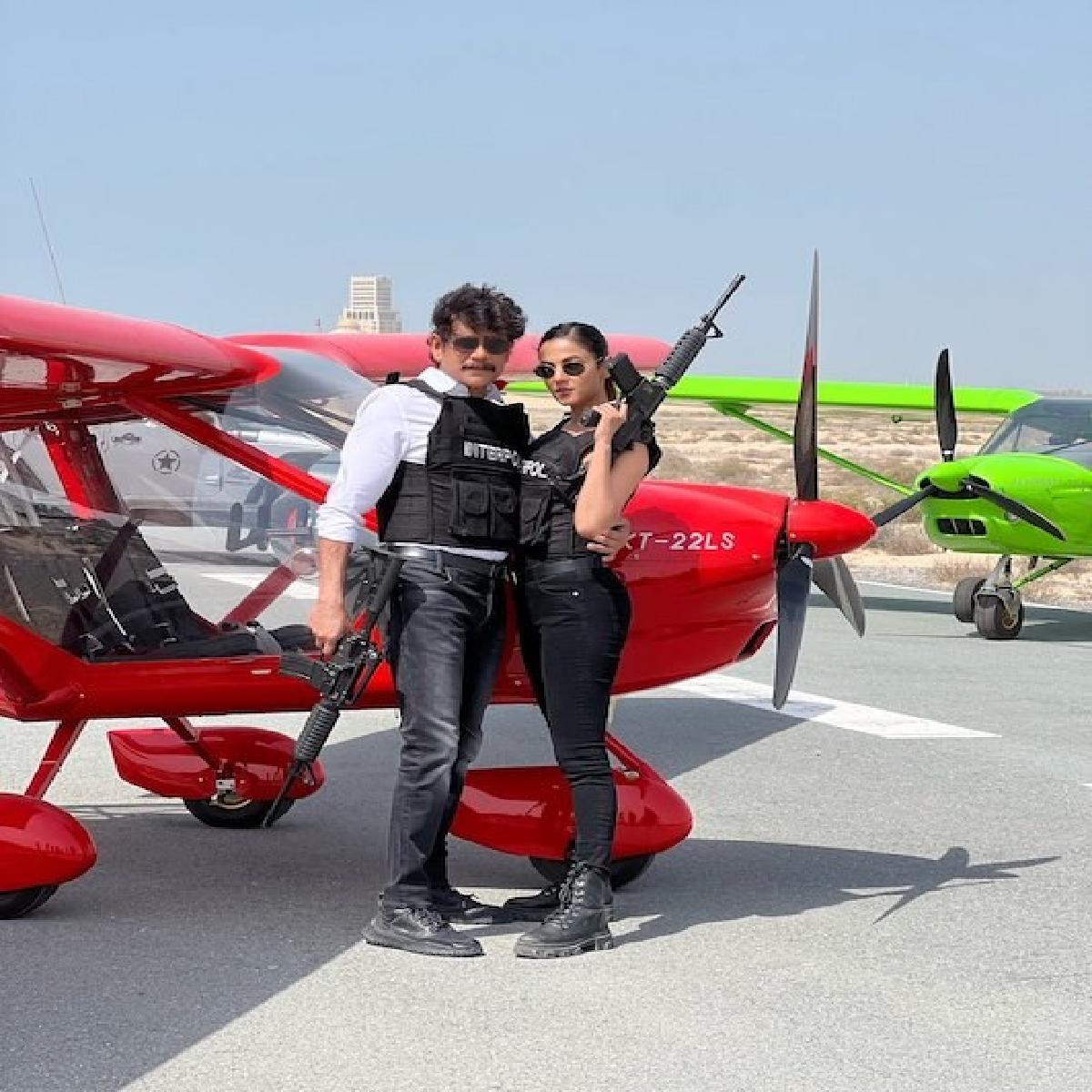 Singer and actress Sonal Chauhan is going gaga wishing her The Ghost co-star Nagarjuna Akkineni on his birthday.
Telugu superstar Nagarjuna clocks his 62nd Birthday today. The netizen and friends from fraternity pours wishes on his most loved actor.

Actress Sonal Chauhan who is sharing the screen space with Nagarjuna in forthcoming noir-action-thriller The Ghost, took to her social media profile and shared

a candid picture and wrote, “Happy happy birthday to my coolest co-star. Thank you sir for making work so much fun. I wish you a year full of happiness, good health and fireworks at the box office. Have a beautiful day and a blockbuster year Nag sir @iamnagarjuna #HappyBirthdayNagarjunaAkkineni”

Apart from The Ghost, actress Sonal Chauhan is also busy with yet another massive project, Adipurush, the bilingual Hindu mythological film based on the epic Ramayana, is helmed by Om Raut and produced by T-Series Films and Retrophiles.

The film also stars Prabhas as Raghava, Kriti Sanon, and Saif Ali Khan in the lead roles. The film is scheduled to be theatrically released on 12 January 2023