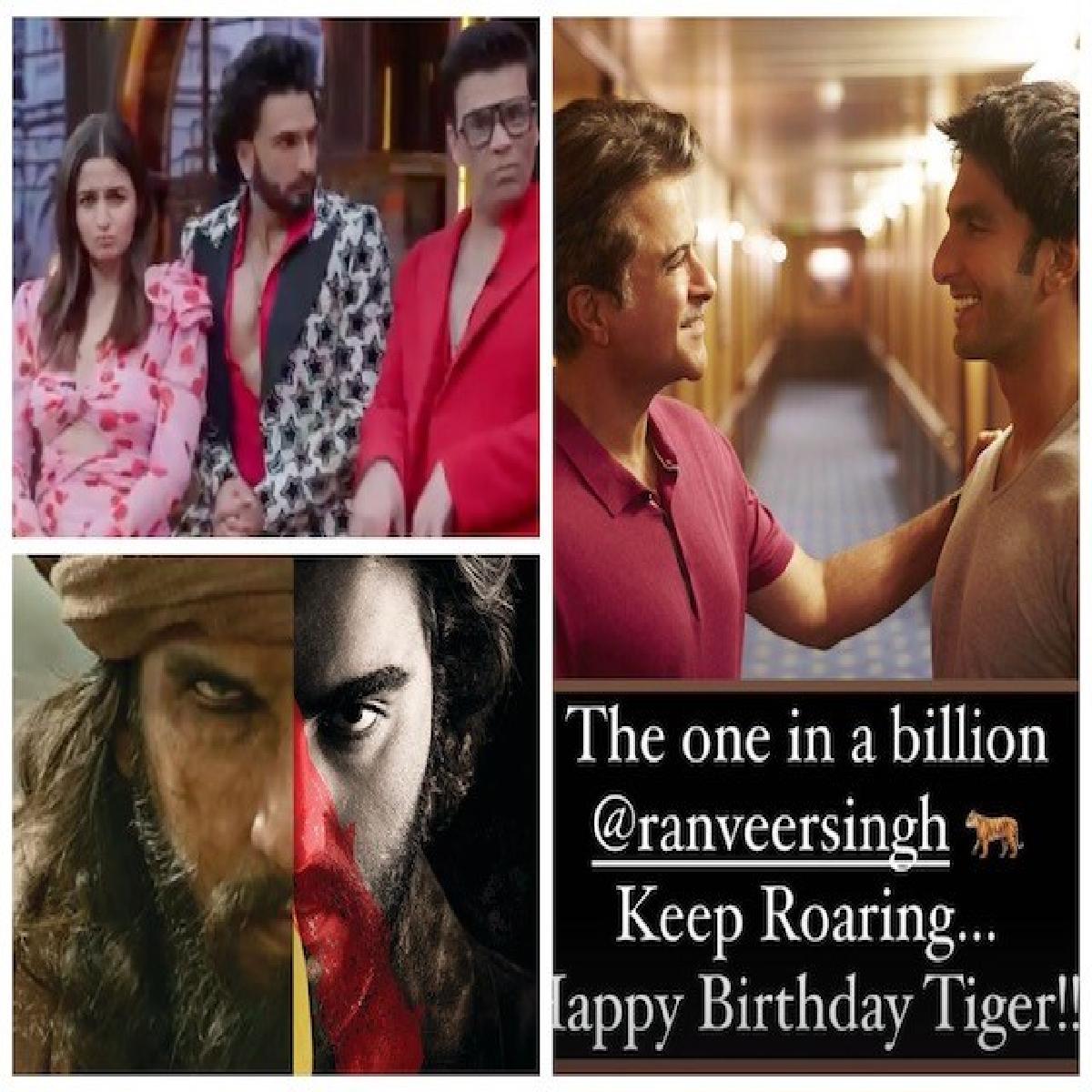 Actor Ranveer Singh is known for his charismatic and energetic persona, and he is considered among the most versatile actors of his generation. As he rings in his 37th birthday today, his colleagues and friends from fraternity showers him with warm wishes.

Filmmaker Karan Johar shared a sneak-peek video from Koffee With Karan Season 7 and captioned it, “It’s our Rocky’s rocking birthday and to make it even more special, we have his Rani by our side! Catch more of their laughter with me on the couch on the first episode of #Hotstarspecials #KoffeeWithKaran S7, starting tomorrow on @disneyplushotstar @apoorva1972 @jahnviobhan @aneeshabaig @dharmaticent @ranveersingh @aliaabhatt”

Veteran actor Anil Kapoor, who shared screen with Ranveer Singh in hit Dil Dhadakne Do, wrote, “The one in a billion, @ranveersingh keep roaring…happy birthday Tiger…”

Meanwhile on the work front, Ranveer Singh was last seen in Jayesh Bhai Jordaar, the family drama fared well with critics but failed at box-office. Next, the actor is shooting for Rocky Aur Rani Ki Prem Kahani, which also stars Alia Bhatt, Dharmendra, Shabana Azmi and Jaya Bachchan. Helmed by Karan Johar, the romantic drama is slated for 2023 release.