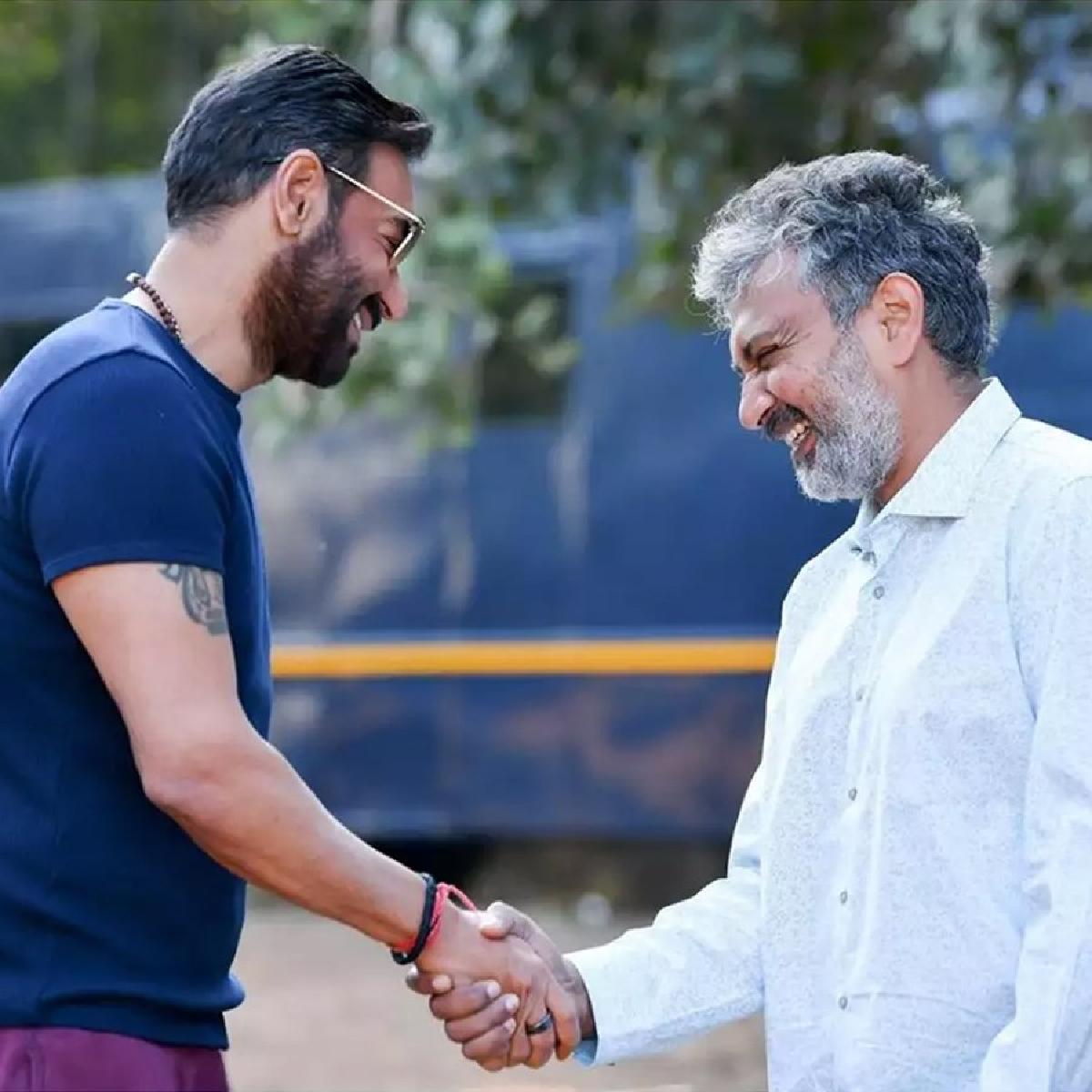 National award winner actor Ajay Devgn just took to his social media and dropped a picture with SS Rajamouli from RRR Sets and wrote, “Happy birthday dear Rajamouli Sir. Have a fabulous one. I love your vision & all of us love your cinema. Keep making proud Sir.  Most importantly, today is your day @ssrajamouli”

After Baahubali, magnum opus RRR has turned out to biggest blockbuster globally.

Meanwhile on the work front, actor Ajay Devgn, recently wrapped the shoot for mystery thriller film 'Drishyam 2, which is helmed by Abhishek Pathak, the film also stars Tabu, Ishita Dutta, Akshaye Khanna, Rajat Kapoor, and Shriya Saran in the lead roles and is all set to hit the theatres on November 18, 2022.

Ajay will be also seen in an upcoming comedy film 'Thank God' alongside Sidharth Malhotra and Rakul Preet Singh, which is slated to hit the theatres on October 25, 2022.

Apart from that, he also has Boney Kapoor's sports period film 'Maidaan' which is all set to release on February 17, 2022, and his next directorial 'Bholaa'.

Tabu, on the other hand, will be seen alongside Ajay in 'Bholaa'.