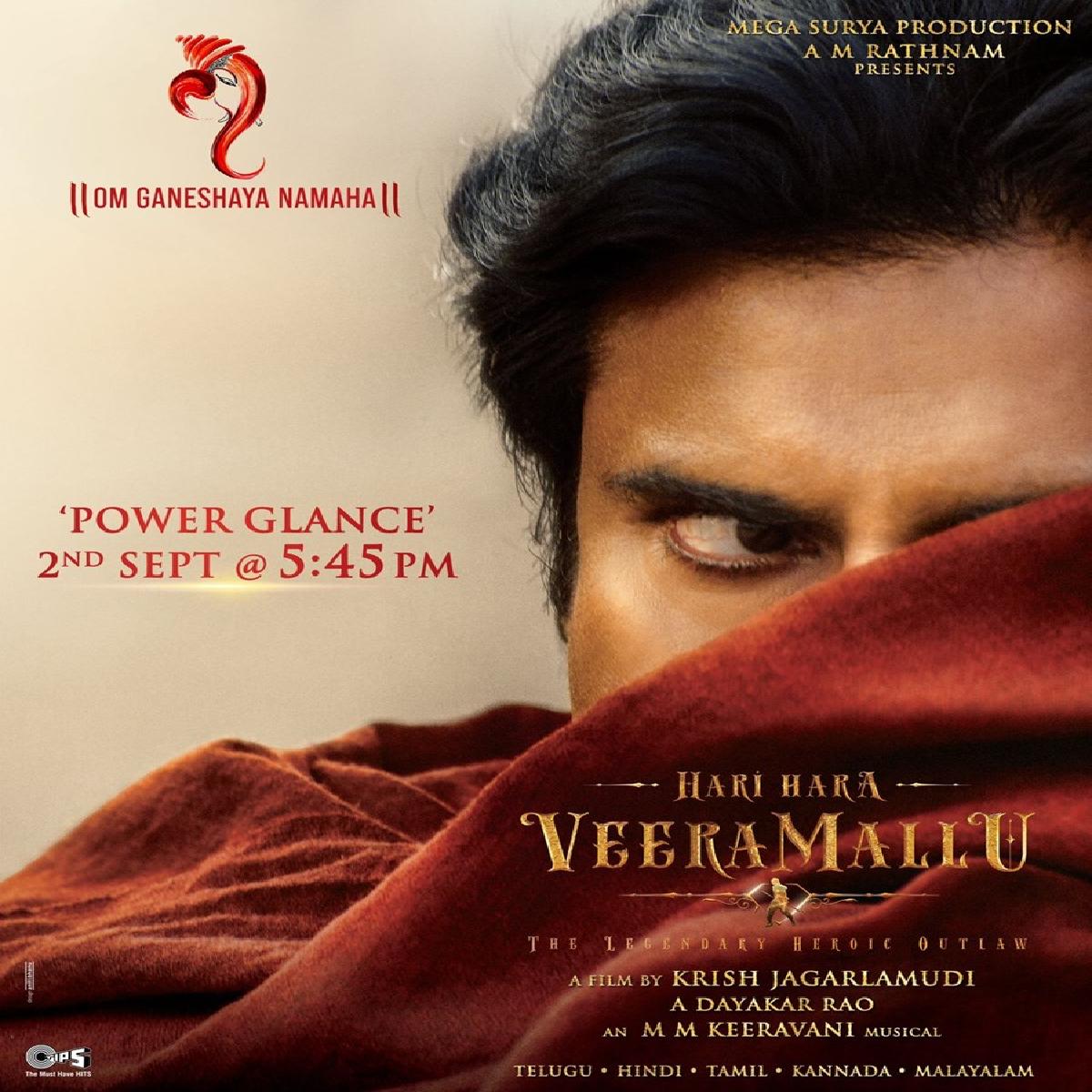 Good news for powerstar Pawan Kalyan fans, his next release, Hari Hara Veera Mallu first glimpse will be out on 2nd September. The makers of the film dropped an intense new poster for the film and confirmed the first power glance from action drama about the legendary outlaw Veera Mallu.

The official handle of Tips Films Telugu dropped the poster, it said, “A grand, fiery #PowerGlance of #HariHaraVeeraMallu is coming on the special day, 2nd Sept at 05:45pm, Get ready for a

The forthcoming period action-adventure is written and directed by Krish Jagarlamudi. Depicting the life of legendary outlaw Veera Mallu, the film stars Pawan Kalyan in the titular role alongside Nidhhi Agerwal, Arjun Rampal and Nargis Fakhri.

The story is set in 17th century under the backdrop of Mughal Empire. When an outlaw, named Veera Mallu is tasked with the job of stealing the Koh-i-Noor diamond from the Mughals.

The film began its production in 2020 but the production experienced delays due to the COVID-19 pandemic in addition to Kalyan's other film and political commitments. The film is planned to be released on 30 March 2023.