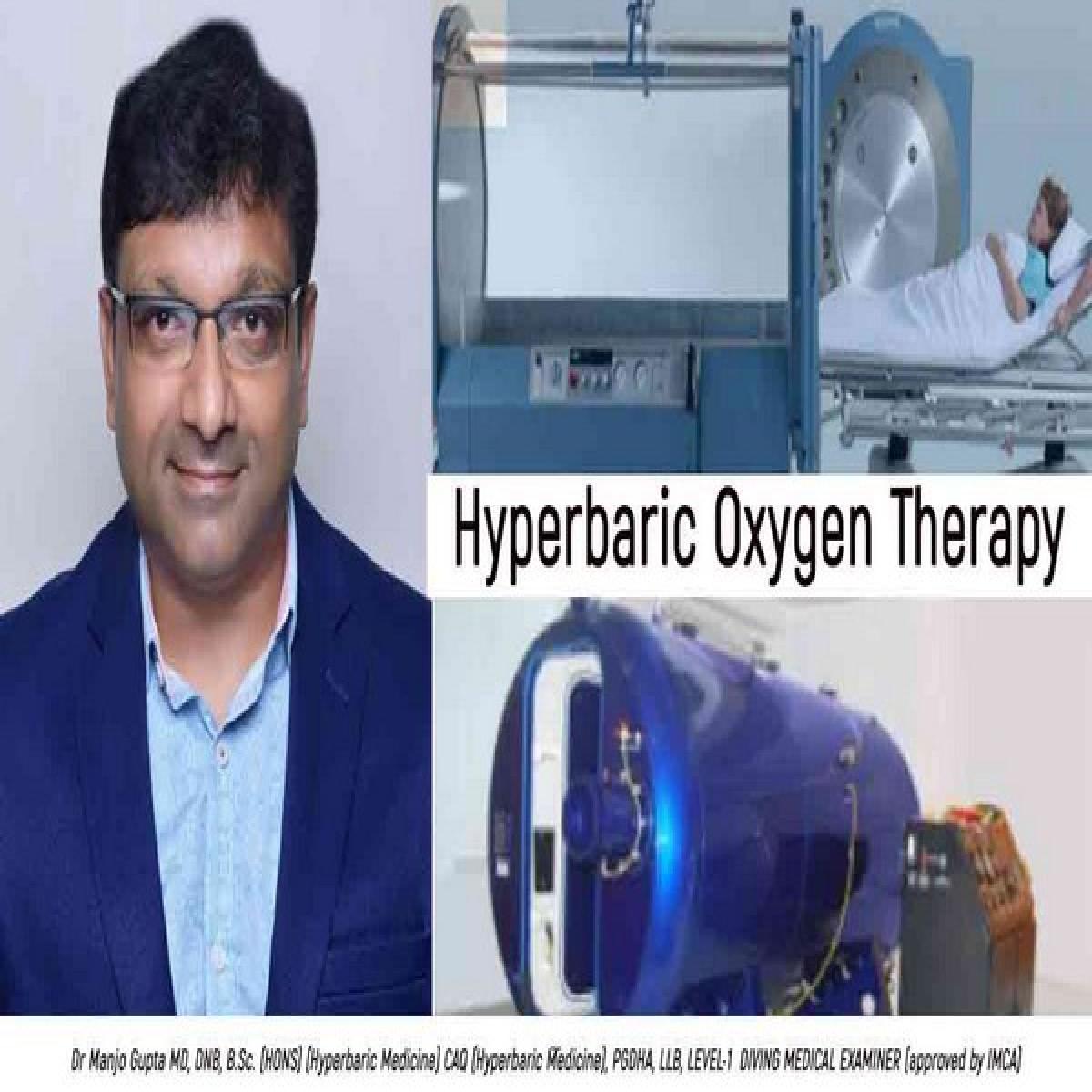 ​In 2020, according to the International Diabetes Federation (IDF), 463 million people have diabetes in the world, 88 million people in the South Asia region, of this 88 million people, 77 million belong to India. Approximately 25% develop Diabetic Foot Ulcers (DFU), of which 50% become infected, requiring hospitalization while 20% need amputation. Adding Hyperbaric oxygen therapy to Standard of care reduces the risk of major amputation by approx. 20-30% and increases wound healing rate by 9 - 10 times. Further benefits of Hyperbaric Oxygen are not just limited to Diabetic Foot Ulcer treatment but stretch wider into many diseases and conditions.

Hyperbaric Oxygen Therapy, or many times known by its acronym HBOT involves breathing oxygen at pressure higher than atmospheric pressure. It is administered in specially designed chambers which helps create ambient pressure 2-3 times higher than that found at sea level to help dissolve oxygen into blood. According to Henry’s law, with rise in pressure the amount of gas dissolved in liquid increases. Henceforth inhaling oxygen in pressurized chamber increases the amount of oxygen dissolved in blood plasma apart from the oxygen bound to Hemoglobin. This substantial increase in plasma oxygen concentration increases oxygen delivery to tissues by 10 to 15 times as compared to the amount received through normal breathing and as a result, this increased oxygen into the system provides many benefits.

Dr. Mandeep Singh Malhotra, Surgical Oncologist (Clinical Lead & Mentor – Art of Healing Cancer- AOHC) suggests as per research that in a single hour of HBOT treatment, the body takes in approximately about 2.4 pounds of oxygen into the tissue and this increased oxygen benefits by

Thus, Hyperbaric Oxygen Therapy has documented benefits in many diseases like:

There are certain other conditions in which HBOT is likely to benefit:

“As Hyperbaric oxygen therapy is supportive in various medical conditions and is the first of its kind in the city, we believe that this infrastructure can help patients not just reaching out directly to HBOT India but also to patients of various hospitals in the vicinity in the city. We plan to become a Nodal Centre of hyperbaric in Delhi-NCR,” says Mr. Manjit Singh, Founding Director at Guru Harikrishn Foundation.