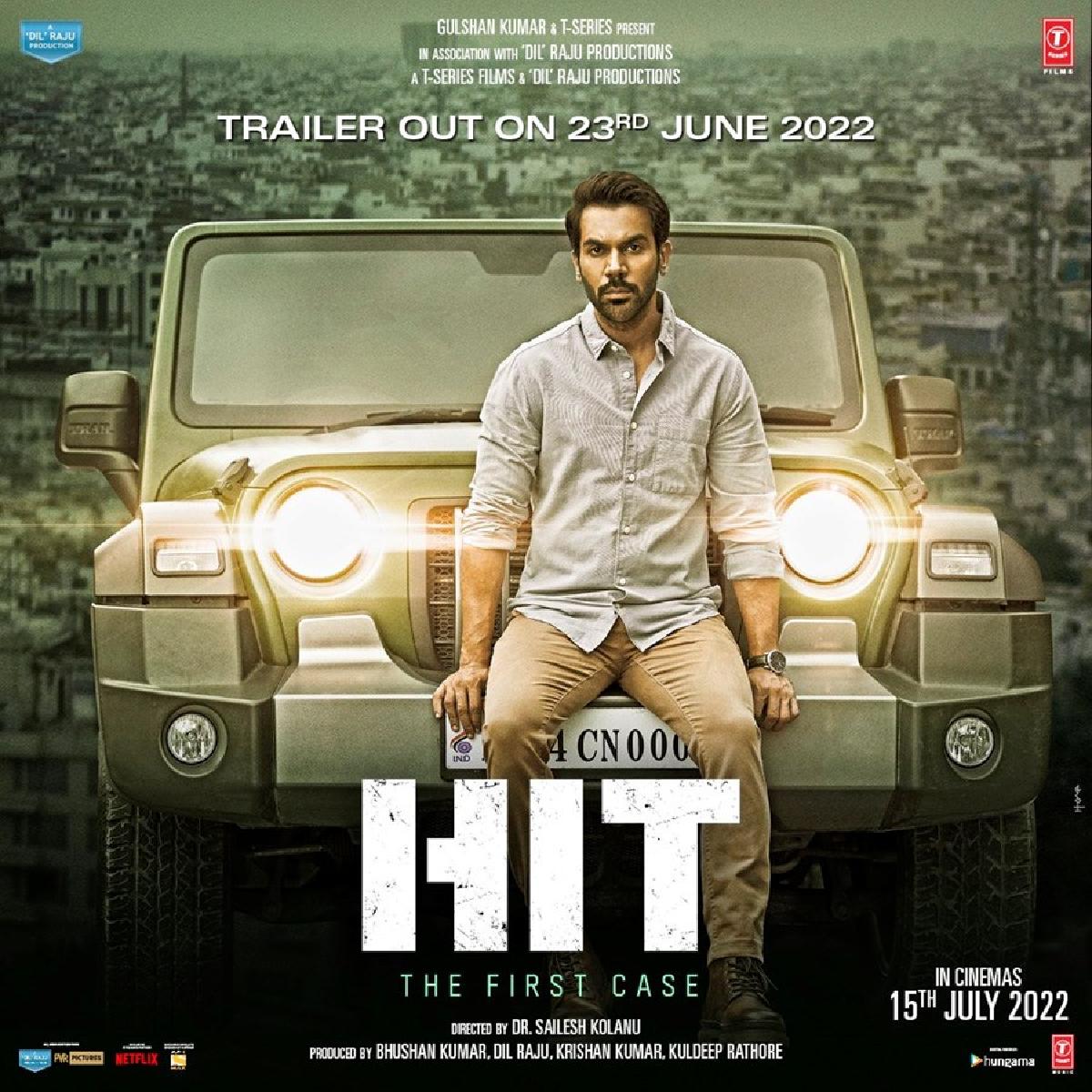 Keeping the excitement going after the glimpse of Vikram, actress Sanya Malhotra took to her social media and shared a new poster. She captioned it, “Catch the chaos unfold as a cop and a missing case cross paths, Trailer out on 23rd June 2022, In cinemas on July 15 2022 @RajkummarRao @KolanuSailesh #BhushanKumar @TSeries @DilRajuProdctns @SVC_official #KrishanKumar @kuldeeprathor9 @tuneintomanan #ShivChanana @PicturesPVR”

The trailer for the film will be out on the 23rd June, which is tomorrow. The film stars Rajkummar Rao and Sanya Malhotra in the lead roles.

HIT, which stands for Homicide Intervention Team, tells the story of a police officer on the trail of a missing woman. The film, a remake of the 2020 Telugu hit of the same name, is directed by Sailesh Kolanu, who had also helmed the original.

In the film, Rajkummar Rao plays a cop named Vikram is seen fighting demons of his past, he gets panic attacks, thus hampering his work life. But he takes on a missing girl case, which is a complicated and complex as anything.