Holidays Are Over, Kartik Aaryan Is Back On Shehzada Sets 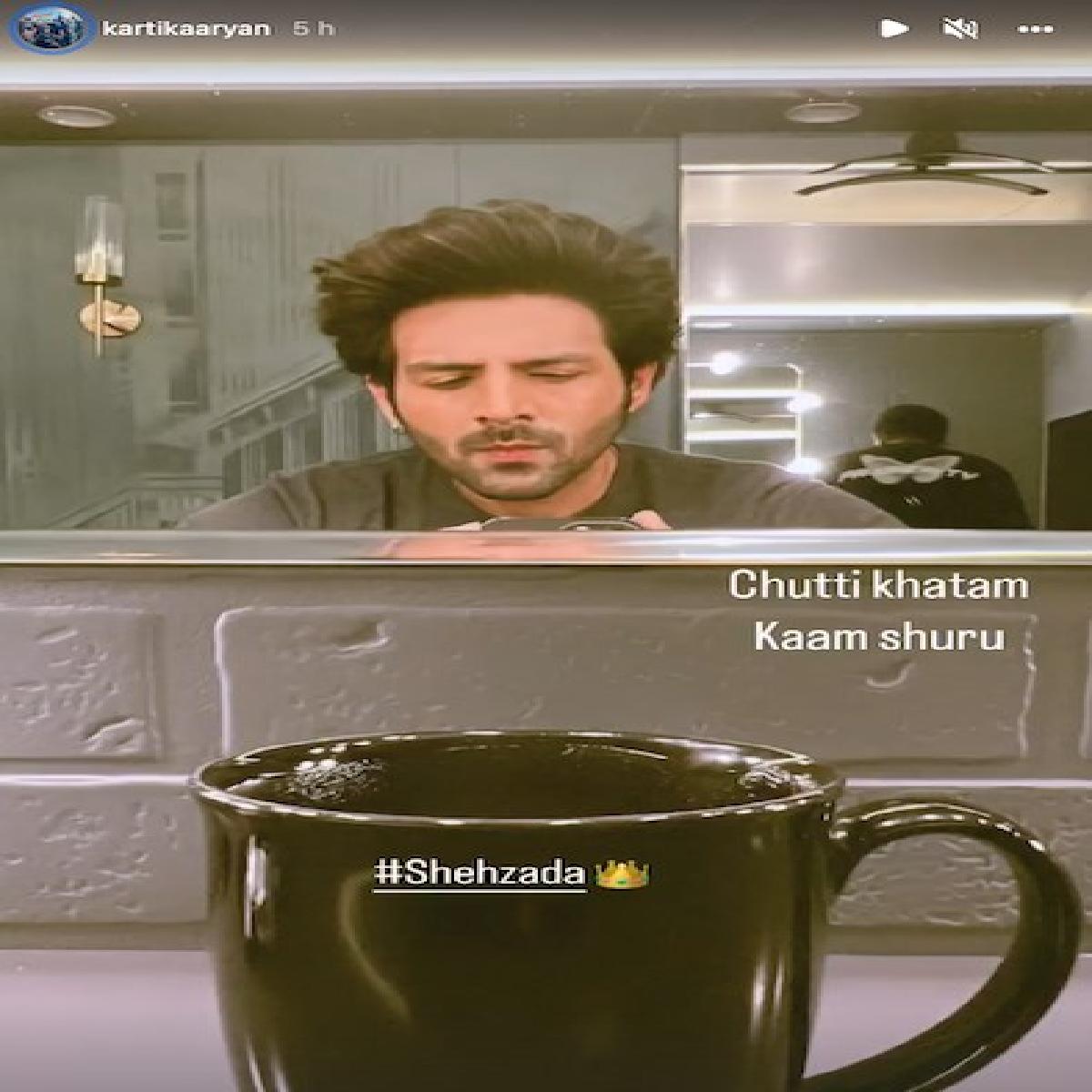 Holidays are over and superstar Kartik Aaryan is back on the sets of Shehzada and update his fans about the same.

Kartik Aaryan wrapped the Haryana schedule of Shehzada before the Independence Day weekend, and now he is back on the sets. He shared a mirror selfie as he returned to the sets of his upcoming action entertainer. He captioned, "Chutti Khatam. Kaam Shuru. #Shehzada."

In the picture, Kartik is seen sitting in front of a mirror inside his vanity van, with his makeup on and a black cup in kept front of him.

The film, Shehzada' is the Hindi remake of the Telugu blockbuster 'Ala Vaikunthapurramuloo' which starred Allu Arjun and Pooja Hegde. The movie helmed by David Dhawan's son Rohit Dhawan, also stars Kriti Sanon.

Kartik is currently flying high on the success of his recently released film 'Bhool Bhulaiyaa 2' which collected over Rs 200 crores at the box office worldwide. He is also busy with Sajid Nadiadwala's 'Satya Prem Ki Katha,' alongside Kiara Advani, the movie is touted to be an epic love story.

Kartik will also be seen in 'Freddy' opposite Alaya F. Produced by Ekta Kapoor, the film is touted to be a romantic thriller. He also has Hansal Mehta's

'Captain India' in his kitty. Bankrolled by Ronnie Screwvala and Harman Baweja, the film revolves around India's most successful rescue operations from a war-torn country.