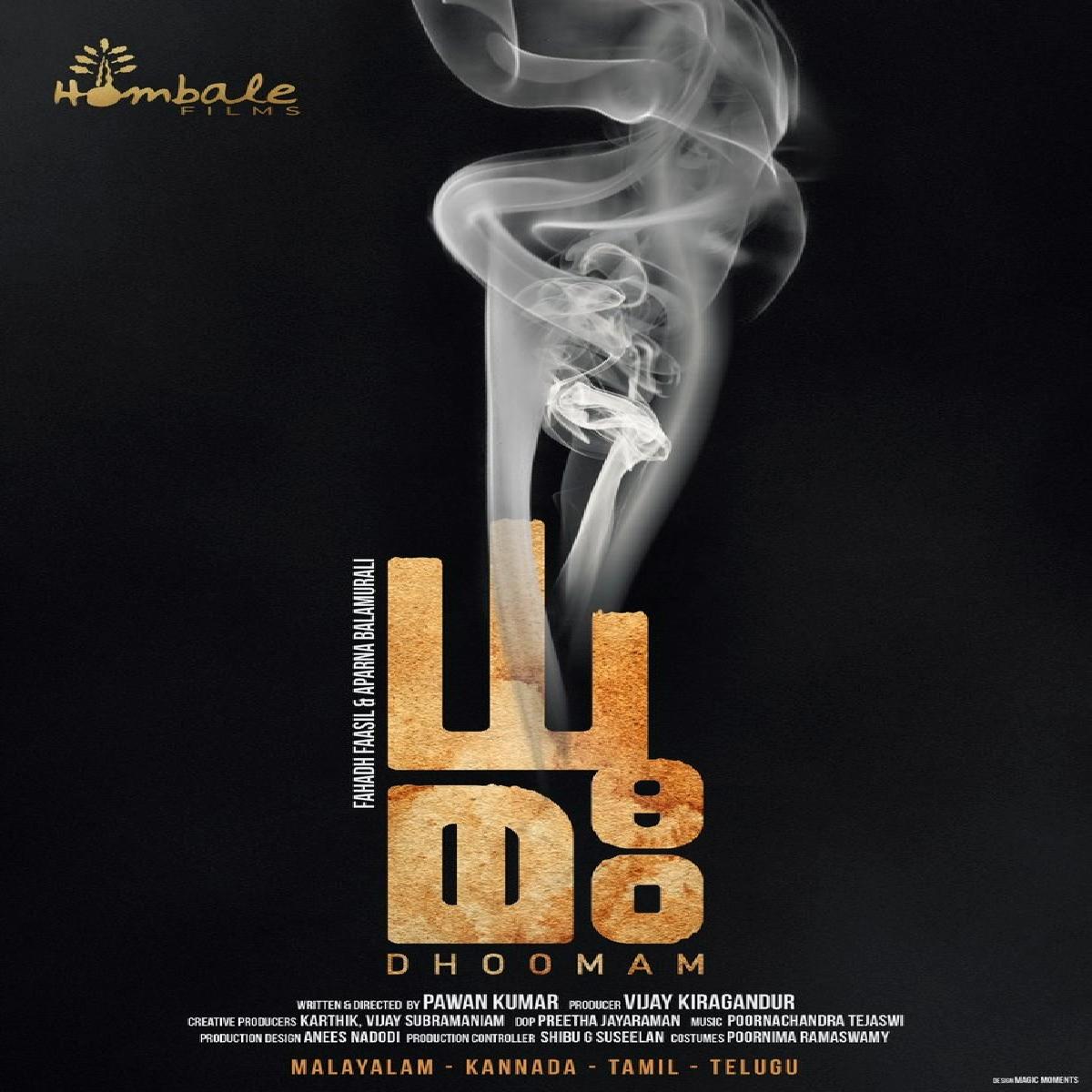 The film will be written and directed by Pawan Kumar who has previously directed 'Lucia' and 'U-Turn', and will also star actress Aparna Balamurali as the female lead. The cameras are set to roll from October 9. The film is slated to be released in the summer of 2023 in 4 Indian languages: Malayalam, Kannada, Tamil and Telugu.

Hombale Films is also producing some of the biggest Hindi and regional movies in coming year, such as Raghavendra Stores, Salaar, Tyson, Bagheera, Richard Anthony and more.

Salaar is an action thriller film written and directed by Prashanth Neel, and produced by Vijay Kiragandur under Hombale Films. It stars Prabhas as the titular character alongside Prithviraj Sukumaran, Shruti Haasan and Jagapathi Babu. The film is scheduled to be theatrically released on 28 September 2023.