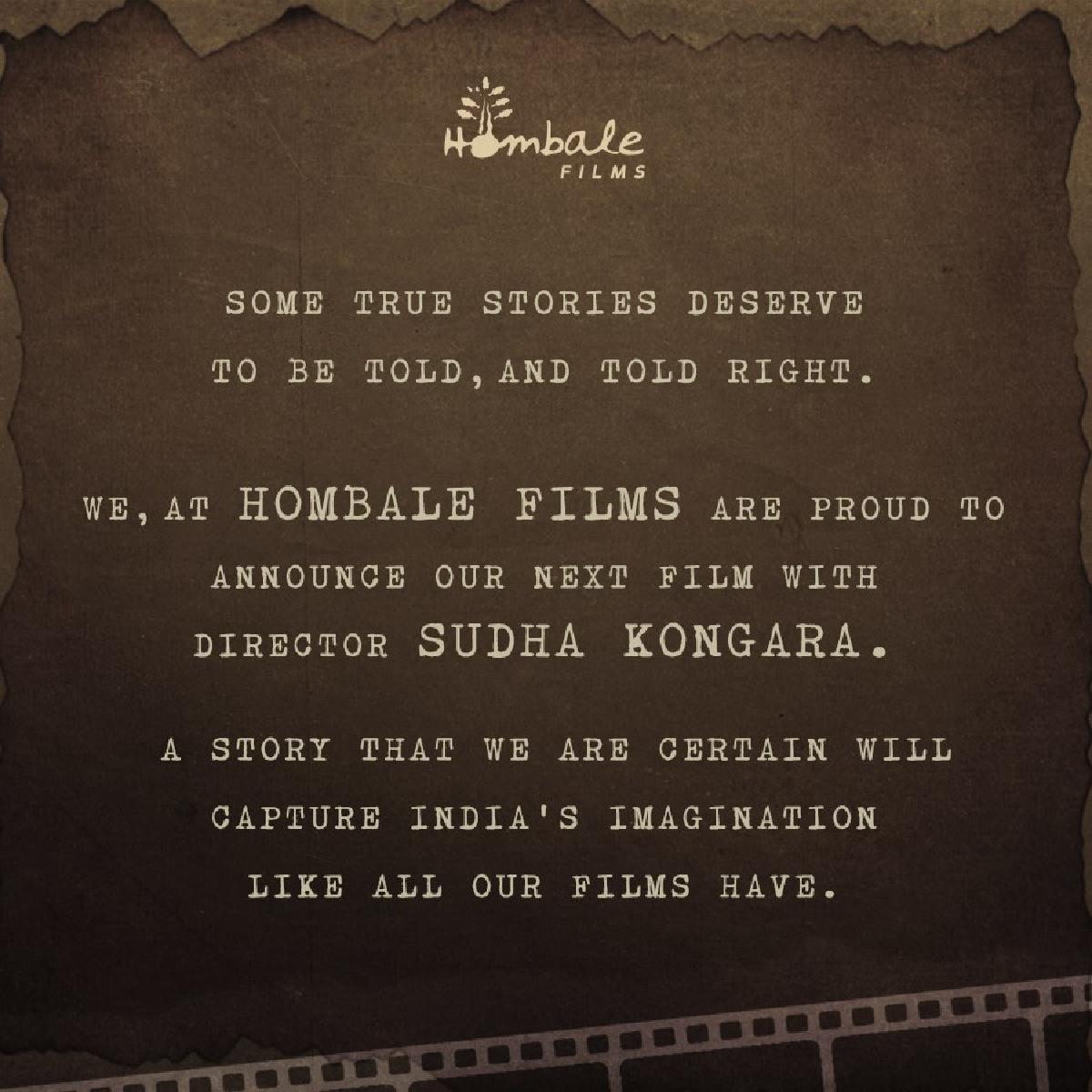 KFG franchise from Hombale Films is ruling the box-office and the makers have one more mega movie Salaar with Prabhas in the pipeline, and now they announces new movie with filmmaker Sudha Kongara, which will be based on a true event.

The untitled film will by filmmaker Sudha Kongara and bankrolled by Hombale Films.

Sharing the news with fans, Hombale Films wrote, “Some true stories deserve to be told, and told right. To a new beginning with a riveting story @Sudha_Kongara, based on true events. @VKiragandur @hombalefilms @HombaleGroup”

The note read, “Some true stories deserve to be told, and told Right. We, at Hombale Films are proud to announce our next film with director Sudha Kongara. A story that we are certain will capture India’s imagination like all our films have”

As for Salaar, the next movie from Hombale Films is written and directed by Prashanth Neel. It stars Prabhas as the titular character alongside Prithviraj Sukumaran, Shruti Haasan, and Jagapathi Babu. The music is composed by Ravi Basrur while cinematography is handled by Bhuvan Gowda.