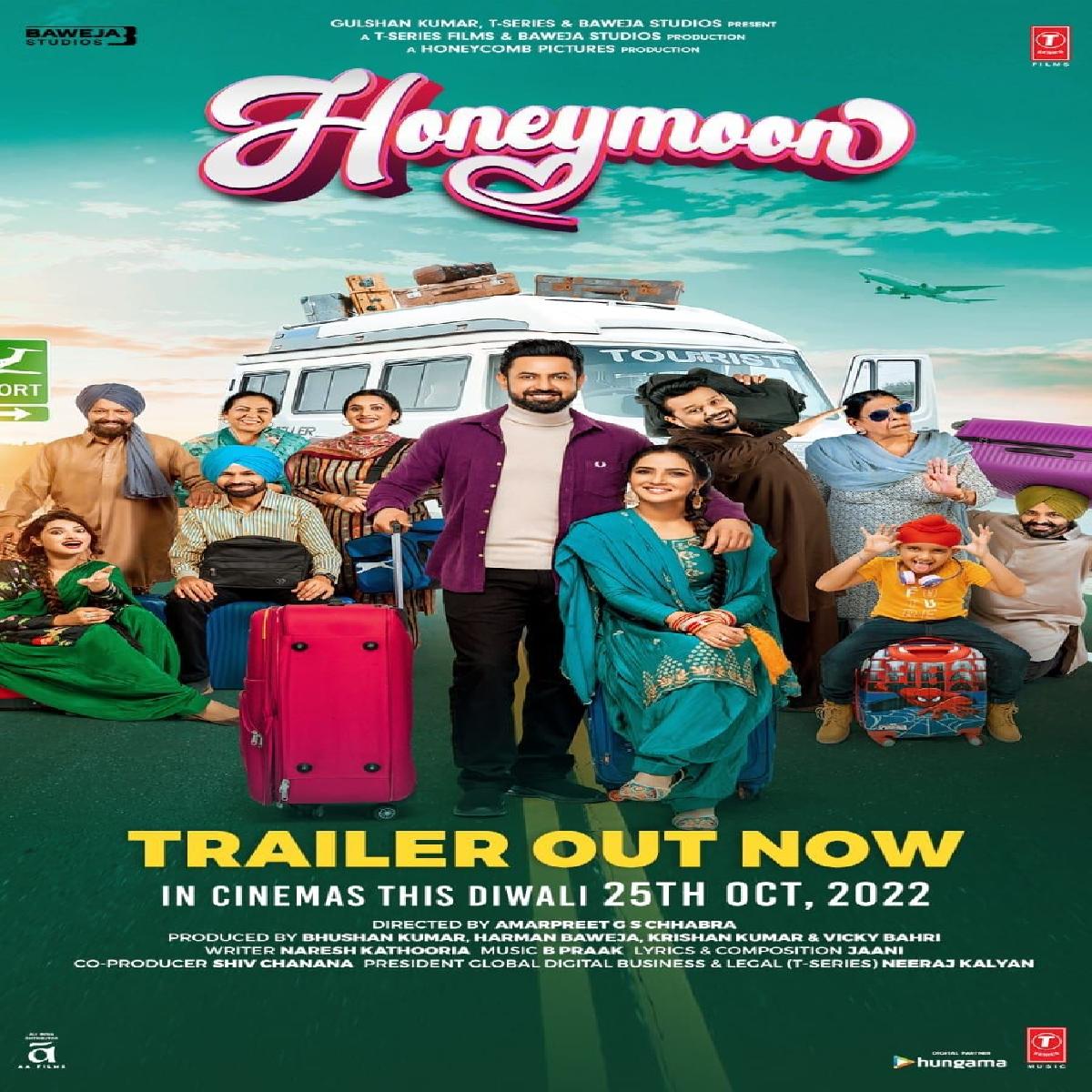 Honeymoon is an out-and-out comedy entertainer produced by T-Series Films and Baweja Studios, scheduled for a Diwali release.

Get ready for a ‘Honeymoon’ with a twist as unaware of what a honeymoon really is, a newlywed couple’s family decides to tag along for their honeymoon, all 13 of them!!

Directed by Amarpreet G S Chhabra and written by Naresh Kathooria, the film is a crazy roller coaster ride filled with ample laughs and the music of ‘Honeymoon’ composed by B Praak and Jaani is another highlight in the film.

Apart from Honeymoon, actor Gippy Grewal is also shooting for Manje Bistre 3 and Carry On Jatta 3.