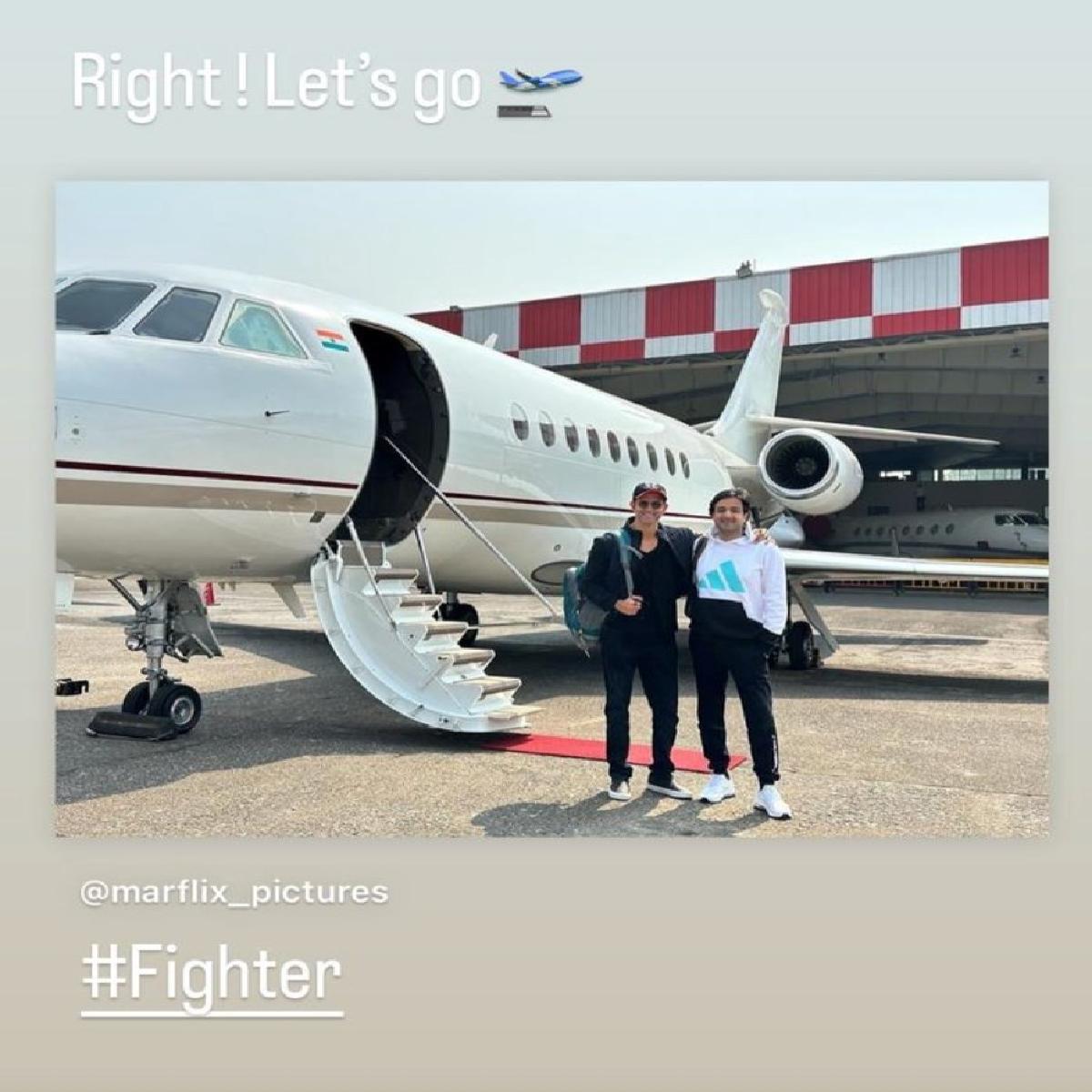 Superstar Hrithik Roshan has kickstarted the shoot of the film Fighter along with Deepika Padukone.

Hrithik also shared the same on his social media handle as a story, it read, “Right! Let's go. @marflix_pictures #Fighter”

Hrithik announced Fighter on his birthday last year. He shared a motion poster and wrote, "Presenting a glimpse of the MARFLIX vision as Fighter! Looking forward to my first flight alongside the exceptional Deepika Padukone. All buckled up for this Siddharth Anand joyride."