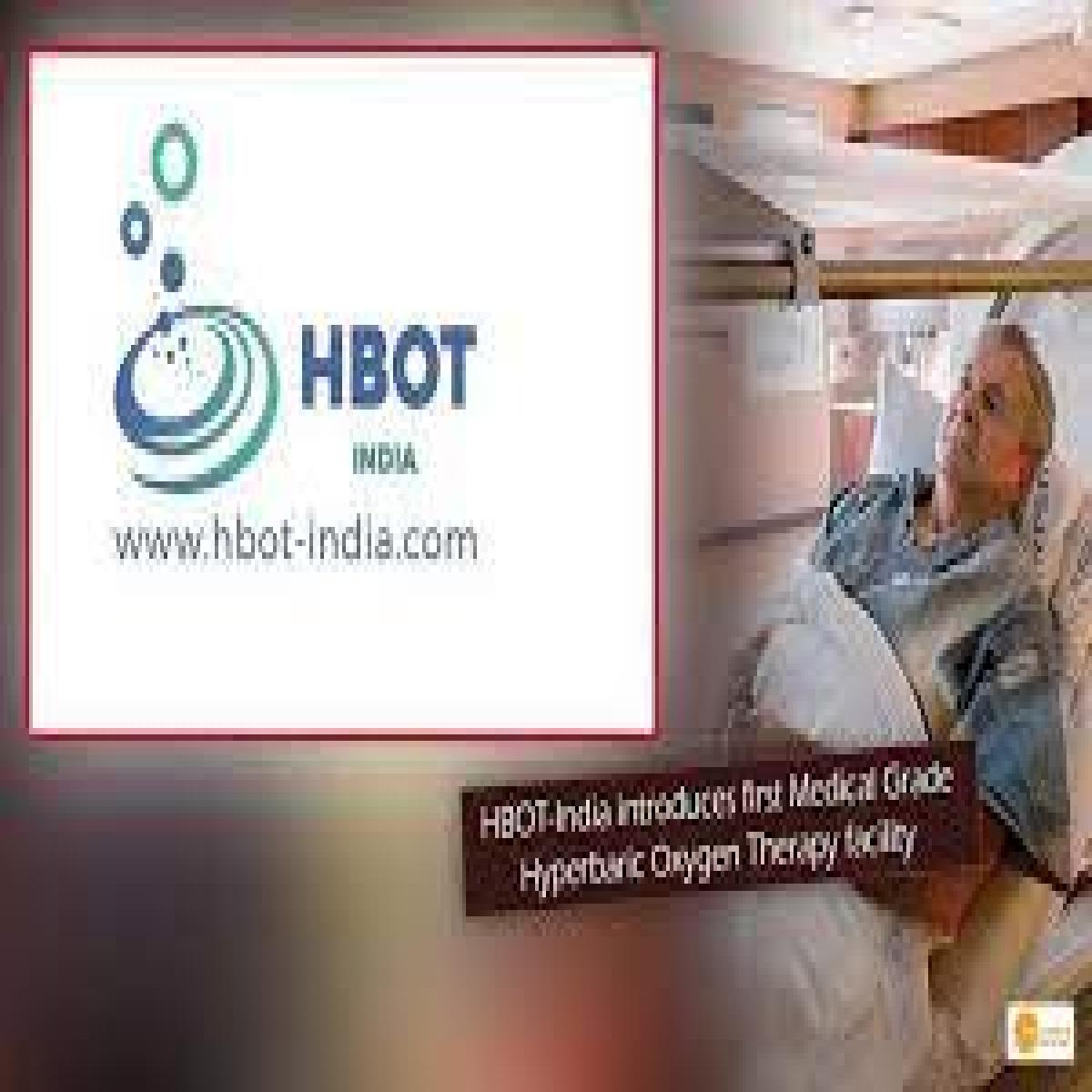 Oxygen therapy, essentially working as 'brain food', provides extra oxygen to the brain which speeds up the process of neuroplasticity' and thus recovery from stroke. Hyperbaric oxygen therapy/Hyperbaric medicine (HBOT) can play a significant role in the management of stroke. HBOT involves breathing oxygen in a suite/chamber pressurized to above atmospheric levels (about 17 times higher than normal). It allows oxygen to be delivered to damaged cells, such as those injured by stroke which results in preventing further damage and enhancing the recovery of 'stunned' neural cells.

A stroke also called a brain attack, is defined as a decrease in blood and oxygen supply to brain tissue. This can be due to either a blockage in the blood supply (ischaemic stroke) or rupture and bleeding in the blood vessel supplying the brain (hemorrhagic stroke). Without oxygen, brain cells and tissue become damaged and begin to die. The brain cells start dying immediately, as many as two million brain cells die each minute the stroke goes untreated. Apart from cell death a large number of other cells become injured, but they don't necessarily die off. Neurologists often describe them as being "stunned". Symptoms of a stroke show up in the body parts controlled by the damaged areas of the brain. They may be limb weakness or paralysis, slurred speech, vision complications, balance issues, etc.

The treatment of stroke involves attempting thrombolysis, endovascular clot retrieval for ischaemic stroke, and surgical evacuation with or without clipping of the bleeding site for hemorrhagic stroke in the early phase of stroke management. This is generally followed by treating the conditions leading to strokes like diabetes, hypertension, hyperlipidemia, etc along with lifestyle modification and physiotherapy & rehabilitation for neurological recovery.

According to Dr. Mandeep S Malhotra, a Surgical Oncologist with Certification to operate a Hyperbaric Chamber from South Carolina, USA (Chief Mentor & Clinical Lead; Art of Healing Cancer, www.artofhealingcancer.com, & HBOT India, www.hbot-india.com), "Hyperbaric oxygen therapy/Hyperbaric medicine (HBOT) can play a significant role in the management of stroke. HBOT involves breathing oxygen in a suite/chamber pressurized to above atmospheric levels. It is based on Henry's law, 'the amount of dissolved gas in a liquid is proportional to its partial pressure above the liquid'; which means that when we inhale oxygen in a pressurized chamber the oxygen content in the blood increases especially the oxygen dissolved in plasma. The increased oxygen levels in the body are about 17 times higher than normal, which allows oxygen to be delivered to damaged cells, such as those injured by stroke. Thus if Hyperbaric Oxygen is added to the standard management of stroke it will increase the oxygen delivery to brain cells in a state of compromised blood flow preventing further damage and enhancing the recovery of 'stunned' neural cells."

According to Dr. Gaurav Thukral, EVP & COO, HCAH (Health Care at Home), "When the brain is busy rebuilding connections through the process of neuroplasticity, it takes up even more oxygen. Oxygen therapy provides extra oxygen to the brain, essentially working as 'brain food,' which speeds up the process of neuroplasticity' and thus recovery from stroke. There has been a lot of research in the literature suggesting significant improvement in both neurological and physiological deficits, quality of life, activities of daily life, and cognitive function."

Mr. Arpan Talwar, Cofounder Art of Healing Cancer, www.artofhealingcancer.com, & HBOT India, www.hbot-india.com, further adds, "It was once thought that new nerve fibers could not be regenerated in the brain, but that is no longer true. Tal et al from Israel 2017; showed that HBOT or Hyperbaric Oxygen therapy can improve both white and grey microstructures indicating regeneration of nerve fibers. These microstructural changes correlate with neurocognitive improvements. Stroke survivors can try Hyperbaric Medicine at any stage in their stroke recovery timeline. It doesn't matter if your stroke was a few months or many years ago; although most studies suggest the early introduction of Hyperbaric Oxygen Therapy in the management of stroke. However, it has been seen improvement in patients up to 20 years post-stroke."

HBOT-India along with HCAH has installed state of Hyperbaric Chamber in a dedicated residential Neurorehabilitation center in Gurugram.