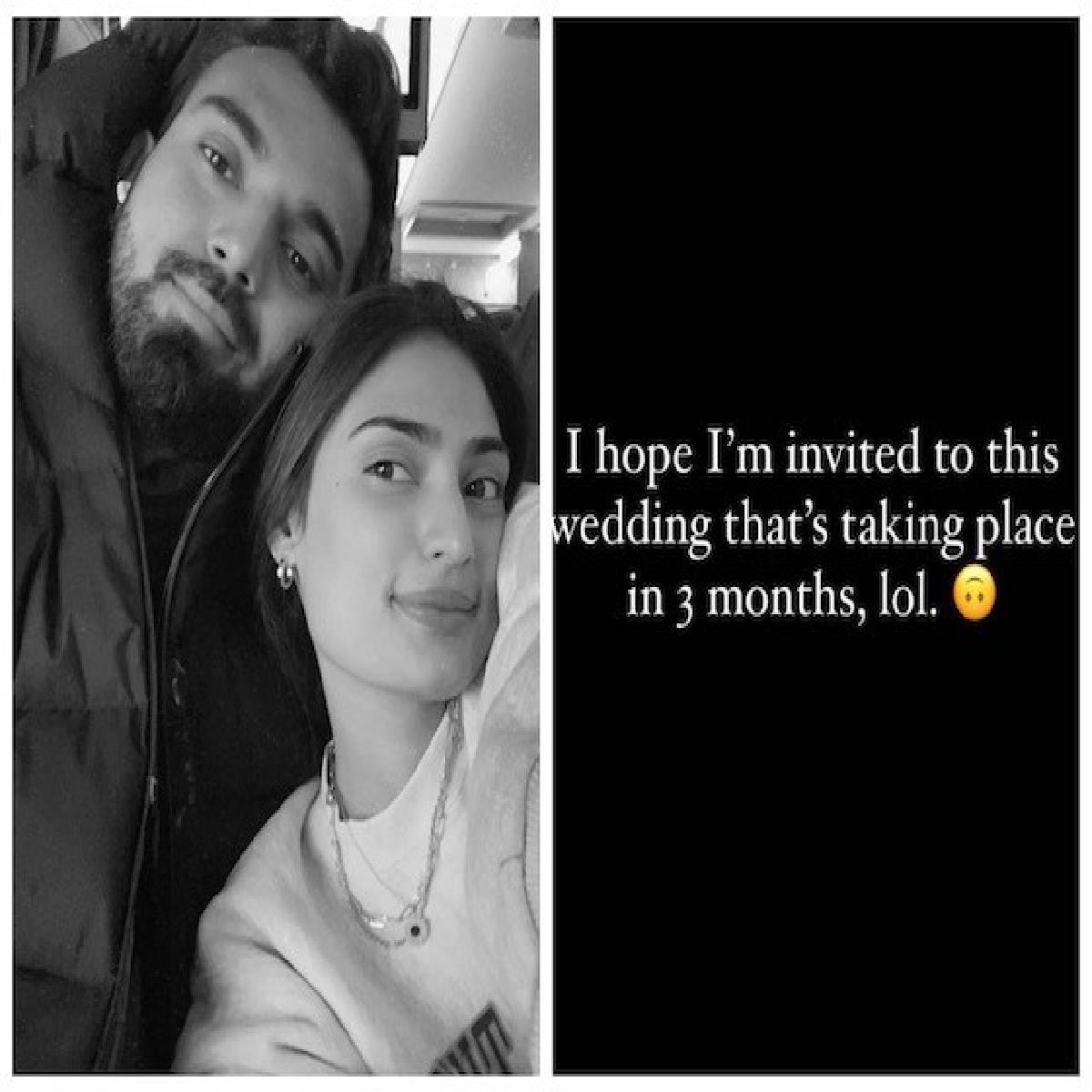 Actor Sunil Shetty and Mana Shetty’s daughter Athiya Shetty is dating Indian cricketer K’L Rahul, the duo keeps posting cute PDA on social media and news about their wedding keeps on making headlines, but they have never clarified anything, until now.

Ever since morning, Athiya Shetty and cricketer K.L Rahul’s wedding has been trending on social media. Some portals claim that the duo is planning to tie the knot within 3 months.

Actress Athiya Shetty has responded for the first time to rumours that the couple is marrying in the next few of months. She took to her Instagram stories and wrote: “I hope I’m invited to this wedding that’s taking place in 3 months lol.”

Athiya and Rahul made their relationship official last year. The star cricketer wished the actor on her birthday with a social media post featuring the two. However, the two have never spoken about their wedding publicly.

Athiya Shetty made her debut opposite Sooraj Pancholi in Hero, which failed at the box-office. She has been part of movies such as Mubarakan, Nawabzaade and Motichoor Chaknachoor.