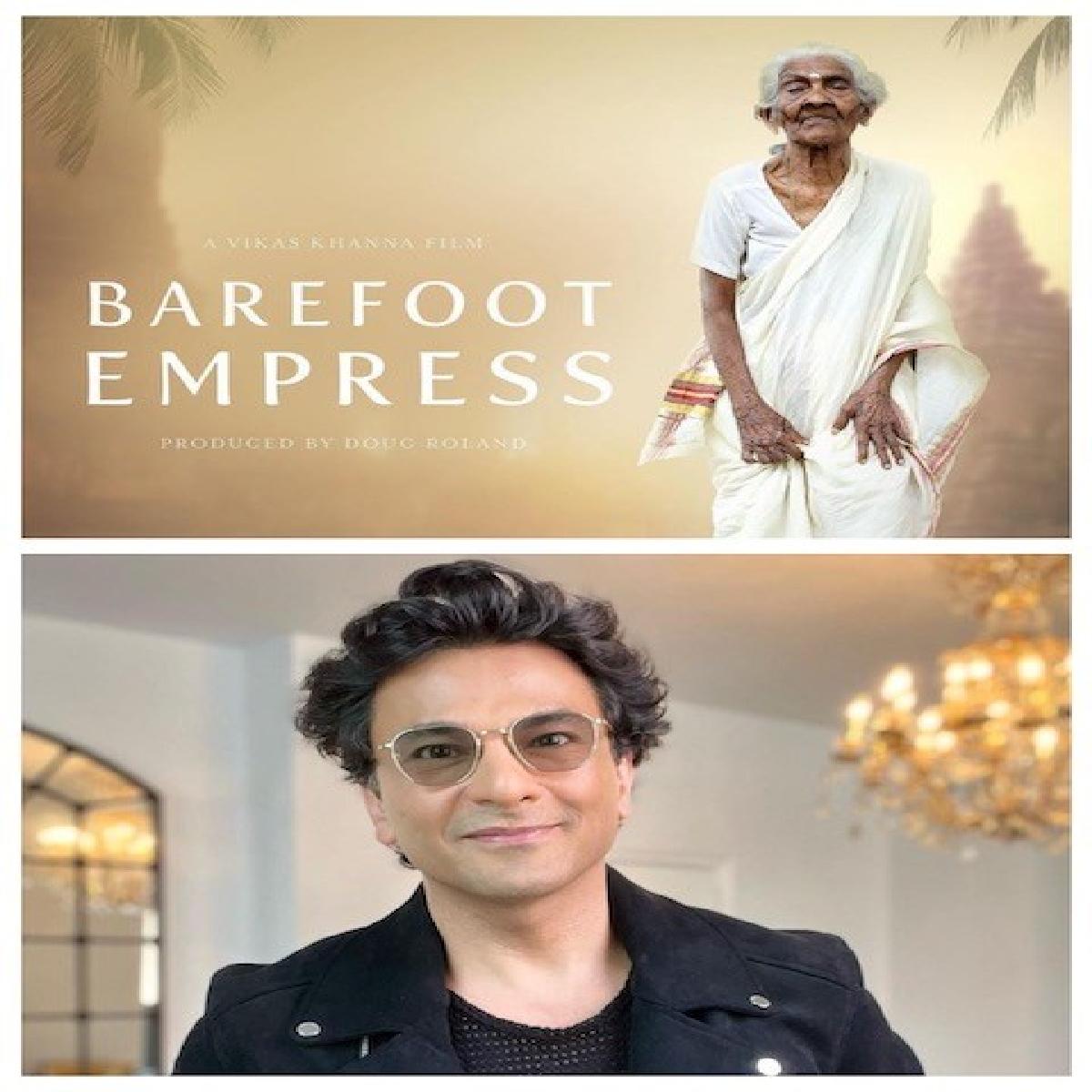 After foraying into filmmaking with The Last Colors, chef turned director Vikas Khanna is back with his second feature, Barefoot Empress, a heart-warming tale about Karthyayani Amma, going to school at the age of 96.

While interacting with NewsHelpline promoting his movie and releasing the first look, Vikas Khanna said, “It’s a story about a woman who has nothing in her life, she was a temple and street cleaner for entirety of her life, and she rose beyond that, and she is studying in 4 standards right now and she is 100 years old”

Barefoot Empress: A Story of the Victory of the Human Spirit, written and directed by Vikas Khanna, renowned Michelin star chef and produced by Oscar-nominated Doug Roland.

The film follows the remarkable journey of Karthyayani Amma, who, having never had access to education as a girl, finally gets a chance to join a first-grade class at the age of 96.

Amma spent most of her life as a temple cleaner trying to make ends meet for her family, but when given the opportunity to educate herself, she pushed past societal norms and ended up a star student in her class. With a score of 98 percent on her exams, Amma dreams of studying up to grade 10.

Aside from being an award-winning chef, Vikas is the host of MasterChef India, Twist of Taste and Mega Kitchens on National Geographic. Author of 38 award winning books, including UTSAV (World's most expensive cookbook) and the creator of documentary series Holy Kitchens and Kitchens of Gratitude.