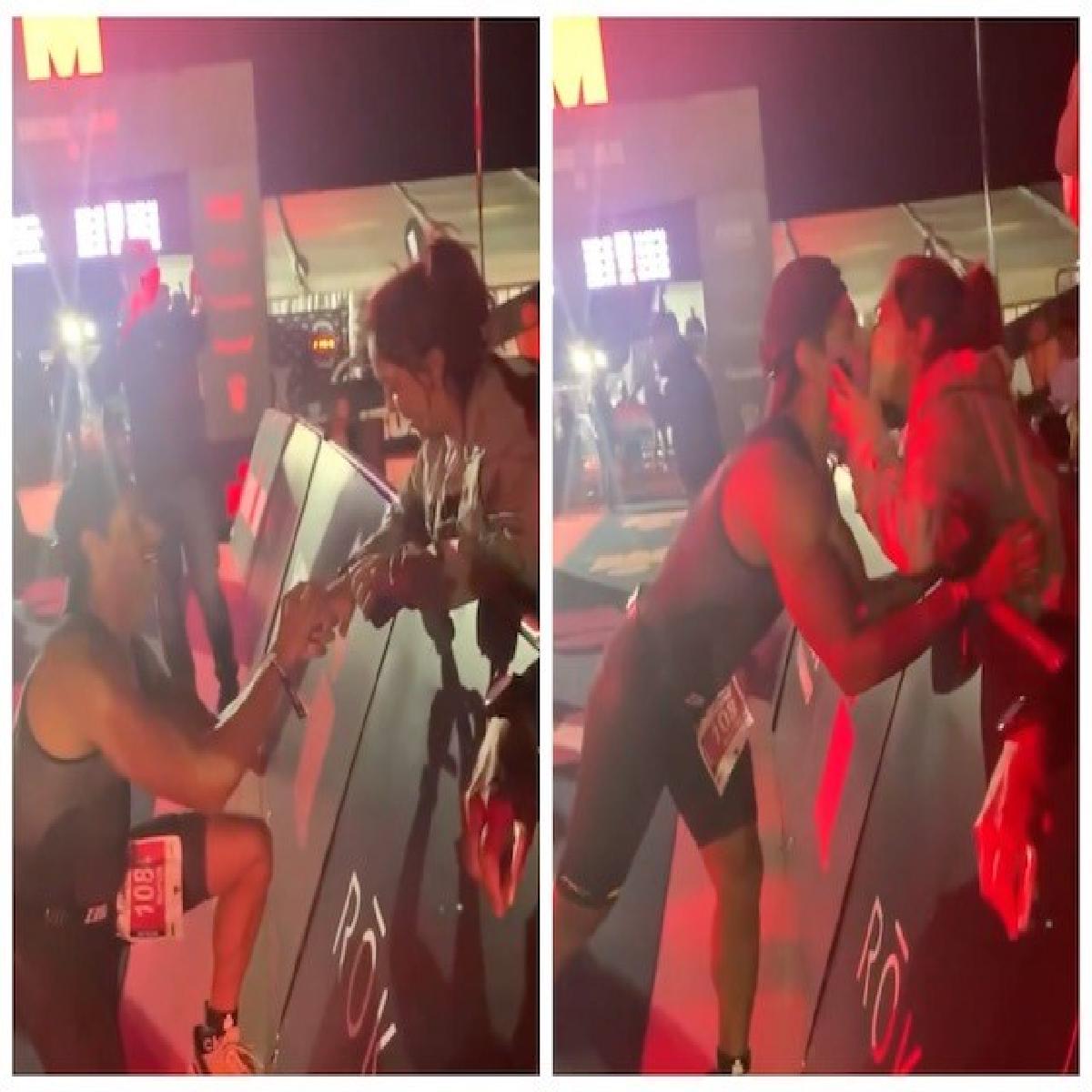 Actor Aamir Khan's daughter Ira Khan got engaged to her beau Nupur Shikhare and the duo took to social media to make the announcement.

Ira Khan took to her social media profile and dropped a video post about the proposal during a cycling event. She captioned it, “Popeye: She said yes, Ira: Hehe I said yes”

In the video, Nupur could be seen dressed in his cycling costume and walking toward his girlfriend, who is standing in the stands. Nupur went down on his knee with a ring in his hand and asked "will you marry me?". Ira responded with an 'yes' and they sealed the deal with a kiss. The crowd around them were seen cheering and clapping.

The couple officially announced their relationship in 2020. Ira took to Instagram and announced that they are dating.

Ira Khan has always been transparent about her love life. She prefers to keep no filters and her Instagram stands proof. Ira has been dating Nupur Shikhare, who is a celebrity fitness trainer. The two, who got into a relationship in 2020, have been making headlines for impeccable chemistry and they are now engaged.

Aamir shares daughter Ira with his ex-wife Reena Dutta. He has a daughter Ira and a son Junaid from his first marriage with Reena.