Ishaan Khatter And Kiara Advani Are All Praises For Team Jersey 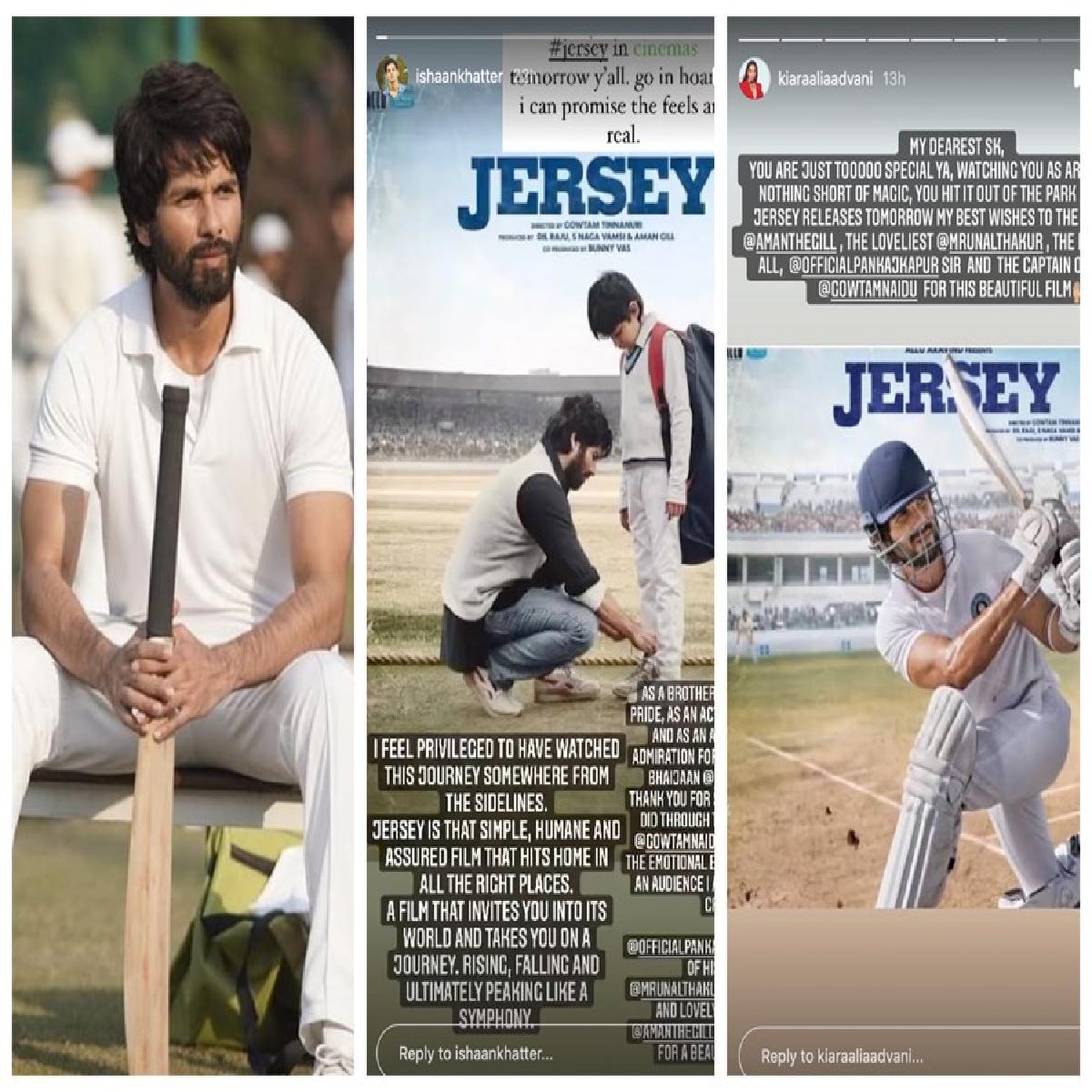 Actor Ishaan Khatter and Kiara Advani are nothing but praises for Shahid Kapoor in Jersey, pens heartfelt notes on social media.

Shahid Kapoor’s brother and actor Ishaan Khatter also took to his social media profile and wrote, "I feel privileged to have watched this journey somewhere from the side-lines. Jersey is that simple, humane and assured film that hits home in all the right places. A film that invites you into its world and takes you on a journey. Rising, falling, and ultimately peaking like a symphony."

He continued, "As a brother, I am filled with pride, as an actor with respect and as an audience with admiration for my powerhouse bhaijaan @shahidkapoor. Thank you for sharing what you did through this character. @gowthamnaidu thank you for the emotional experience that as an audience I always secretly crave. @officialpankajkapur a master of his craft, @mrunalthakur you're radiant and lovely as ever and @amanthegill a true champion for a beautiful story” read the full note.

Kiara Advani, who has worked with Shahid Kapoor in Kabir Singh wrote, “My dearest SK, you are just too special ya, watching you as Arjun has been nothing short of magic, Hot hit it out of th e park and how, as Jersey releases tomorrow my best wishes to the entire team, @amanthegill, the loveliest @mrunalthakur, the finest of them all, @officialpankajkapoor sir and the captain of the their ship @gowtamnaidu for this beautiful film”

written and directed by Gowtam Tinnanuri, it stars Shahid Kapoor as a former cricketer who returns to the game for his son's wish of a jersey, alongside Mrunal Thakur and Pankaj Kapoor. The film finally released on 22 April 2022.