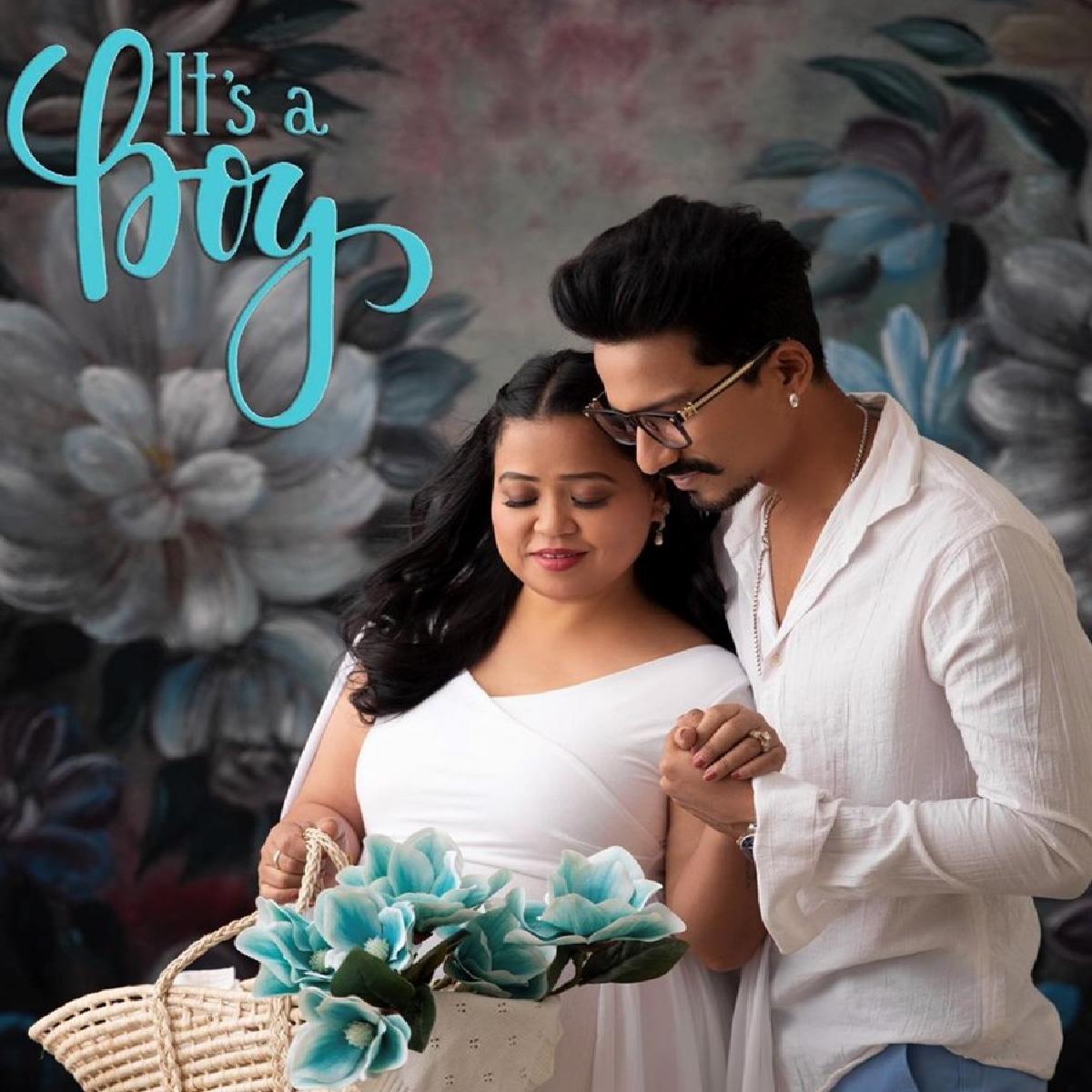 Actress and comedian Bharti Singh and her husband Haarsh Limbachiyaa are now parents to a baby boy. The coupled welcomed their first child on Sunday.

Harsh announced on Instagram with a picture from Bharti's pregnancy shoot. Sharing the photo, he wrote, “It’s a BOY.”

Bharti and Haarsh are currently seen on Hunarbaaz as hosts with Parineeti Chopra, Mithun Chakraborty, and Karan Johar on the judges' panel.

The couple tied the knot on December 3, 2017, in an intimate ceremony in Goa. Bharti announced her pregnancy in December on her YouTube channel LOL Life Of Limbachiyaa by uploading a video titled Hum Maa Banne Wale Hai. She had later revealed that she is expecting the baby in the first week of April.

Haarsh Limbachiyaa (is a noted screenwriter, television producer, and television host. He has written the shows Comedy Circus Ke Tansen, Comedy Nights Bachao, and Comedy Nights Live. He also wrote dialogues for the film PM Narendra Modi and lyrics for the title track of the film Malang.