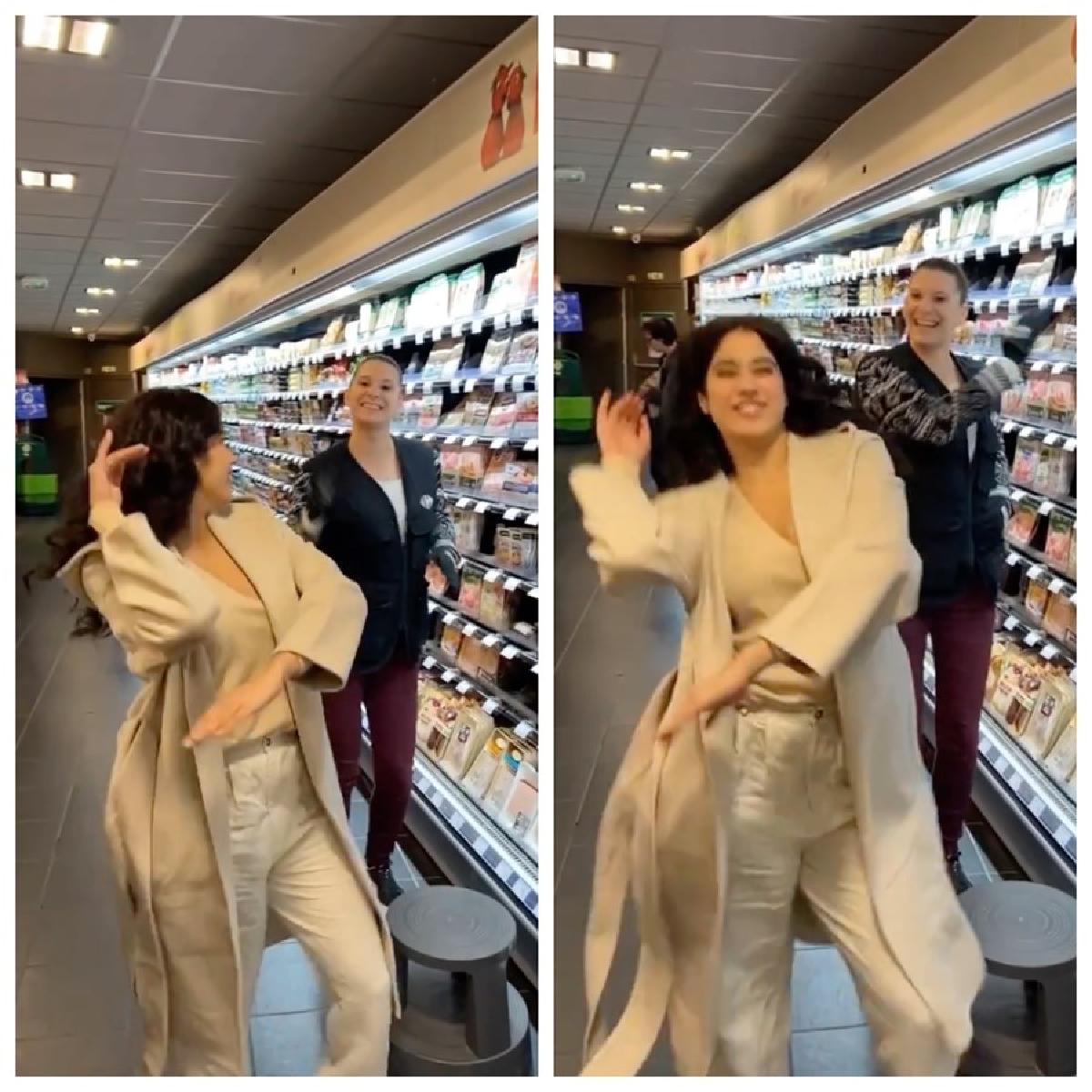 Diva Janhvi Kapoor takes the Nach Punjaabban Challenge kick-started by David Dhawa and Varun Dhawan. She takes the challenge and performs the step right in the middle of a super-market with other people.

Earlier Vijay Deverakonda and Ananya Panday took the challenge and now its Janhvi Kapoor’ turn and we got to admit, the young actress sure pulled a good one.

Interestingly, Varun Dhawan and Janhvi Kapoor are working togther for the first time on a romantic action thriller titled Bawaal, helmed by Nitesh Tiwari. The film is backed by Sajid Nadiadwala. The film team has already shot a few scenes in Lucknow. It will hit the theatres in April 2023 and later release on Amazon Prime.