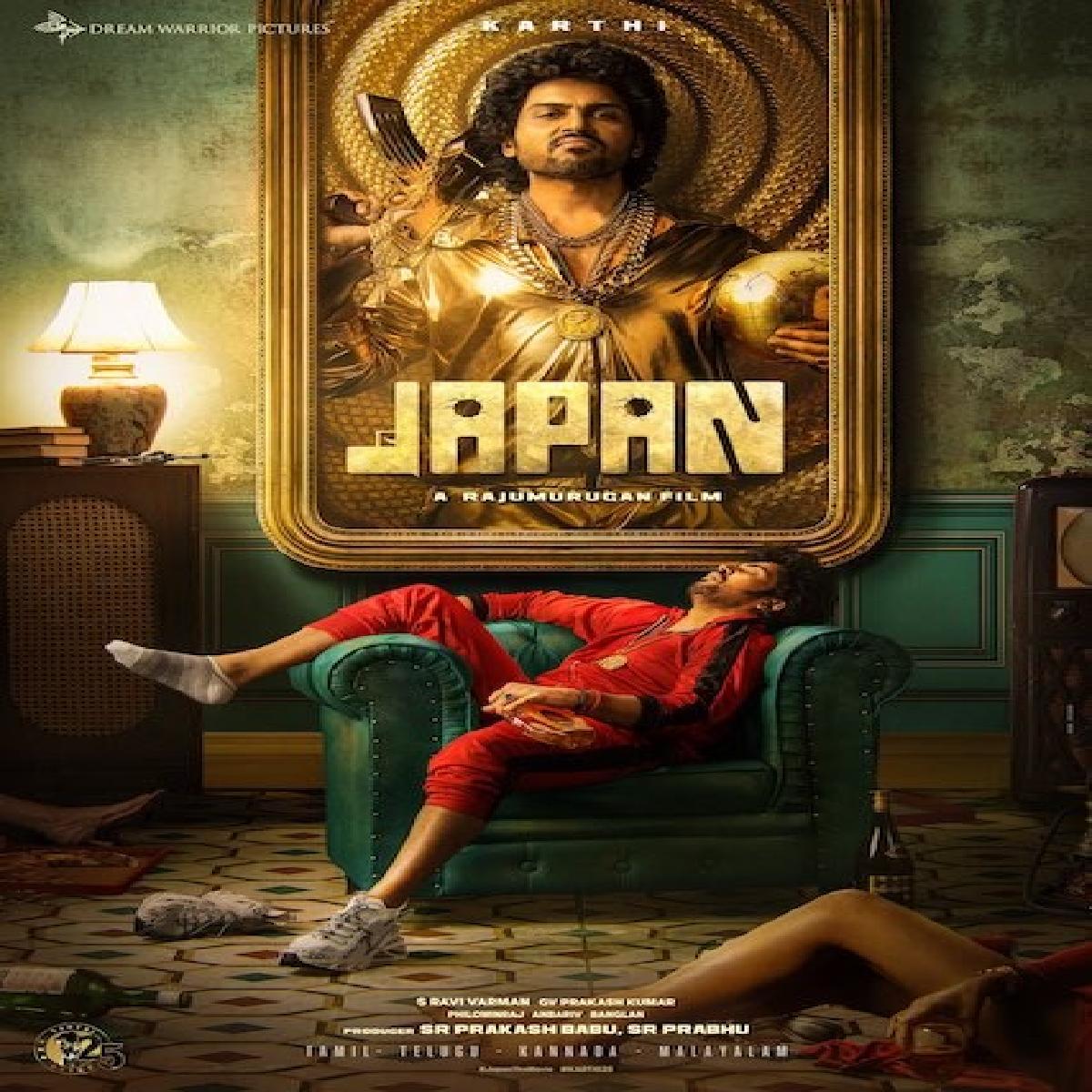 Fresh out of success of Sardar and PS-1, south sensation Karthi kick-starts the shoot of his 25th film, titled Japan, and now unveils the first look poster.

On the poster, we see two different Karthi’s, one is laid back, chilling on a sofa, wearing red color sweatpant and jacket, while the other one, is hanging on the wall, a fucked out football lover, who is loaded with gold jewellery and carrying a golden AK-47.

Bankrolled by Dream Warrior Pictures, the film will be helmed by director Raju Murugan of Joker fame. And Anu Emmanuel will play the female lead.

Apart from Japan, Karthi will next be seen reprising the role of Vallavaraiyan Vandiyadevan in the second part of Ponniyin Selvan, which will hit screens next year.

He also has a film lined up with director Lokesh Kanagaraj. The film is the sequel to his 2019 blockbuster Kaithi and it will go on the floors after Lokesh completes his project with Tamil superstar Vijay.