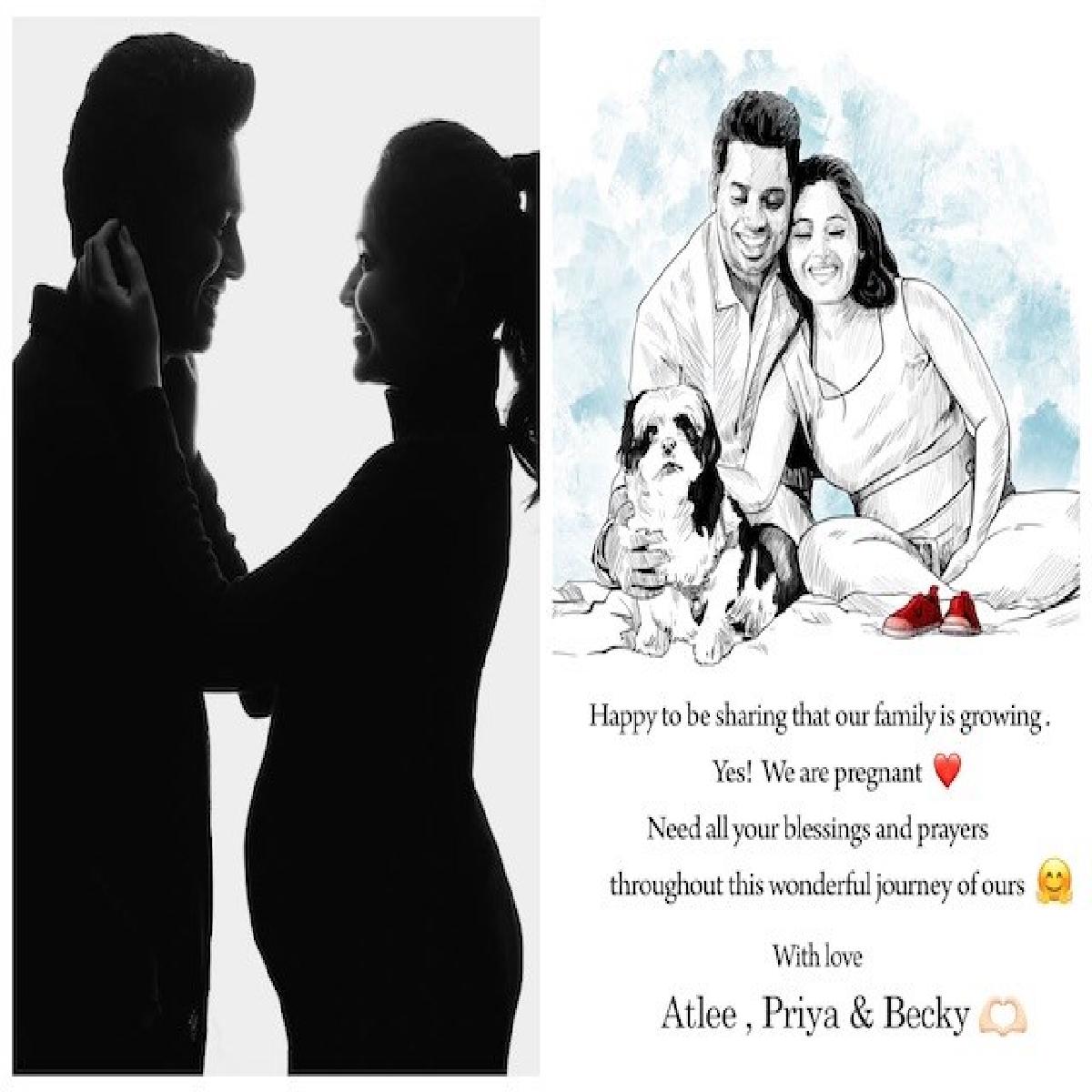 Atlee Kumar took to his social media and announced the pregnancy, he captioned his post, “Happy to announce that we are pregnant need all your blessing and love With love Atlee & @priyaatlee”

The note read, “Happy to be sharing that our family is growing. Yes! We are pregnant! Need all your blessings and prayers throughout this wonderful journey of ours. With Love Atlee, Priya and Becky”

The couple had married on November 9, 2014, after having been in a romantic relationship for several years, in a grand ceremony, in Chennai.

The director, a former associate of maverick filmmaker Shankar, had made his debut with the beloved 2013 romance drama Raja Rani, and had followed it up with a trio of films starring actor Vijay.

Atlee is currently making his debut Bollywood film Jawaan, with Shah Rukh Khan and Nayanthara in the lead roles.

The vigilante action thriller film is also written by Atlee, starring Shah Rukh Khan in a dual role along with Vijay Sethupathi and Sanya Malhotra. The film's music is composed by Anirudh Ravichander.