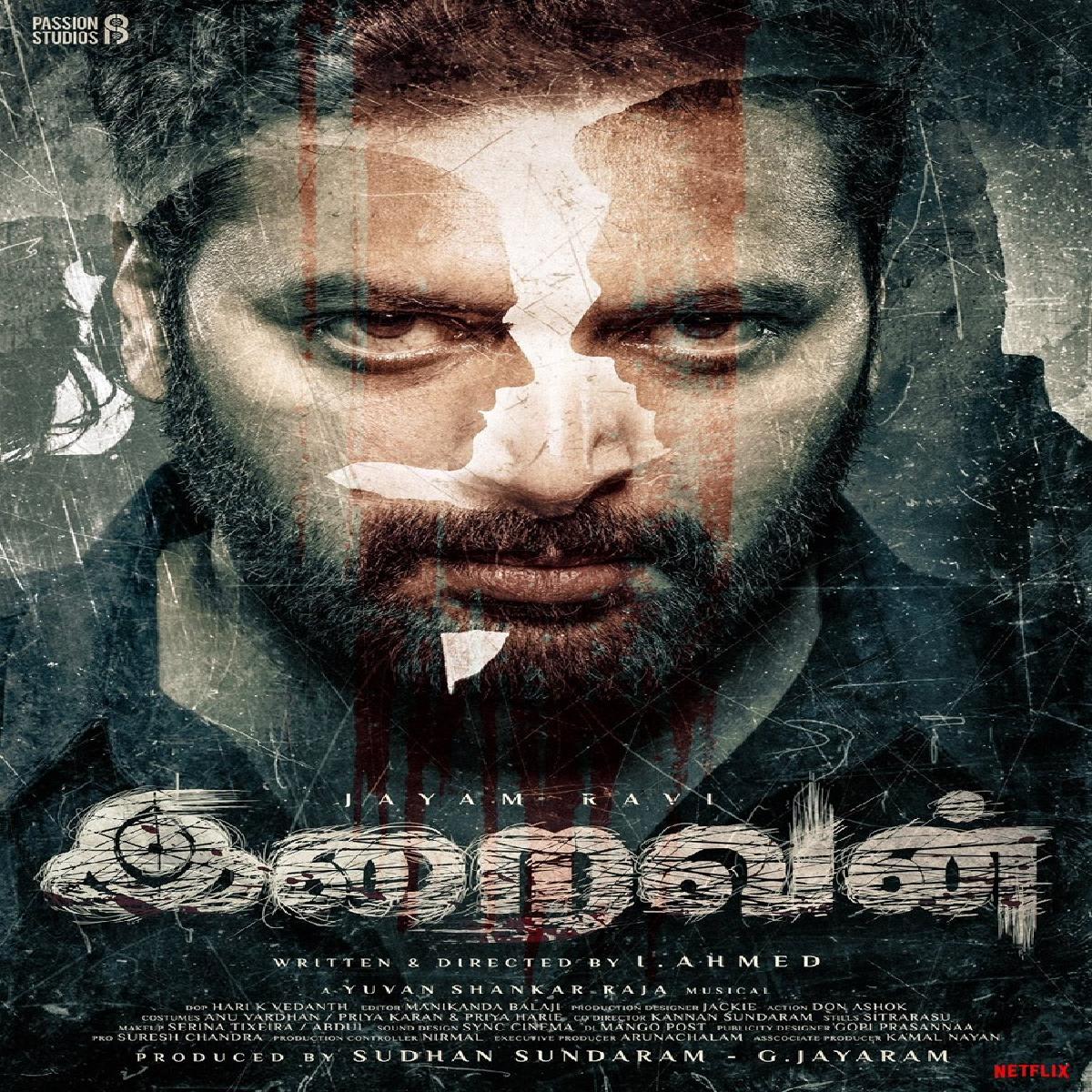 The film is a psychological thriller and the first-look poster has an intense Jayam Ravi with the shadow of Nayanthara and him in the background.

This will be the second time that Jayam Ravi and Nayanthara will be teaming up for a film. The last time they had worked together was in Thani Oruvan, the 2015 film directed by Mohan Raja.

After 'Jana Gana Mana' was delayed, Jayam Ravi and Ahmed kick-started a new project, and the film's shooting began a few months ago.

Jayam Ravi was last seen in Mani Ratnam's magnum opus Ponniyin Selvan. He plays the titular character in the film, that of Chola Prince Arulmozhi Varman, who is fondly known as Ponniyin Selvan.

The second installment of the magnum opus is all set to release in the summer of 2023 and the makers had announced the release date as April 28.​