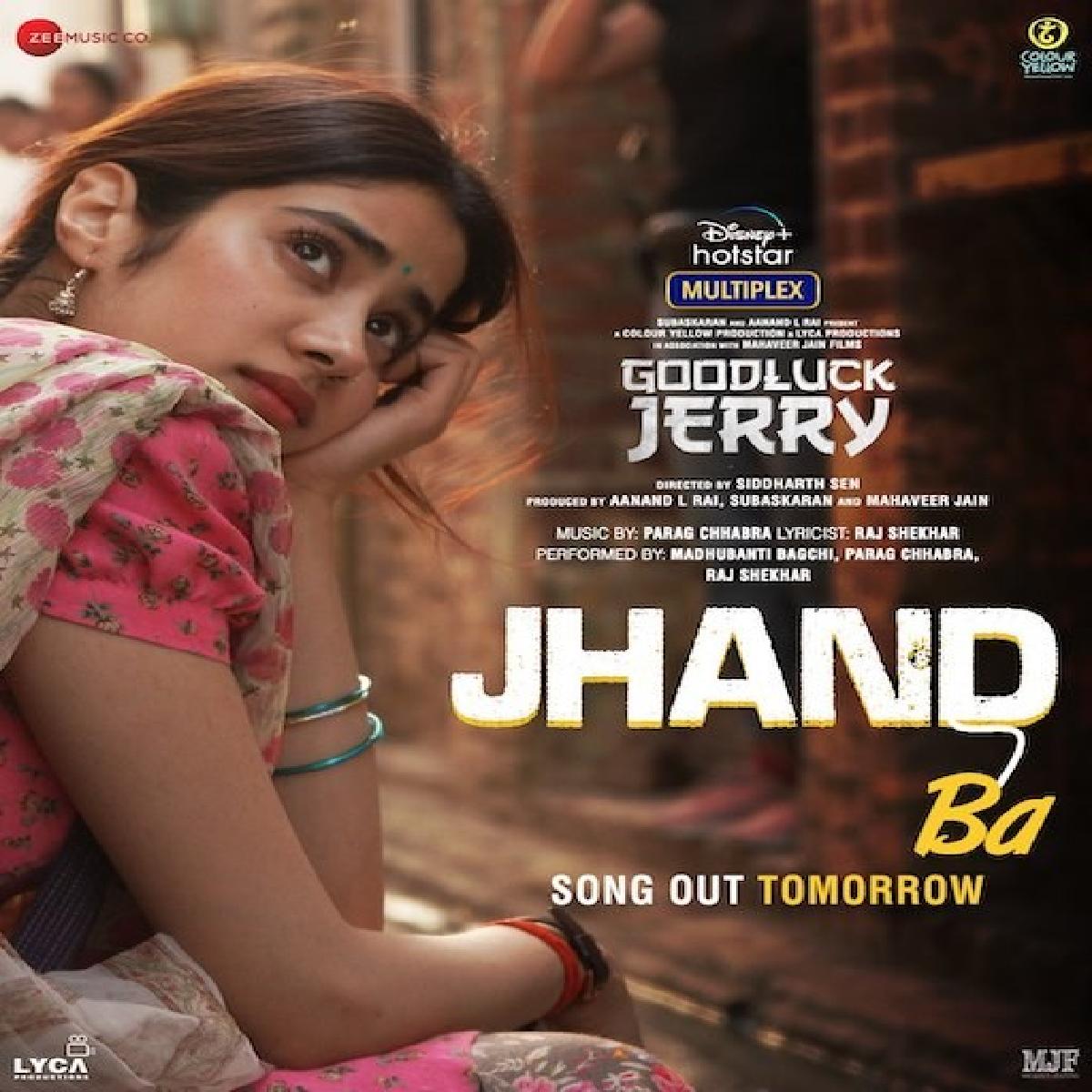 After dropping an epic trailer and two singles – Mor Mor and Paracetamol, the makers of Good Luck Jerry announces the third single from the movie, titled Jhand Ba.

The song is crooned by Madhubanti Bagchi and Parag Chhabra, the song will be out tomorrow. Good Luck Jerry is black comedy crime film directed by Sidharth Sengupta and produced by Subaskaran Allirajah, Aanand L. Rai and Mahaveer Jain.

The film stars Janhvi Kapoor, Deepak Dobriyal, Mita Vashisht, Neeraj Sood, and Sushant Singh in pivotal roles. It is a remake of the Tamil film Kolamaavu Kokila (2018). The film is scheduled to premiere on 29 July 2022 on Disney+ Hotstar.

The movie is about a girl named Jerry who along with her mother Sarbati and younger sister Cherry is trying to overcome a financial hurdle. She works at a massage parlour but when her mother is diagnosed with cancer, she enters the world of drug peddling to make money for her mom’s treatment.

Soon she has a close encounter with the police and decides to leave. But before she bids goodbye, she must deliver a consignment that might be the most dangerous work of her life.