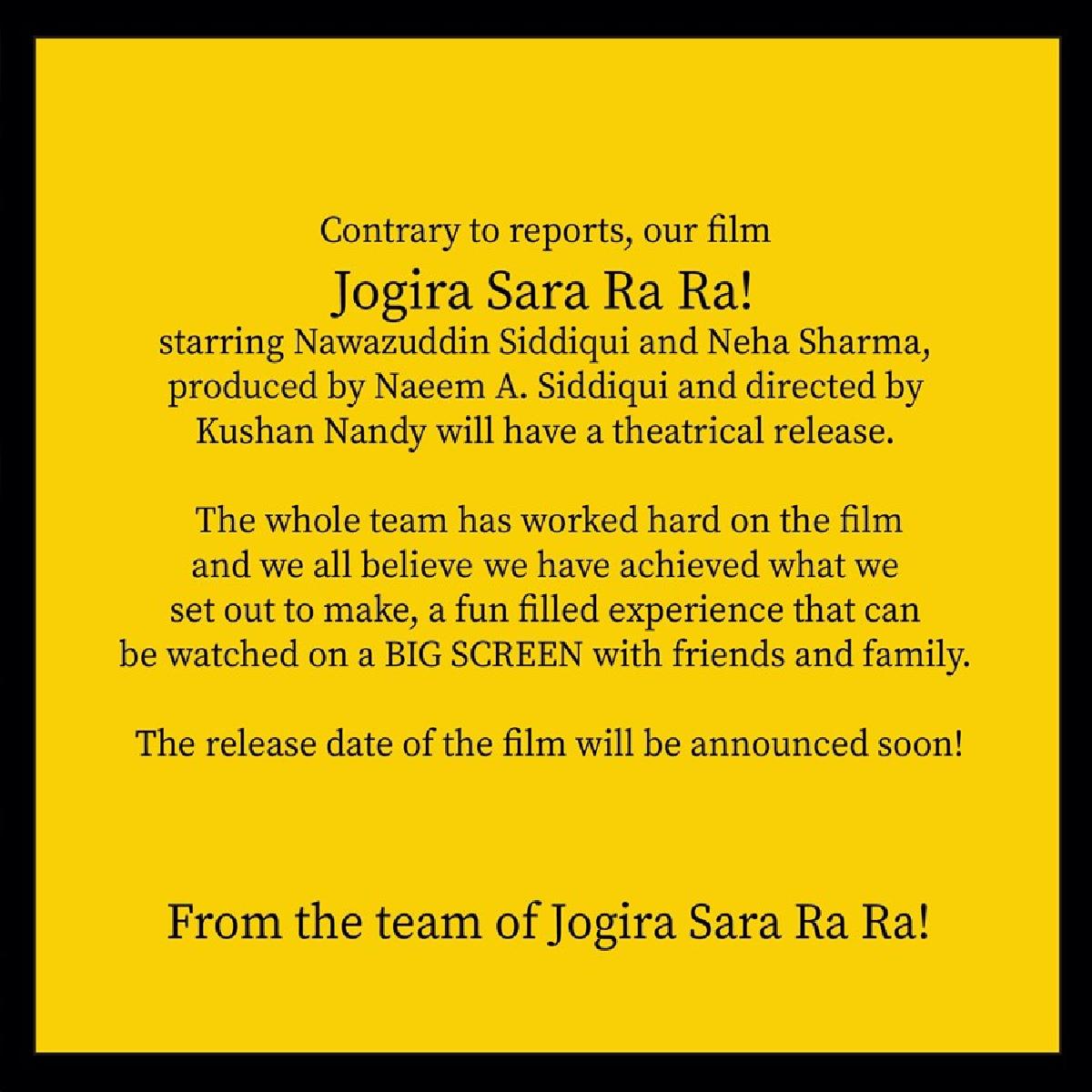 The makers of actor Nawazuddin Siddiqui and Neha Sharma starrer 'Jogira Sara Ra Ra' clears the air about movie release. The film will release theatrically contrary to news that it might be shelved or will opt for OTT release.

Jogira Sara RaRa is helmed by Kushan Nandy and produced by Naeem A Siddiqui, with Kiran Shyam Shroff as creative producer of the upnoming project.

Slamming the news about OTT release, it said, “Contrary to reports, our film Jogira Sara Ra Ra! Starring Nawazuddin Siddiqui and Neha Sharma, produced by Naeem A. Siddiqui and directed by Kushan Nandy will have a theatrical release. The whole team has worked hard on the film and we all believe we have achieved what we set out to make, a fun filled experience that can be watched on a BIG SCREEN with friend and family.

The release date of the fill will be announced soon! From the team of Jogira Sara Ra Ra!” read the statement.

Produced by Naeem A. Siddiqui of Touchwood Multimedia Creations, the movie has Kiran Shyam Shroff as its Creative Producer and is written by Ghalib Asad Bhopali.

Jogira Sara Ra Ra is a quirky tale of two people...NOT in love! The makers promise a fun vibe with the film which they hope to release theatrically. The film also features Sanjay Mishra and Mahaakshay Chakraborty in supporting roles.

Meanwhile on the work front, actor Nawazuddin Siddiqui has series of movies in his kitty, such as Adbhut, Tiku Weds Sheru, Noorani Chehra, Bole Chudiyan, Sangeen, Afwaah and more.