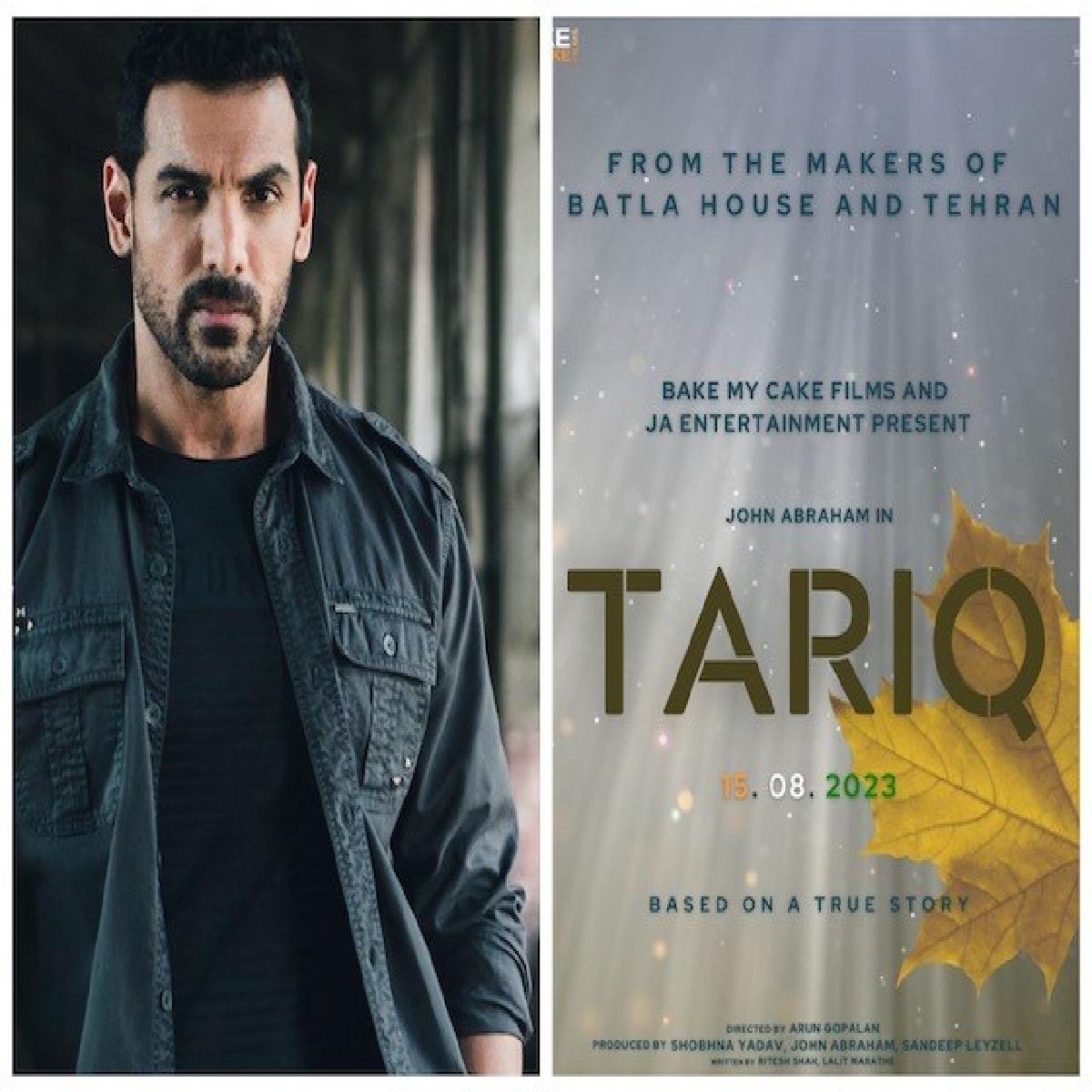 Action superstar John Abraham confirms his next movie, titled Tariq, helmed by Arun Gopalan.Sharing the poster, John wrote, "Aazadi ki 'Tariq', 15 August, 2023. 'Tariq' is our next creative collaboration with Bake My Cake Films after Tehran and Batla House. Time to celebrate the freedom to tell

John for this project joins hands with Bake My Cake Films after Batla House and Tehran. The film is produced by the actor himself along with Shobhna Yadav and Sandeep Leyzell.

The film is penned by Ritesh Shah and Lalit Marathe. John will be lead the cast of Arun Gopalan directorial, which is slated to hit the theatres on Agust 15, 2023

Apart from that, he will also star in Sidharth Anand's next directorial 'Pathaan' alongside Shah Rukh Khan and Deepika Padukone, which is all set to hit theatres on January 25, 2023.