John Abraham Issues A Statement Owning The Response Attack Got 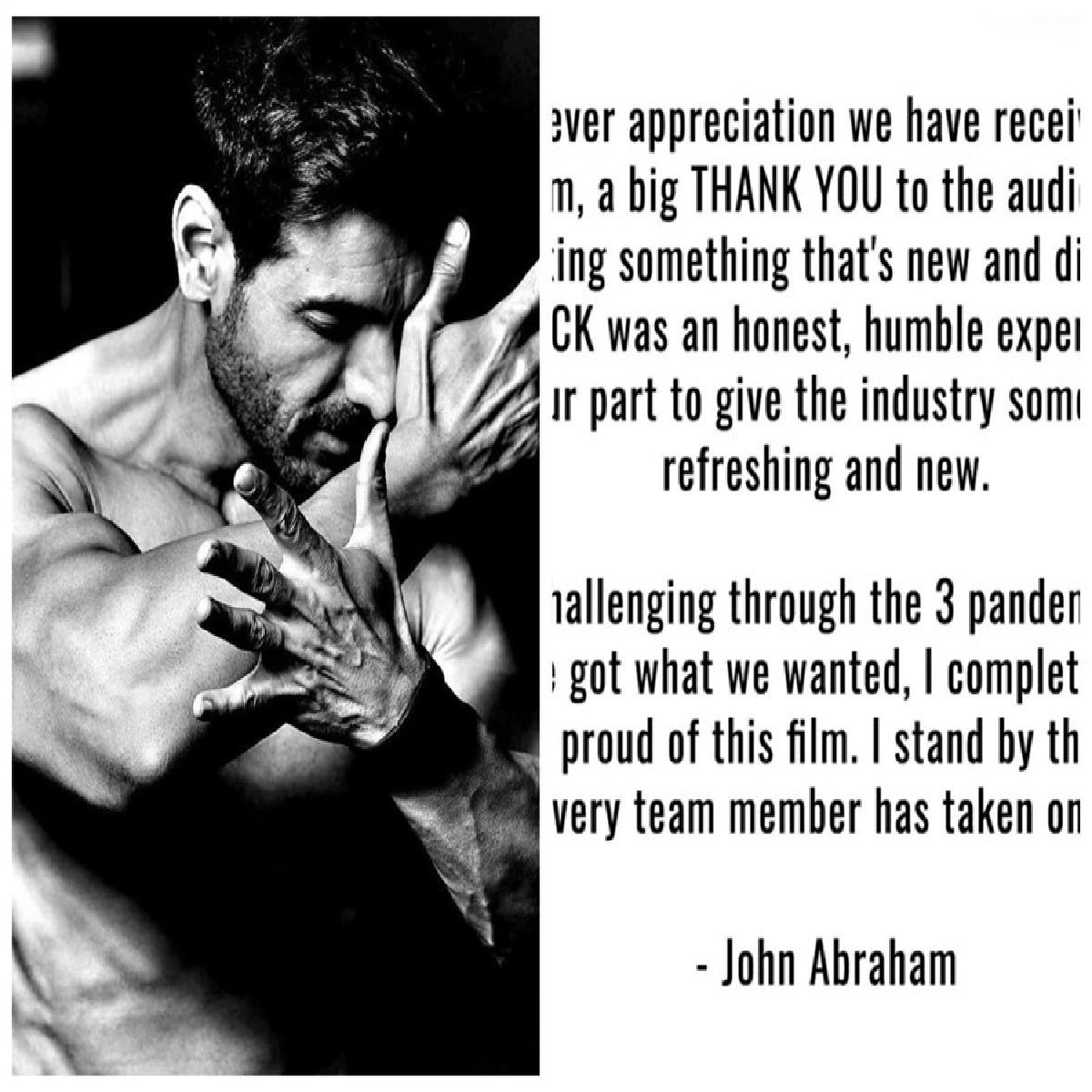 Actor John Abraham's starrer Attack was released with mixed reviews and a slow box-office collection due to various reasons. And now, the actor issues a statement owning the experiment gone wrong.

John took to his social media profile and shared a post, mentioning that this film had weathered three waves of the pandemic, and that he was very proud of the outcome. Attack wasn’t able to make much of an impact at the box office, and got steamrolled by SS Rajamouli’s RRR.

The note read, “Whatever appreciation we have received for the film, a big Thank You to the audience for accepting something new and different. Attack was an honest, humble experiment on our part to give the industry something refreshing and new”

“It was challenging through the 3 Pandemic waves but we got what we wanted, I completely own and am proud of this film. I stand by the honest effort every team member has taken on Attack. – John Abraham” read the full note.

The film is an action thriller, directed by Lakshya Raj Anand, and is touted to be inspired by true events. Attack is produced by Jayantilal Gada of Pen Studios, John Abraham, and Ajay Kapoor.

Next, John will be seen in Pathaan and Ek Villain Returns.