Kajaria Ceramics to Be Title Sponsor for India's Zimbabwe Tour 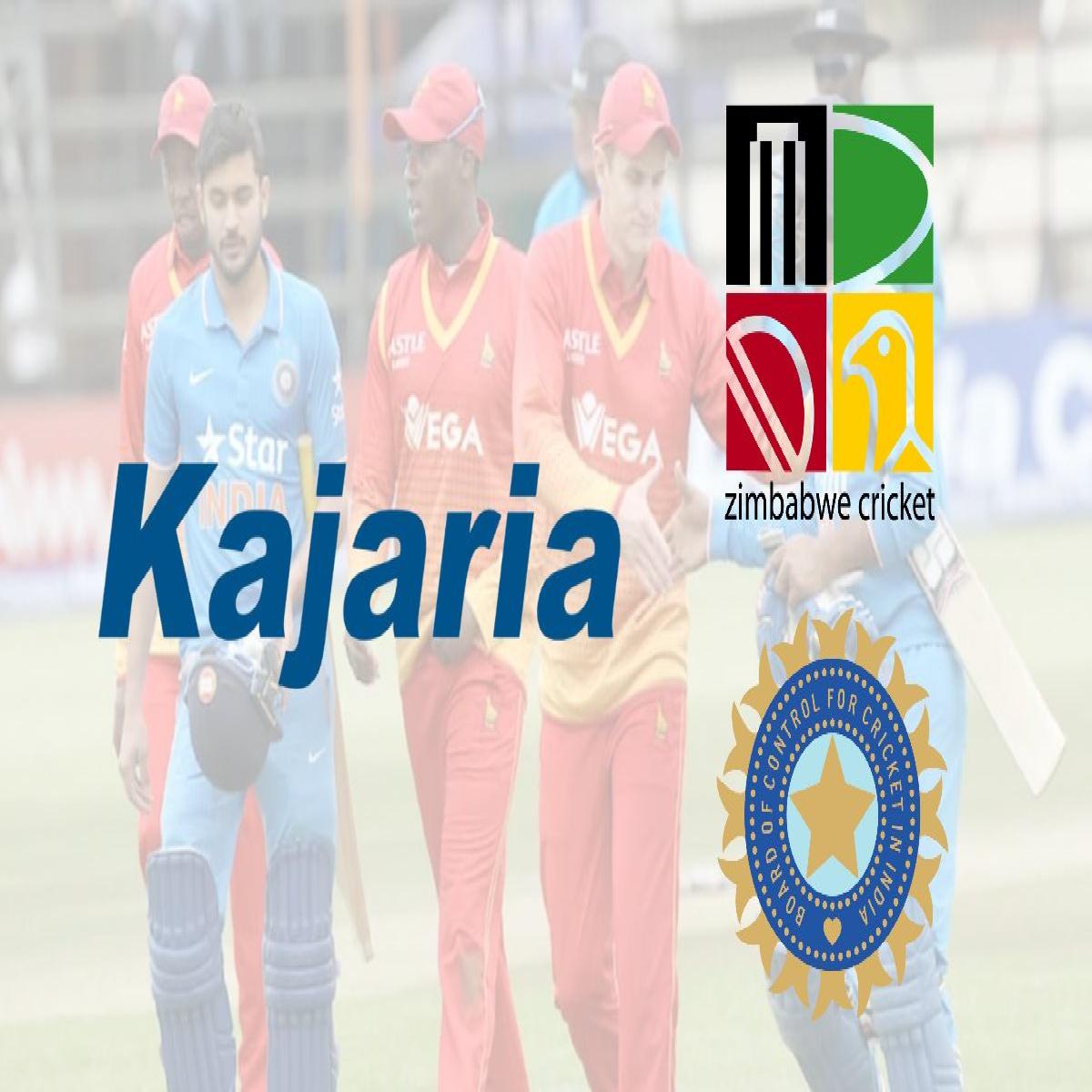 As the India men's cricket team embark on their first tour of Zimbabwe since 2016, a familiar name will re-enter the cricketing sponsorship arena.

Kajaria Ceramics announced today that it would be the title sponsor for the three-match ODI series, known as the Kajaria Cup.

The tiles company, a market leader in its segment in India, has been associated with cricket, including on-ground presence through billboards as well as on-air branding during games on television, but this will be its first foray into title sponsorship.

Speaking about the association, Mr Rishi Kajaria, Joint Managing Director at Kajaria Ceramics Ltd, said: “Kajaria has been supporting cricket for a long time and is proud to be title sponsor of the upcoming ODI series between India and Zimbabwe, because there is no other platform that reflects the unanimous choice of Indians like cricket does. It's the same with the admiration our customers have for the brand.”

“We are looking forward to a keen contest, because Zimbabwe are a great team who have recently had a great run of results, and India’s team will have players looking to stamp their authority on the International stage.”

Commenting on the association, Zimbabwe Cricket Managing Director Mr Givemore Makoni said: “We are thrilled to welcome Kajaria Ceramics as the title sponsors of this series.”

“High-profile contests like these are important for cricket in Zimbabwe to flourish and for the world to witness the talent and the entertainment our superb team has to offer, and we are glad to be receiving support from brands such as Kajaria, enabling us to put on a spectacular event here in Harare.”

The India team will be led by KL Rahul, with Shikhar Dhawan as the vice-captain and includes emerging stars like Ishan Kishan and Deepak Hooda.

Meanwhile, the Zimbabwe team led by Regis Chakbva will feature Sikandar Raza, who inspired his side to a two-one ODI series victory against Bangladesh in Harare at the beginning of August.