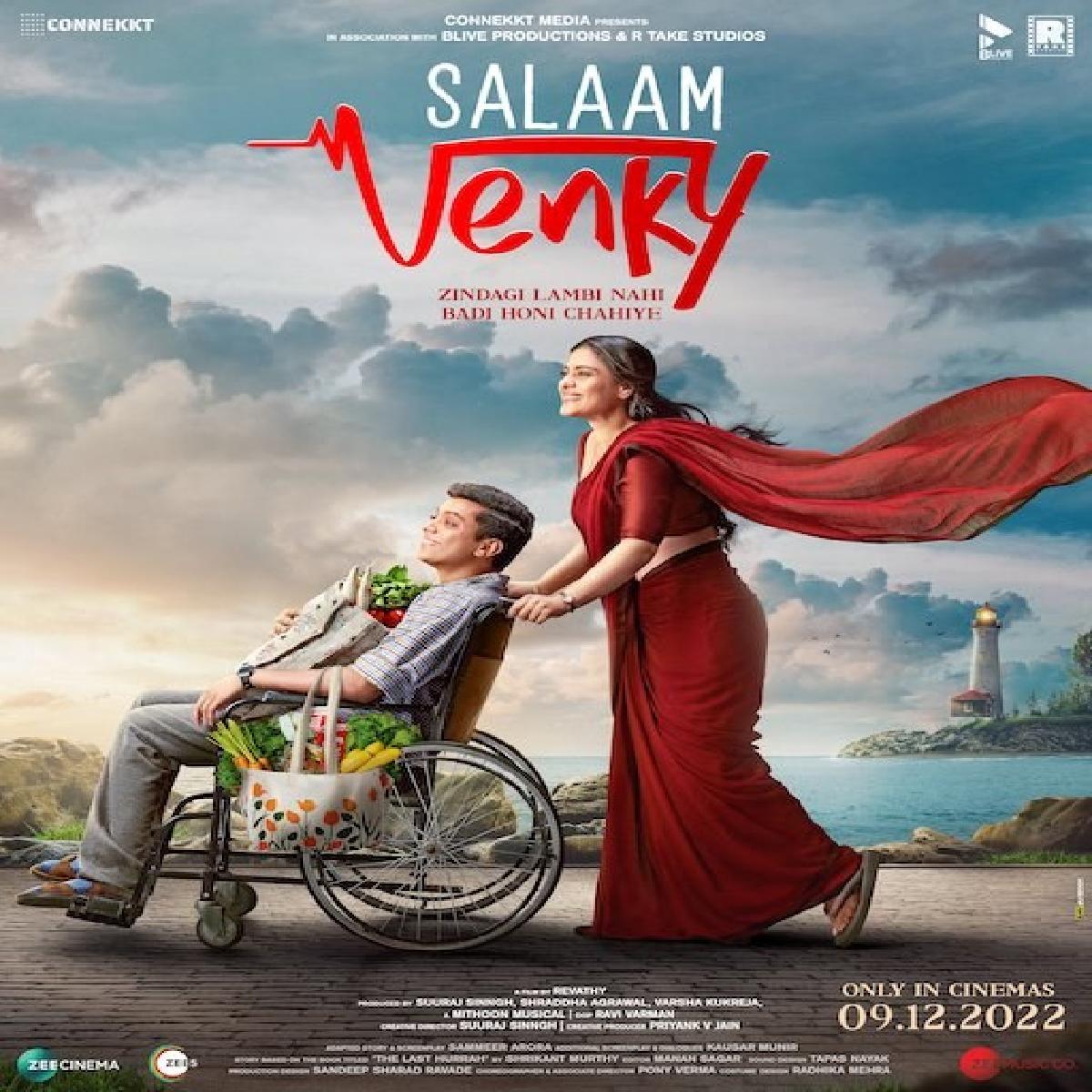 Salaam Venky is directed by Revathi, who also directed the national award-winning film Mitr: My Friend. The film stars Kajol in the lead role, the film is cantered around a true story of a woman and the challenges she faces in life.

The film was earlier titled as The Last Hurrah, but later makers opted for Salaam Venky, the film is inspired by a true story and real characters, tells a tale of an exemplary mother, Sujata, who battled the most challenging situations one can ever face with a smile. https://newsonfloor.com/article/detail/kajol-starrer-salaam-venky-gets-a-release-date-2123.htm

The film is produced by Suraj Singh and Shraddha Agrawal through their banners, Blive Productions and RTake Studios, respectively. The film is scheduled for a theatrical release on 9 December 2022.

Apart from Salaam Venky, actress Kajol is shooting for The Good Wife,  an upcoming legal and political drama streaming television series on Disney+ Hotstar. It is an adaptation of Robert King and Michelle King's The Good Wife, being directed by Suparn Verma. The series is cantered on a housewife who, after 13 years, returns to work at a law firm to support her family when her husband gets imprisoned.