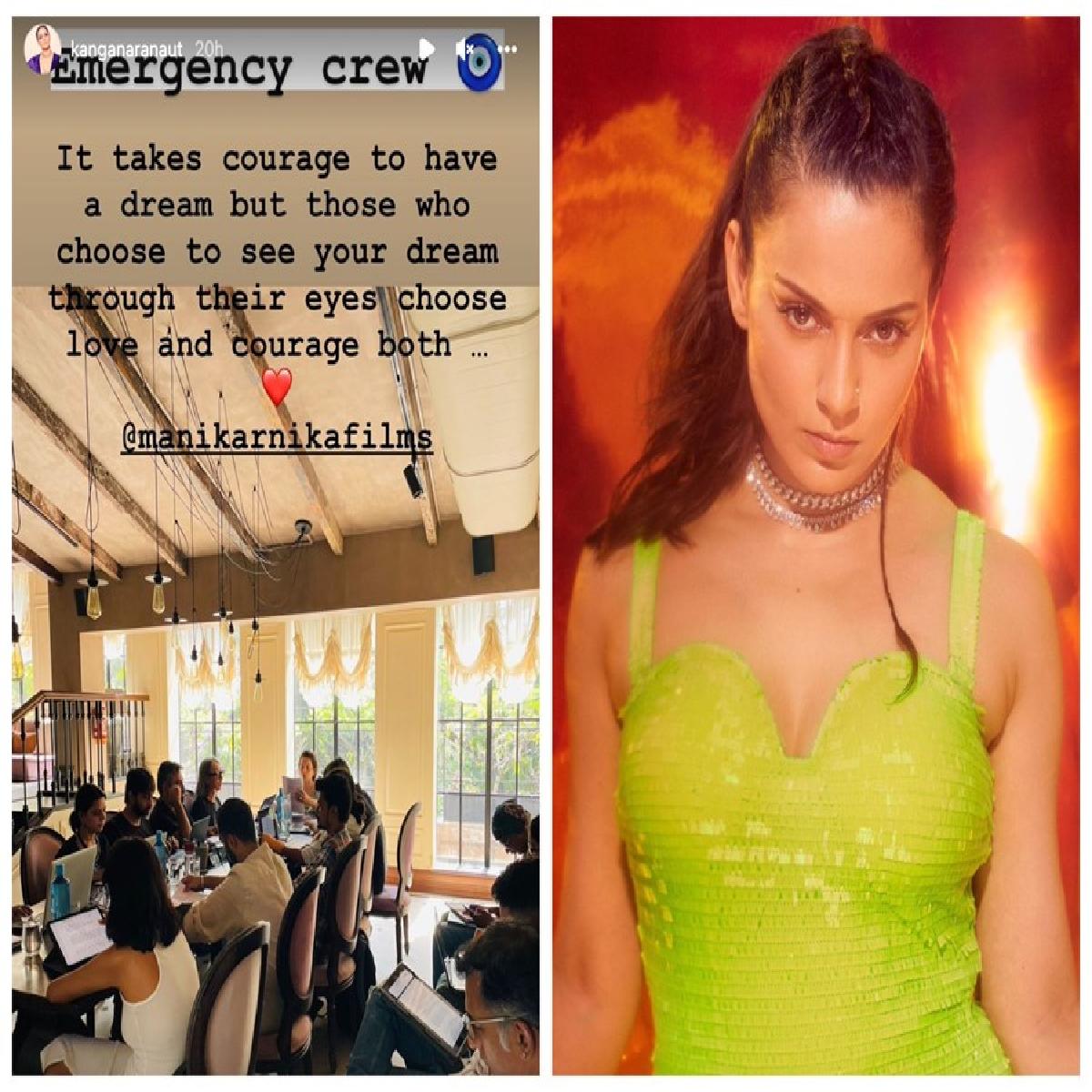 After debuting as director with Manikarnika, actor and producer Kangana Ranaut has announced that her second feature film as director, titled Emergency, is based on former Indian Prime Minister Indira Gandhi and now introduces her entire crew.

Kangana Ranaut took to her social media and shared a picture from the production house, where she is seen brainstorming ideas and scripts for the forthcoming political drama. She captioned her post, “Emergency crew…It takes courage to have a dream but those who choose to see your dream through their eyes choose to love and courage both…[email protected]”

Kangana had previously assumed the director's chair for her 2019 movie Manikarnika. The film's final cut had given the director credit to both her as well as Radha Krishna Jagarlamudi.

An Emergency is one of the most controversial subjects and the movie will be a hugely anticipated one among her fans.

Kangana is also busy with Tejas, Dhaakad, and Manikarnika: The Legend Of Didda.

Dhaakad is directed by Razneesh Razy Ghai and will feature Kangana Ranaut, Arjun Rampal, and Divya Dutta as lead characters.