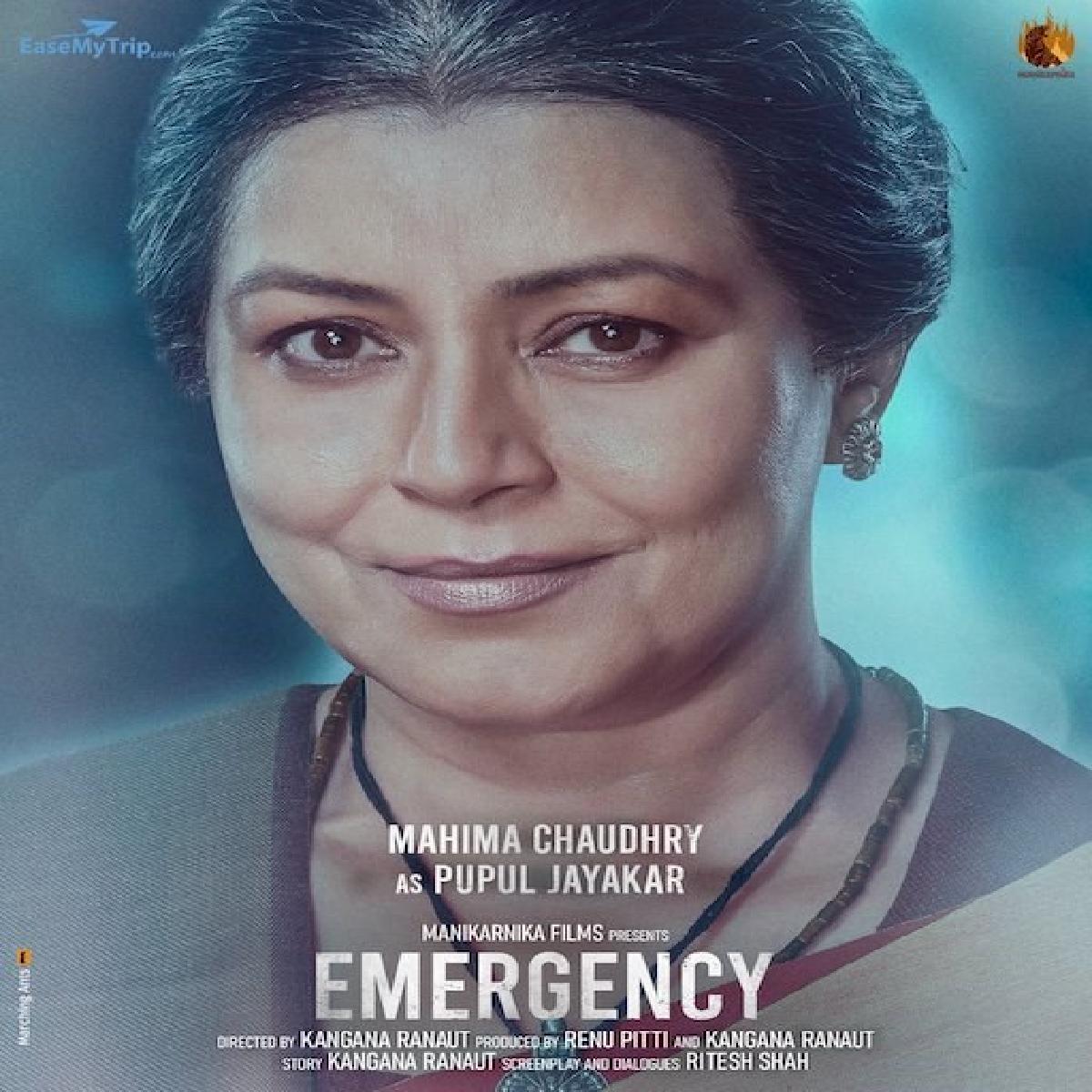 Kangana Ranaut shared the first look poster of Mahima which she captioned, "Presenting @mahimachaudhry1 as the One who witnessed it all, and wrote for the world to see the Iron Lady up, close and personal. #PupulJayakar Friend, Author & Confidante #Emergency @manikarnikafilms @nishantpitti @anupampkher @shreyastalpade27 @mrsheetalsharma @aksht_ranaut

Pupul Jayakar was an author, a very close friend of Mrs Gandhi and has also written her autobiography. Mrs Gandhi confided in her about everything. 'Emergency' marks Kangana's first solo directorial film in which she will be also seen portraying the role of former Indian Prime minister Indira Gandhi.