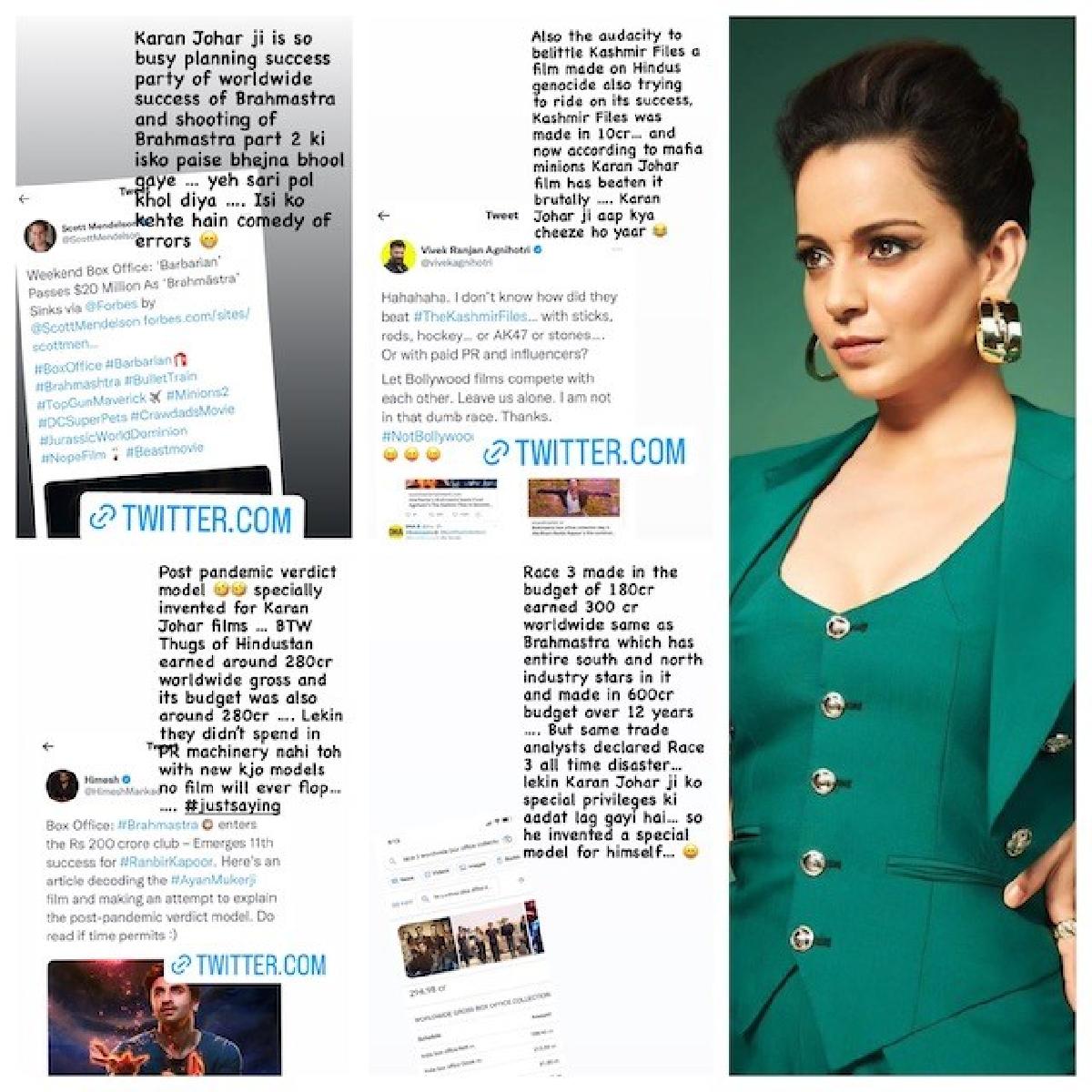 Bollywood diva Kangana Ranaut has an axe to grind with Karan Johar his PR gimmicks, and this time around she took to her social media profile and posted some of recent assessment by trade analysts, slamming all of them.

Sharing a tweet from trade analyst claiming Brahmastra has earned 200 cr at the box-office, Kangana wrote, "Post pandemic verdict model, specially invented for Karan Johar films...BTW Thugs of Hindustan earned around Rs280 crore worldwide gross and its budget was also around Rs280 crore...Lekin they didn't spend on PR machinery. Nahi toh with the new KJo models, no film will ever flop."

“Race 3 made in the budget of 180 cr earned 300cr worldwide same as Brahmstra which as entire south and north industry stars in it and made in 600cr budger over 12 years….but same trade analysts declared Race 3 all time disaster…lekin Karan Johar ji ko special privileges ki aadat lag gayi hai…so he invented a special model for himself”