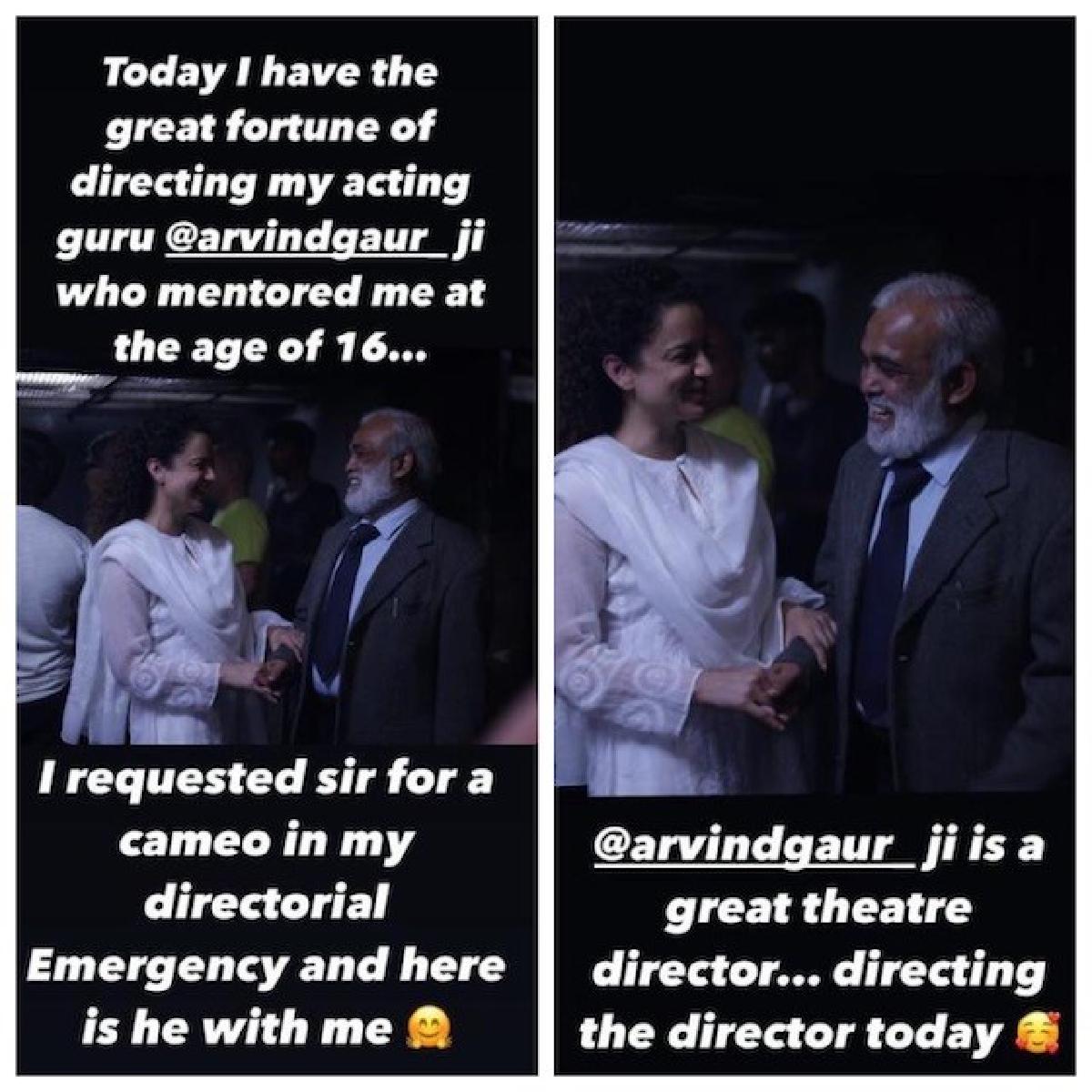 Actor and director Kangana Ranaut is leaving no stone unturned in giving her best to her second directorial 'Emergency, shares an emotional post about directing her acting guru Arvind Gaur in the upcoming movie.

Sharing update about the film on her social media, Kangana dropped a picture with her guru along with a caption. She wrote, “Today I have the great fortune of directing my acting guru @arvindgaur ji who mentored me at the age of 16. I requested sir for a cameo in my directorial Emergency and here is he with me."

She also shared another post introducing her guru. She stated, "Arvind is a great theatre director...directing the director today."In the picture, Kangana is seen in a white chikankari suit holding her guru's hand and having a conversation. Kangana has been working non-stop on the film. In fact, she worked despite suffering from dengue a few weeks ago.

The film also features Anupam Kher, Mahima Chaudhry and Shreyas Talpade in pivotal roles. 'Emergency' revolves around the life of former Prime Minister Indira Gandhi and it features Kangana in the titular role of the late politician.

Kangana will also be seen in Sarvesh Mewara's directorial 'Tejas', the film will feature Ranaut in the role of an Air Force Pilot. The official film date is still awaited.