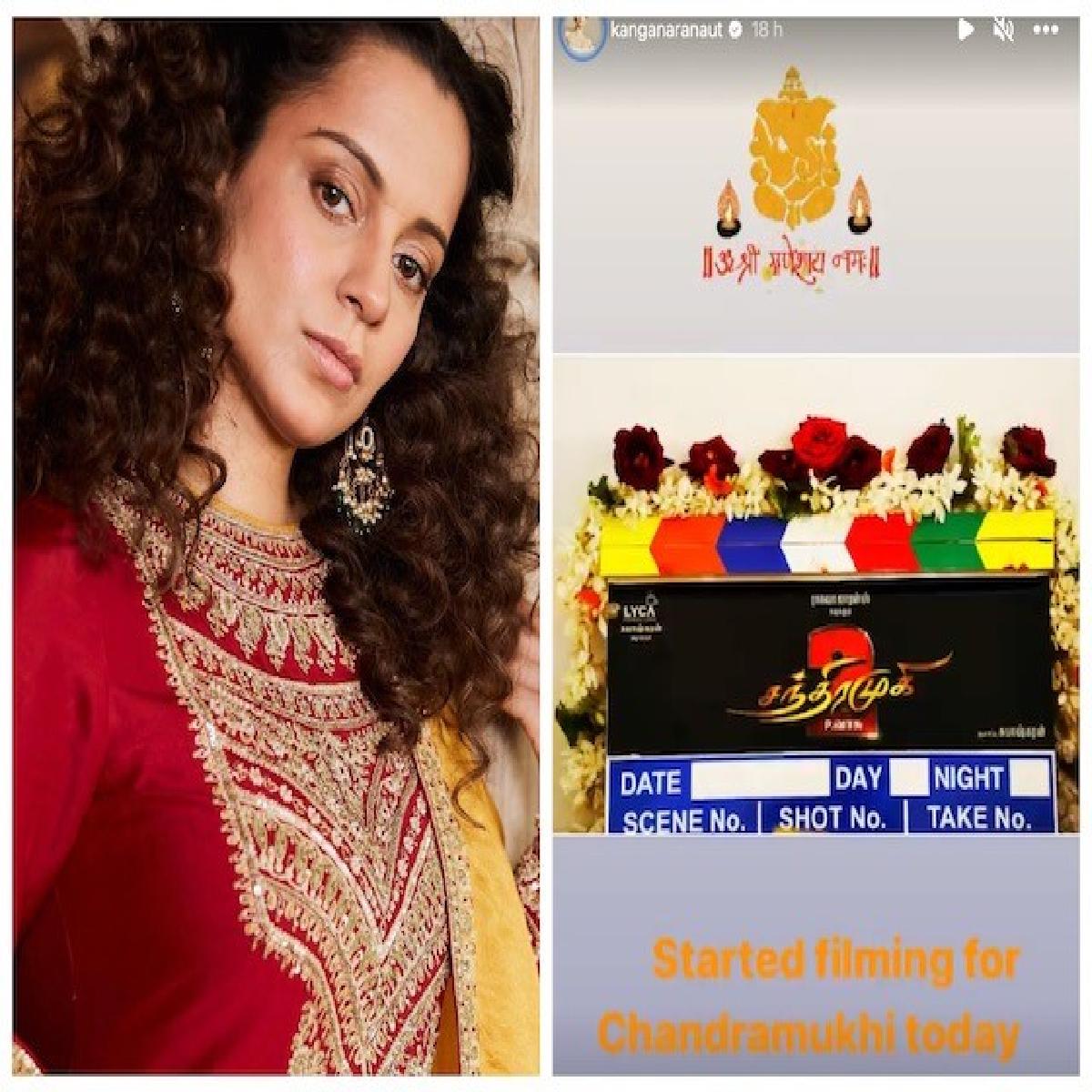 Sharing a story on her social media profile, Kangana shared a picture of the films' clapboard on her stories which she captioned, "Started filming for Chandramukhi today."

In 'Chandramukhi 2' Kangana will portray the role of a dancer in the king's court, who was known for her beauty and dance skills. Tamil actor Raghava Lawrence will play the lead role opposite Kangana in the film.

Apart from Chandramukhi 2, actress Kangana is directing her second venture titled Emergency, she recently wrapped up the Assam schedule of the movie, which revolves around the life of former Prime Minister Indira Gandhi and features Kangana in the titular role of the late politician.

She will be next seen in 'Tejas' in which she will be seen portraying the role of an Indian airforce pilot. The official release date of the film is still awaited.

Apart from that, she also has, 'Manikarnika Returns: The Legend of Didda', and 'The Incarnation: Sita'.