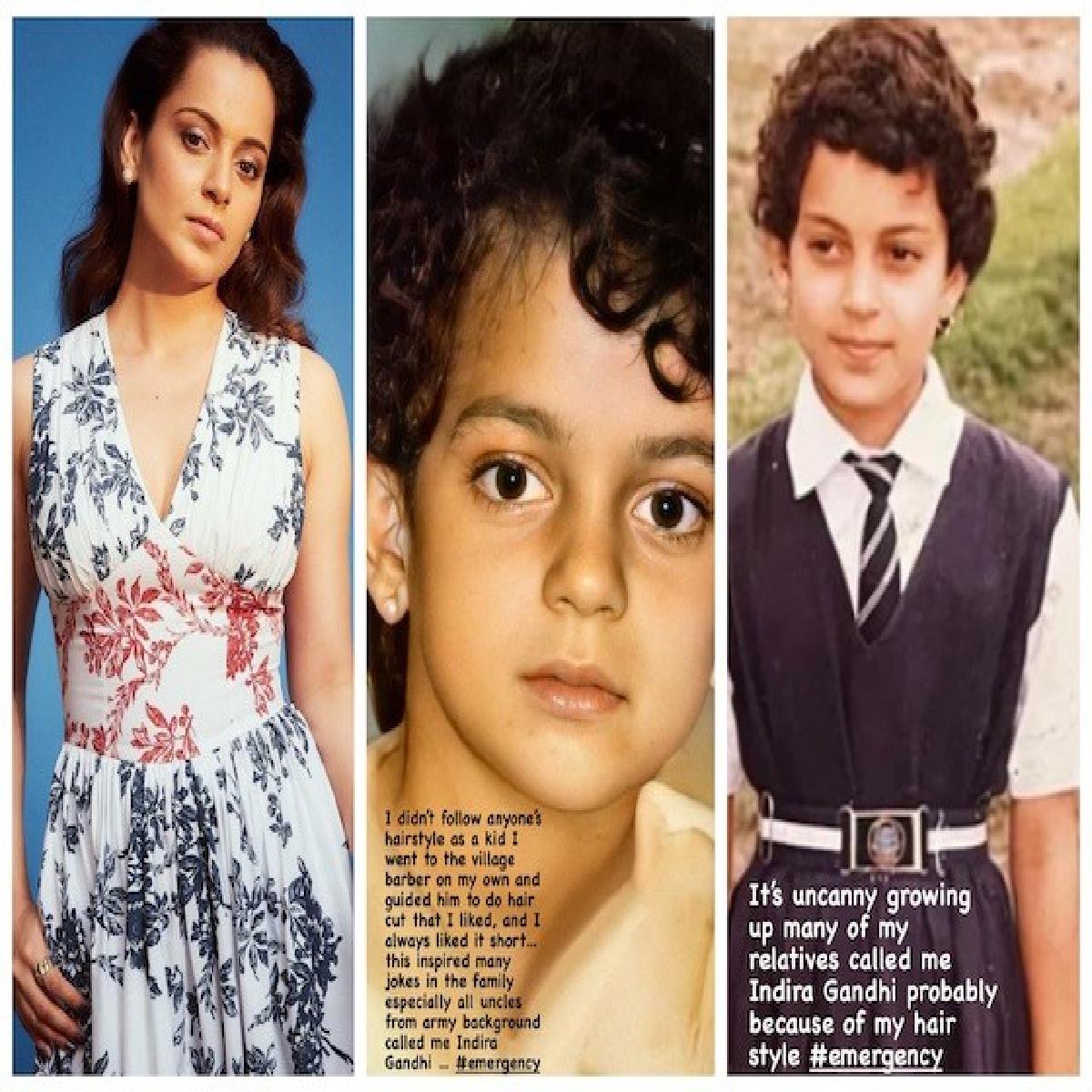 Emergency is based on the late Prime Minister Indira Gandhi. The film is all about the internal emergency that Indira Gandhi declared on June 25, 1975.

Sharing a picture of her wearing a school dress, the actress wrote, "It’s uncanny growing up, many of my relatives called me Indira Gandhi probably because of my hair style. #emergency".

Sharing another cute childhood picture, she wrote, "I didn't follow anyone's hairstyle as a kid. I went to the village barber on my own and guided him to do hair cut that I liked it short...this inspired many jokes in the family especially all uncles from army background called me Indira Gandhi... #emergency"

Emergency tells the story of a watershed moment in the political history of the country, the Emergency, which was declared by the then PM Indira Gandhi on June 25, 1975, and lasted till 21 March 1977.

During this 21-month period, civil liberties were suspended, press censorship came into being and elections were canceled among other impositions. It is often referred to as one of the most controversial periods of India’s Independent history.