Kangana Ranaut To Collaborate With David Malinowaski For Emergency 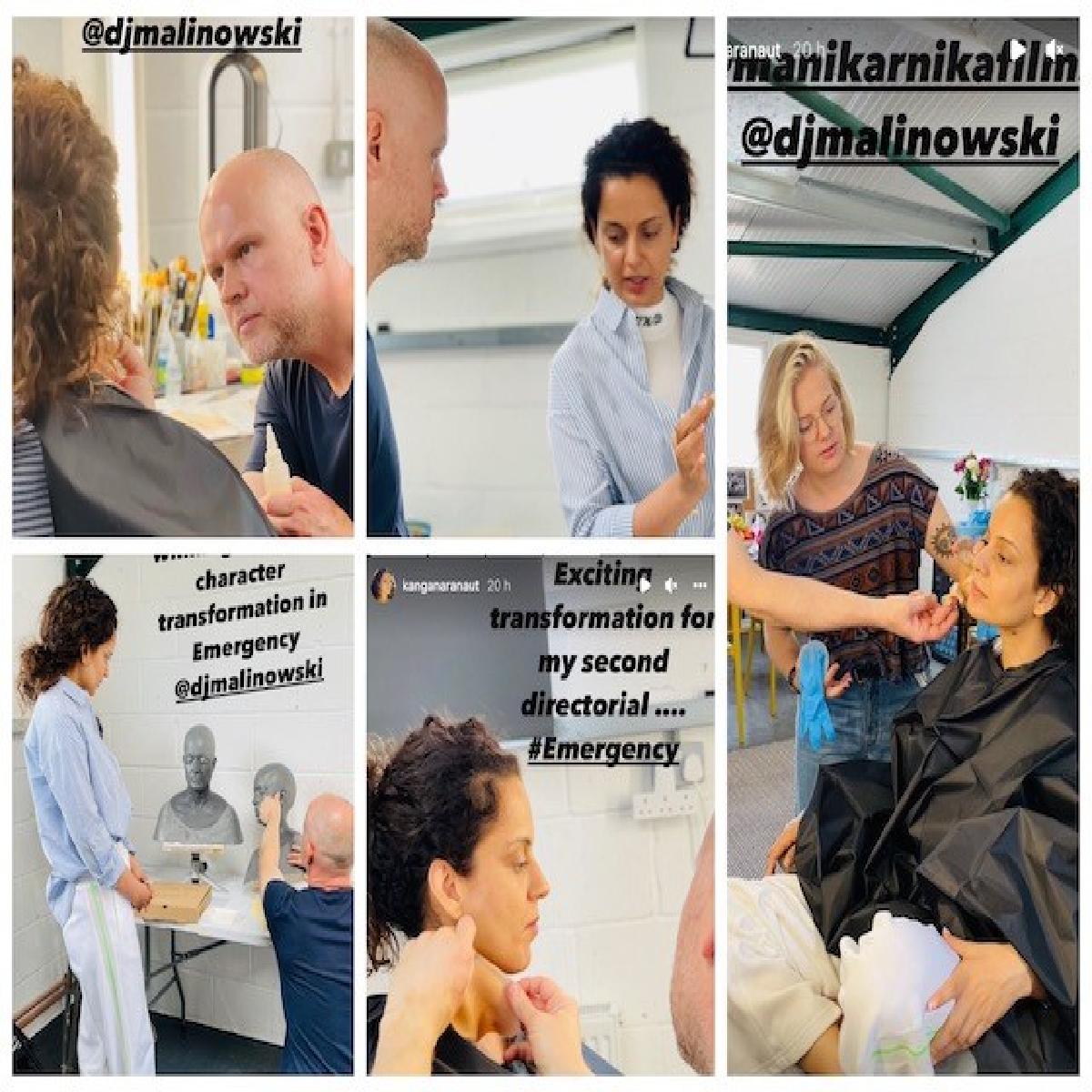 After roping in international stunt directors and make-up artists for Dhaakad, actress Kangana Ranaut will be collaborating with Academy award-winner David Malinowaski for Emergency.

Actor Kangana Ranaut, who is set to portray Indira Gandhi in her upcoming directorial 'Emergency', has got Academy award-winning make-up artist David Malinowski to help her transform into the former Prime Minister look.

Kangana took to her social media and shared a series of stories, where she is working closely with get the prosthetic work right for the film. The duo are in London right now.

In the pictures, the 'Queen' actor, dressed in a white tee, matching trousers and a blue striped shirt over it, was seen understanding the process from David.

Kangana will not only act as the lead in 'Emergency' but this project is also her second directorial venture following 'Manikarnika', produced under her banner Manikarnika films

'Emergency' is based on the life of late Prime Minister Indira Gandhi. Apart from it, Kangana is also coming up with 'Tiku Weds Sheru', which stars Nawazuddin Siddiqui and Avneet Kaur in the lead roles

Kangana has also wrapped-up Tejas, which is her first aerial movie where she will be seen playing a pilot.