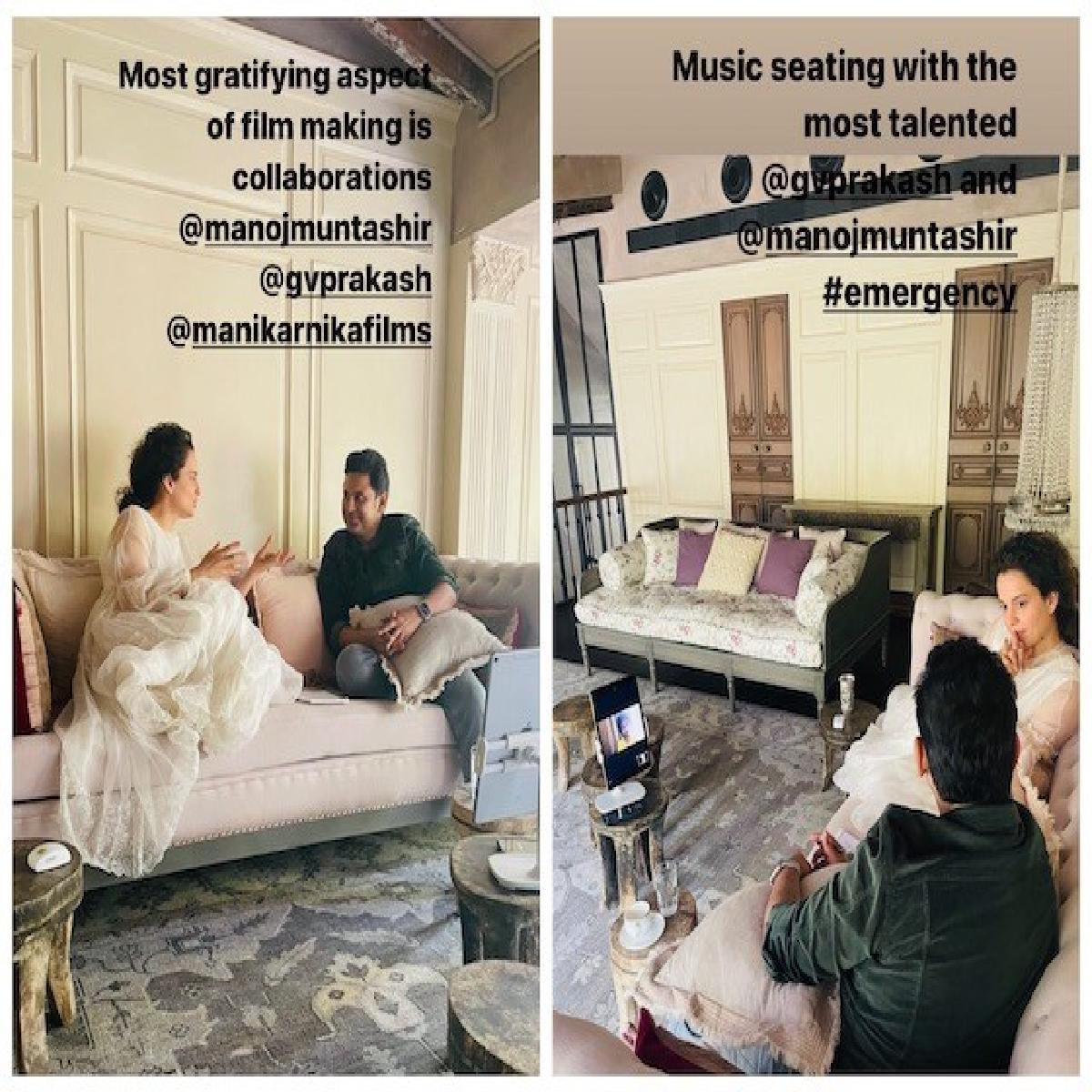 Taking to her social media profile, Kangana Ranaut shared back to back two stories. One read, “Most gratifying aspect of film making is collaborations @manojmuntashir @gvprakash @manikarnikafilms”

The second one read, “Music seating with most talented @gvprakash and @manojmuntashir #emergency”

Kangana Ranaut's second directorial Emergency, tells the story of a watershed moment in the political history of the country, the Emergency, which was declared by the then PM Indira Gandhi on June 25, 1975, and lasted till 21 March 1977.

During this 21-month period, civil liberties were suspended, press censorship came into being and elections were cancelled among other impositions. It is often referred to as one of the most controversial periods of India’s Independent history.

The film also stars Satish Kaushik, Vishak Nair, Milind Soman, Mahima Choudhary, Shreyas Talpade and Anupam Kher among many others. This time around, Ranaut is donning multiple hats. She is not only playing the lead role but she is also producing and directing the film.