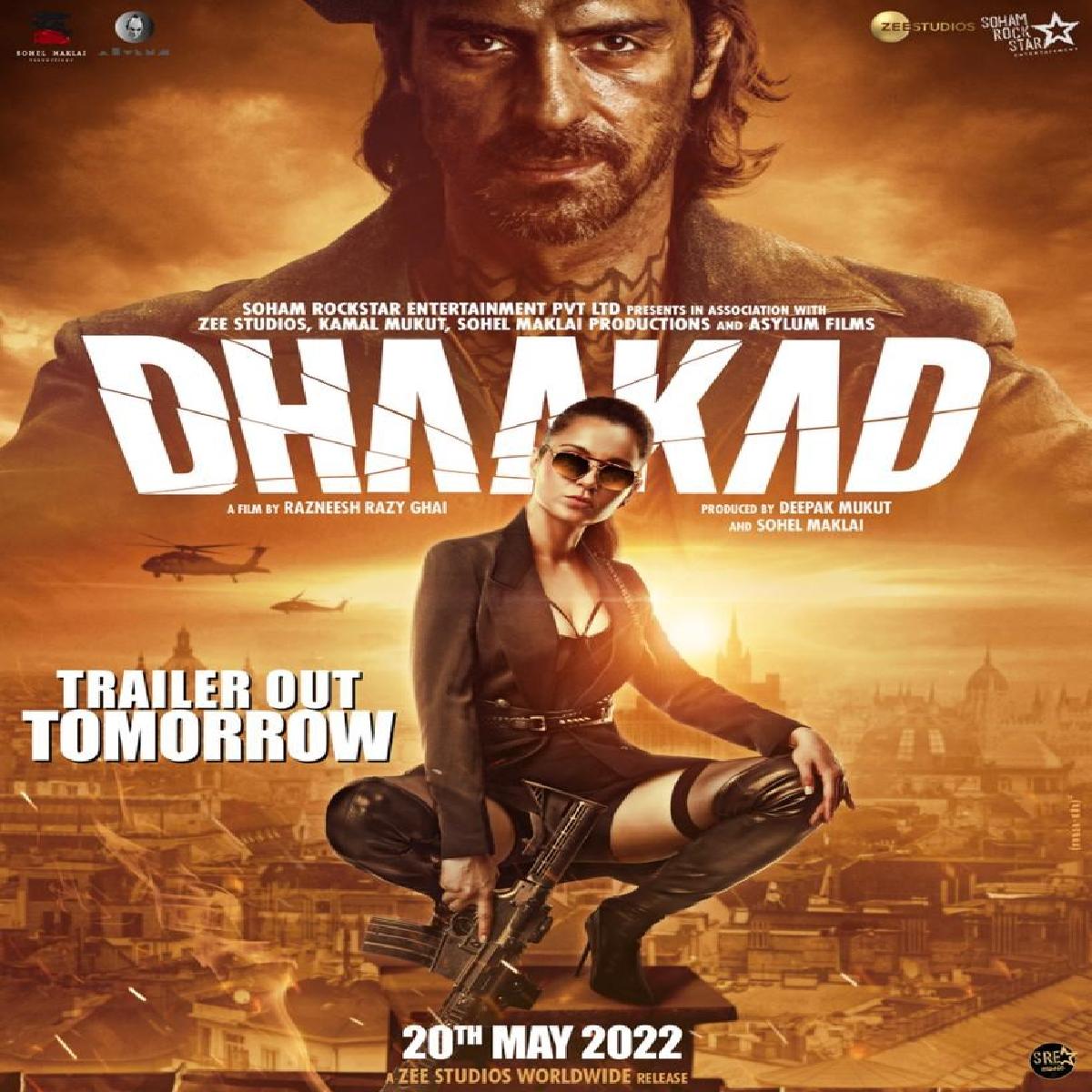 Ahead of its trailer release tomorrow, diva Kangana Ranaut drops a stunning new teaser and poster from the forthcoming action caper Dhaakad.

Sharing the new teaser, Kangana Ranaut captioned her post, “A havoc is in the making because that's what happens when a tornado meets a volcano. This face-off is going to be fierce! Whose side would you pick? #DhaakadTrailer out tomorrow. Catch Agent Agni and Rudraveer in action in theatres on 20th May 2022 #AgniAaRahiHai #DhaakadPoster #Dhaakad #DhaakadTrailerOutTomorrow”

The film features Kangana Ranaut as Agni, a highly trained and deadly field agent, is entrusted with a mission to gather Intel and eliminate Rudraveer, played by Arjun Rampal, an international human and arms trafficker who has been off the radar for ten years.

The makers have also roped in Tetsuo Nagata, an award-winning cinematographer. The trailer will be out tomorrow, the film is slated for 20th May 2022 release.